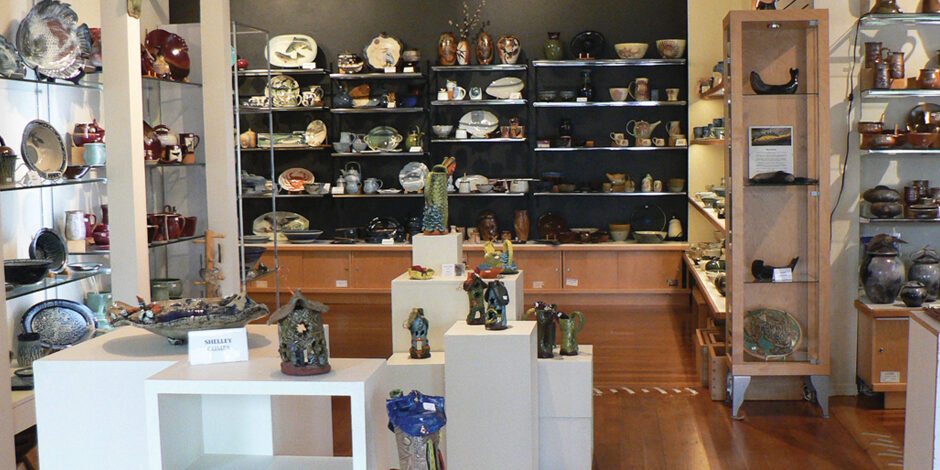 A PASSION FOR CLAY

After thirty years, The Potters Place Gallery continues to flourish.

In 1992, an eclectic group of local artisans joined together to form The Potters Place Gallery. “There was already a club of about 20 potters that met regularly,” recalls Sue Taylor, one of the founding members. “We all felt that we needed a place to display our work.”

They decided to launch a retail outlet in Cumberland in the old Tarbell & Son store. The group called their shop The Potters Place, but other artists and crafters also showed their work there, and other tenants in the building included a florist, a visual artist, and a couple who made paper. While the creative synergy sounds much like modern-day Cumberland, the town was a lot quieter then, and they didn’t get many customers. “It was a beautiful space,” says Taylor. “But it wasn’t Cumberland’s time.”

The following year the group moved to a location on Cliffe Avenue near the Courtenay Airpark, and four years after that, they found their permanent home in downtown Courtenay at the corner of Cliffe and 5th Street. There was a gallery next door owned by woodworkers, and a little tea room nearby. The groups joined forces and promoted the area as the Artisans Courtyard.

In 2005, The Potters Place became a much larger space by absorbing and renovating the woodworkers’ location next door, making room for an ever-expanding number of potters to show their work.

With a vast variety of ceramic pieces—be they functional or artistic, hand built or wheel thrown; high fire or low fire; electric, gas, wood, pit-fired, raku, or salt/soda—the gallery has become a destination for ceramics lovers from British Columbia and beyond.

In 2016, The Potters Place Gallery became a non-profit society dedicated to promoting public awareness and appreciation of the ceramic arts; supporting ceramic artists by giving them an opportunity to exhibit and sell their work; awarding bursaries; and helping potters in need.

In 2017, the group established the Robin Hopper Bursary for Ceramic Arts, named for the esteemed Vancouver Island-based potter who died that same year. It can be awarded to a potter of any age to further their pottery education.

From the beginning, The Potters Place Gallery has operated as a collective, where working and associate members contribute toward running the organization and staffing the shop. Customers enjoy having one-on-one opportunities to learn about the mysteries of firing clay from working potters. At present, the Gallery showcases the work of 13 members, and carries work on consignment from another 18 potters from the Comox Valley and surrounding area.

To mark its 30th anniversary, The Potters Place Gallery will honour founding members with an exhibition of their work in June 2022. Three of these artists remain deeply involved in the group, including Sue Taylor, who says, “It’s been a great adventure all the way through. And we still like each other!”


PHOTOS COURTESY OF THE POTTERS PLACE 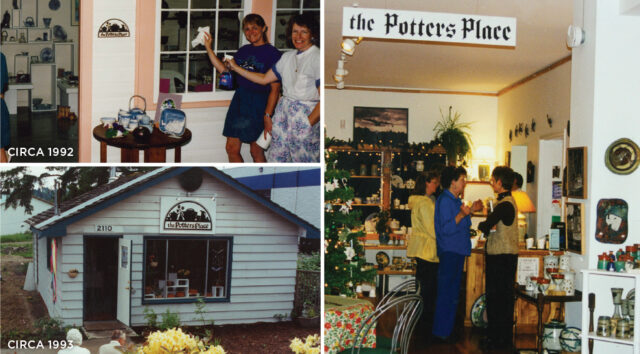