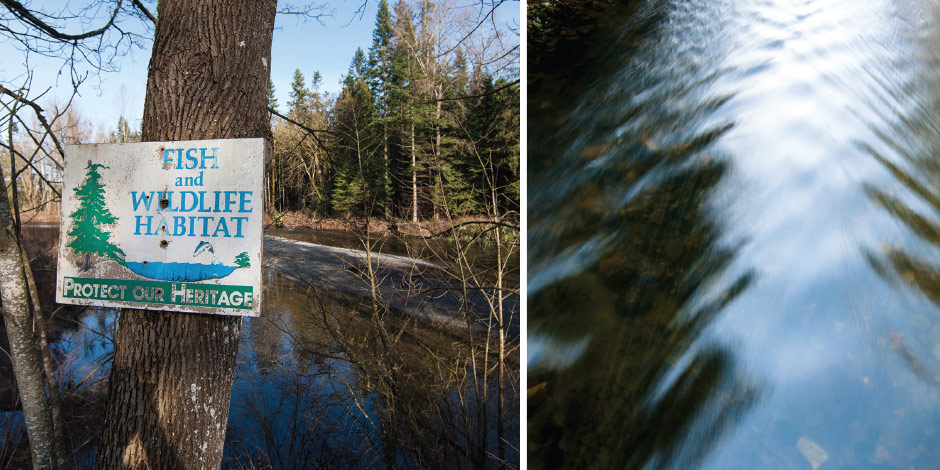 A Return To Life

There’s a simple metric for the health of a river—can fish live in it?

The Tsolum River meanders lazily through farm country north of Courtenay, giant cedars and fir overhanging its banks, pools and riffles. For most of my time in the Comox Valley, I remember the Tsolum as a bucolic river, but one bereft of life.

If flowing water could tell a story then the Tsolum has an epic one to tell. Last year marked a major milestone in the river’s life history when 100,000 pink salmon returned to spawn—the largest since 1935. Not bad for a river that in the mid 1990s was deemed one of British Columbia’s most endangered thanks to the damage left behind by a copper mine on the shoulder of Mount Washington, a project so dysfunctional and poorly executed that in hindsight it makes Donald Trump look like a card carrying Greenpeace member. In many ways, the Mount Washington copper mine is a poster child for how to do everything wrong with a mine, but also a testament to what dogged community effort can achieve. Let’s face it. Hard rock mining is a big, dirty, and environmentally complex business. Nobody wants an open pit the backyard, yet no matter how much we criticize or oppose mining projects it’s hard to escape the truth that so much of what we define as modern and contemporary life is dependent on metal. Scroll the periodic table and you’ll find a laundry list of elements— as common as copper and as obscure as antimony—that we use in everyday life. There’s gold in the electronic circuitry of our smart phones, molybdenum in the steel that forms the edges of our skis, and aluminum in our bike frames. On it goes.

Vast fortunes can be made digging this stuff from the ground, with profits shoveled into the pockets of shareholders and promoters. Historically the public is often left holding the bag for costly cleanup efforts that can last decades after a mine ceases operations and the Howe, Bay, and Wall Street promoters have vanished into the corporate ether. The Mount Washington copper mine operated briefly between 1964 and 1966. The physical footprint of this careless act of commerce is modest—some pits and tailings on Mount Washington’s outback that in winter serve as quasi half pipe features for skiers and snowboarders, as well as the concrete foundations of the old mill visible lower down the mountain below the 9km logging road. The real, more serious footprint is invisible—acid rock drainage.

It’s not some form of rock and roll PTSD. Acid rock drainage, or ARD, is the geochemical fallout from mining operations that occurs when the rock waste and tailings from sulphide minerals like copper are improperly stored, exposed to air and water, and through a natural chemical reaction produce sulphuric acid that contaminates watercourses with acidic run-off rendering them virtually uninhabitable to fish. Managing this waste requires a commitment that lasts much longer than the commercial life of a mine.

Bringing the Tsolum back to life has taken a monumental effort on behalf of longtime conservationists like Charles Brandt and a host of other local citizens behind the Tsolum River Restoration Society—and millions of dollars.

In 2009, after much trial and error, SRK Consulting Inc. helped the society to develop an ARD remediation plan that involved installing something called a geo-membrane liner over the north pit, and parts of the east and west dumps, the main culprits for ARD, as well as a drainage system to capture contaminated seepage. In 2010 the geo-membrane was covered with earth and woody debris to provide a growth medium for alders and grass for groundcover and erosion control.

It’s technical stuff, probably boring to most unless they happen to be geochemists. But these efforts have controlled the levels of copper leaching, and, coupled with ongoing in-stream habitat enhancement, have rescued the Tsolum from the brink. As a writer I’m drawn to stories about mines because of the complex social, economic and environmental considerations they entail. And also, I admit, the hypocrisy of our reflexive opposition to mines (metals—can’t live with them, can’t live without them,) similar to our opposition to all manner of resource development that, as much as we hate to admit it, are fundamental to our affluent lives.

When you read the financials of mining companies like Canadian-based global powerhouse Barrick Gold, especially when metal prices are high, it’s easy to get seduced by the long string of zeros following the digits on the profit side of the balance sheet. Yet they are rarely without controversy. The mine in Faro, Yukon, once the world’s largest open pit lead-zinc operation, has cost taxpayers more than $1 billion in remediation costs since operations shut in 1993, and the remediation work continues, seemingly in perpetuity. More recently the catastrophic failure of the impoundment pond at Imperial Metal’s Mount Polley mine near Williams Lake in August, 2014 was especially sobering given that Imperial is the same company mining the Red Chris gold deposit near the headwaters of the Stikine, Skeena and Nass, three of BC’s most productive salmon rivers. In the environmental assessment process leading up to the approval of Red Chris, Imperial executives promised to engineer mine works to the same standards as Mount Polley— cold comfort.

It took decades to tame the ghost of the Mount Washington mine. The health of a fish river says much about how we live upon the land. We can’t fabricate new salmon streams any more than we can create new oceanfront property. The Tsolum River was nearly lost forever thanks to a brief pulse of copper mining on Mount Washington that never should have happened. Forty years later, the river is finally returning. 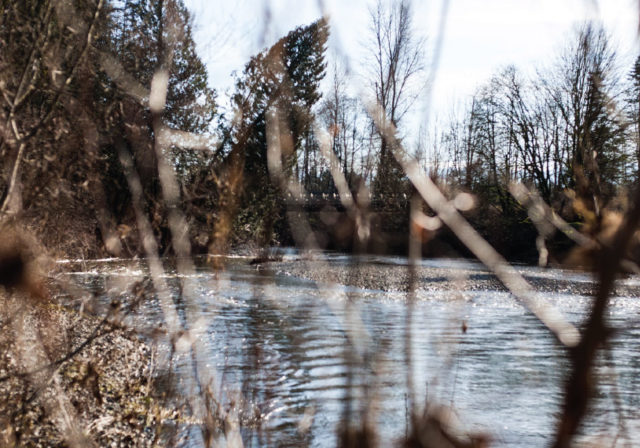