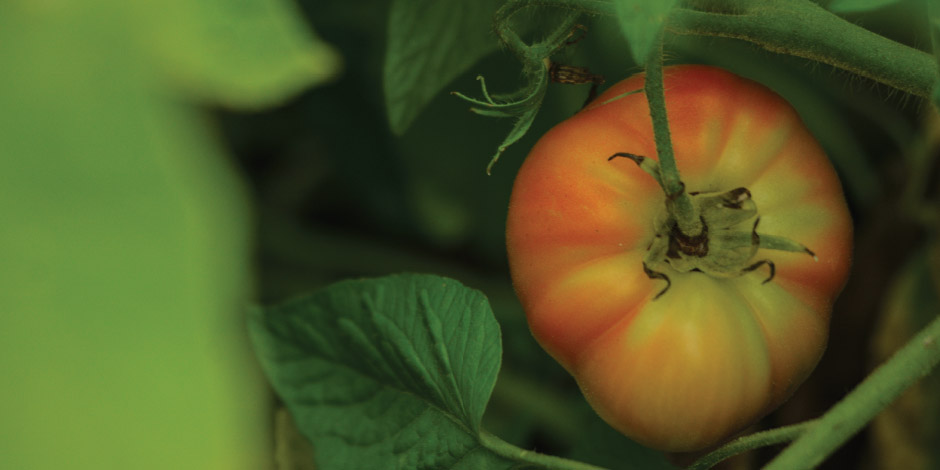 There are many reasons to make fun of the French–their philandering presidents, that air of cultural superiority carried around like a Louis Vuitton hand bag, and their ability to somehow make snobbery appear classy, to name just a few–the list is long (I can say this because I’m half French.) However, I envy them for something else. That is their deep reverence for food–where it comes from, how it is prepared, and with whom it is shared.

Last December at the end of a two-month trip to Spain, my wife, two kids and I visited the French side of my family tree whose branches extend from Paris to Provence. As insufferably “French” as they can sometimes be, we were nonetheless immersed in the beauty of French cuisine made from ingredients carefully gathered from shops, bakeries and markets and prepared with an ease that seems as natural to the French as breathing air. Over 10 days, cousins and aunts hosted us for long lunches and dinners. The focus wasn’t to gorge on massive portions a la North American obesity, but to break bread over simple, seasonal, fresh food, and engage in conversation doused in humour.

We in North America have much to learn. Food is culturally and politically important to the French. After all, when French farmers aren’t happy with their political minders, they’ll jam the Champs Elyse with tractors and paralyze the capital. Even for people who have never marked a ballot in their life, there is one political act that binds us all–it’s the way we spend our food dollar. Unlike any other purchase, how, what, and where we buy our food impacts land use, supports a local economy of people that produces something essential to life, rather than, for example, a piece of digital electronic garbage that people will stampede the Apple Store to be the first to own even though it will be obsolete before their next birthday. Buying local food counters a global agribusiness, that is concentrating ownership of food production into corporate hands intent on inundating the world with GMO foods, buying up the planet’s arable land, and taking out patents on seed stock. It’s the kind of stuff that seems pulled from an Orwellian dystopia but it’s happening right now.

In the Comox Valley, we’re blessed. Agriculture has been a part of life since the earliest settlers arrived to clear patches of rainforest to raise crops and animals. They didn’t do it because they were planning careers in agri-tourism and opening tasting rooms for rich people. They did it out of necessity.

Local First Nations bear the name Comox, an anglicized version of Kw’umuxus, meaning plentiful or rich. It says much about their traditional territory. Cedar stakes in the mudflats of Comox Harbour, arranged in complex patterns, are all that remains of extensive weirs that First Nations used to efficiently–and sustainably–harvest the sea’s bounty. These days, according to the Comox Valley Farmers Institute, there are more than 80 different farms and producers in the region offering u-pick, tours, market stands and direct buy products, and dozens more when you include all the mom-and-pop operations. Together, they generate an excess of $32 million in annual revenue; and that excludes all the value added food processors like Tree Island Yogurt or veteran cheese makers Natural Pastures Cheese Company. Yet farming, the stats tell us, is an older person’s game. The average age of the six hundred and fifty farmers in the Comox Valley in 2014 was estimated to be fifty nine and only twenty five farmers in the Comox Valley were thirty five or younger.

Farming is a tough row to hoe when land is expensive and food distribution channels are geared for agri-business not small farmers. However local young farmers, like those belonging to Merville Organics, are finding a way. This collective of five farms–Ripple Farm, Amara Farm, Green Arrow Farm, Umbella Farm, and Kloverdalen Farm–are collaborating on a food box program and distribution system for organic produce. FEED (Food, Environment and Economic Development) is a recently established program aimed at weaning large institutions off complete dependence on imported American veggies. For example, St Joseph’s Hospital and Glacier View now get regular shipments of tomatoes, cucumbers and other produce from Sieffert’s Farm.

Such initiatives represent a positive shift toward a more localized food economy. Still, I get uneasy with how farming is often framed by political leaders. A few years ago there was a push to market the Comox Valley as the Provence of Canada. You may as well call Port Hardy the Paris of the Pacific. Chalk it up to Canadian insecurity. The Comox Valley’s farming community is rich on its own merits and doesn’t need to ride on the reputation of southern France to give it credibility. For many of us, local farming is still something boutique, cute and quaint rather than an endeavor integral to life. If there is one lesson to be drawn from the current drought in California, it’s that we better get prepared for a new future when supporting local food is no longer discretionary but simply reality. Who doesn’t like almonds? But it takes 4 litres of water to grow a single nut in the industrial farms of the Central Valley, before being trucked and trained thousands of kilometres to our supermarkets. That’s a version of reality the planet can’t afford.