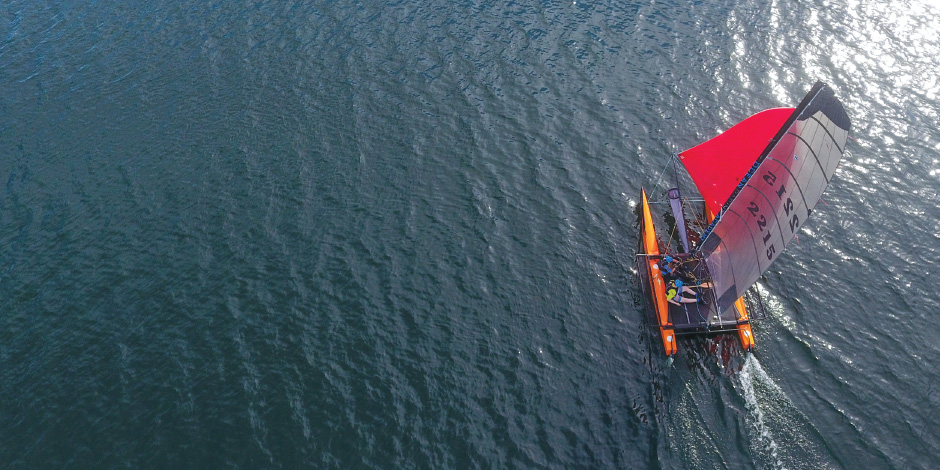 ALL POINTS TO THE WATER: COMPASS ADVENTURE

On the water, the fastest way between two points is rarely a straight line. Sailing, surfing, paddling, it’s all about understanding and anticipating the rhythm and pulse of the wind, waves, and tides–and then reacting so you’re in just the right spot at just the right moment.

For the last two decades the Robinson’s have done just that. Under the banner of Compass Adventure the Comox clan taught thousands of Comox kids how to sail and paddle. As a family they navigated the lulls and gales of business, anticipated trends, and adapted. And now father James and sons Andy and Stu are about to make their most extreme tack to date.

“The Robinson’s have always been ahead of the curve when it comes to water sports,” says Al Gornall, a family friend and avid sailor and paddler. “They’ve always had a vision to give people an opportunity to push farther and go faster on the water. We’re really fortunate to have them in the Comox Valley.”

James founded Compass Adventures in 1997 as a catamaran sailing summer camp in Comox Harbour, one of the first using the more stable multi-hull sailboats. A few years later Andy and Stu joined him as the company diversified: elementary school water safety and sailing programs, stand up paddling before most people even knew what it was, and competitive training for both catamaran sailing and SUP.

James retired last year, handing the reigns to Andy and Stu. As they prepare to celebrate the company’s 20th anniversary the brothers thought it was time to make some changes. For the first time they’ve added adult discover and learn to sail programs (including women’s only classes).

And finally, to create opportunities to try the new boats and rejuvenate interest in sailing, the Robinson’s are jumping aboard an emerging trend — stadium racing. Multiple boats race around a short, tight course close to shore. “It’s really spectator friendly with lots of excitement and the chance of collisions,” says Stu.

The first Comox stadium race is during Sail Fest, a new event the Robinson’s are organizing June 23 to 25. Two other races follow during the summer. “Comox is an ideal venue,” Andy says. The races will take place just outside the marina walls, within easy viewing of the promenade. He hopes the new format will attract local sailors who don’t normally race and lots of spectators. “With live commentary and the racing right in front of you, for the first time sailboat racing is going to make sense,” he says.

All the changes are part of a broader goal for the Stu and Andy. “A lot of people think of the Comox Valley as a mountain community,” Andy points out. “But there’s a sailboat on the Town of Comox logo. We’re surrounded by ocean. We want to show our community what a great water sport town we live in.”