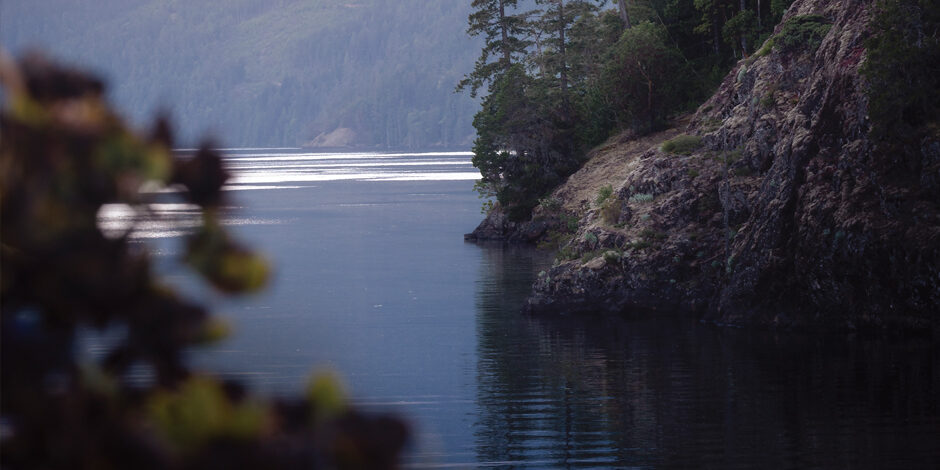 Restoring and reconnecting land and water includes understanding our history.

My first home in Cumberland was on Camp Road, in a row of rough cabins that were built in 1888 when the coal mine opened. The interior walls were thick Douglas fir boards, 14 inches wide, blazed with circular saw burns. The wood was dark, stained with a century of wood smoke and coal dust. These boards likely came from trees that fell within a mile of my house.

By the end of World War I, the entire Comox Valley was a sea of stumps. Ancient trees were taken, first from river valleys and then from mountainsides, to build the communities of Cumberland, Bevan, Comox, and Courtenay. Logs were sent by rail to the Royston log booming grounds, then shipped across the Salish Sea to build Vancouver. Driving this epic undertaking was the Comox Logging and Railway Company, which was once the largest logging company in the British Empire.

Today the Comox Valley welcomes nature lovers and outdoor enthusiasts excited to experience the area’s kayaking, hiking, and biking, and to use the Valley as a basecamp for the wilds of Vancouver Island. But I feel a disconnect between the story we share with the world and the past 160 years of settler activity on this heavily altered landscape. There is a missing chapter in our narrative about the Comox Valley and the ways in which we have transformed the lands and waters that sustain us.

Before the arrival of the first European settlers in the 1860s, the Comox Estuary was one of the largest and most productive estuaries on the coast of what we now call British Columbia, filled with salmon, herring, waterfowl, and clams. At its edge was a massive Garry oak prairie, densely populated with deer and elk, who were in turn hunted by packs of wolves and cougars. Thick, dark forests of old-growth Douglas fir cradled this prairie and reached up into the surrounding mountains. This abundance provided for the Pentlatch, Sathloot (‘sath-loot), Sasitla (sa-‘seet-la), Ieeksen (eye-‘ick-sun), Xa’xe (‘ha-hey), and other First Nations, who traversed the landscape for many thousands of years.

European settlement in the early 1860s marked a process that forever changed the face of this place. From the first farms on preempted lands (160 acres of Crown land sold for $1 an acre to willing settlers) along the estuary and Tsolum River; to the establishment of coal mines; to the damming of Comox Lake, which severed its natural connection to the Puntledge River and the Salish Sea; to the dredging of riverways; to the clearing of forests and the blasting of stumps, the settler hand has been heavy on this land of plenty.

This alteration was accompanied, and enabled, by various forms of ownership. Unceded traditional territory was first stolen and then fractured by the British Crown, the Hudson’s Bay Company, colonial governments, coal baron Robert Dunsmuir, and subsequent landowners. Land, water, and timber titles were pulled apart from each other, as if somehow one can exist without the others.

Why do we need to know this? There are two reasons. One is to understand how our current settler communities—with in-demand real estate and million-dollar views—came to be. The other is to appreciate the context of today’s efforts to stitch together the altered landscapes of the Comox Valley.

Restoring fragmented land and water is work that transcends political jurisdictions and property boundaries. The natural links between creeks, rivers, lakes, forests, wetlands, and shorelines are being reconnected through a potent collaboration between NGOs (non-governmental associations), local government, and the community. The level of collaboration underway is unprecedented, spurred on by the urgency of climate change, rapid growth, and the growing understanding of our dependence on healthy ecosystems for our very survival.

The Kus-kus-sum project, a partnership between Project Watershed and the K’ómoks First Nation to restore the Comox Estuary and “unpave paradise,” is an incredible example of this work. The dredging and channelizing of the Courtenay River were useful for controlling water in the service of transportation, industry, and development, but had devastating effects on the surrounding ecosystems. Kus-kus-sum is an exceptional action toward restoring our altered landscape.

The Tsolum River Restoration Society has worked tirelessly to bring a river back from the brink of total ecological collapse. The Mount Washington copper mine leached toxic metals into the river for decades until community leaders and the K’ómoks First Nation took action to ensure the mine was capped and that funds were secured for restoration work to support the return of salmon to the Tsolum.

The Cumberland Community Forest Society (CCFS) responds to the 150-year legacy of private land ownership and industrial forestry in the Comox Lake and Perseverance Creek watersheds by purchasing private land and championing collaborative stewardship work. So far, CCFS has returned over 540 acres to the community as integrated, protected areas for watershed and biodiversity protection and low-impact recreation.

The Comox Valley Land Trust (CVLT) is leading work to identify priority areas for land protection, including the forest that surrounds the Bevan trail network alongside the Puntledge River. This forest is owned by private timber companies, but the land and trails are owned by BC Hydro. This disconnection of land and timber titles is indicative of the troubling legacy of historic land ownership on eastern Vancouver Island.

These organizations are not alone. For example, the Denman Conservancy is buying lands for ecological protection. And the Comox Valley Regional District, Courtenay, Comox, and Cumberland are working on a Regional Parks and Conservation Areas service that will see regional funds used to support priority land protection projects throughout the Comox Valley.

If the walls of my old Camp Road home could talk, they might have given me a history lesson about this incredible community that has since become my forever home. Instead, I had to do it at my own pace, building my knowledge and forging relationships that would help me to develop a watershed perspective on the Comox Valley that includes both its history and its future potential. With local government elections coming up on October 15, I hope we elect folks who deeply understand our history and share the vision of a restored and reconnected landscape. 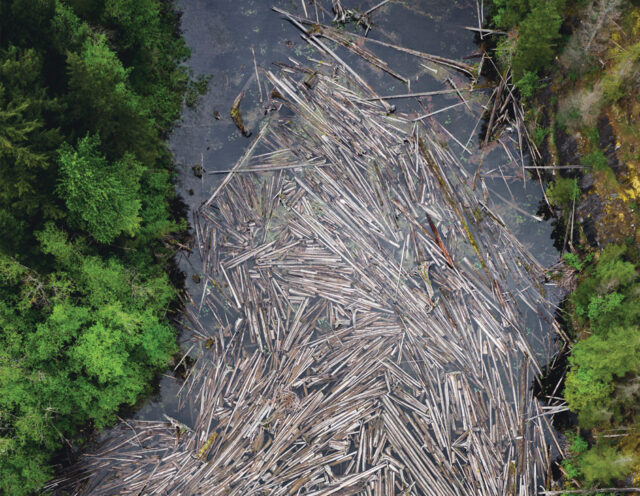