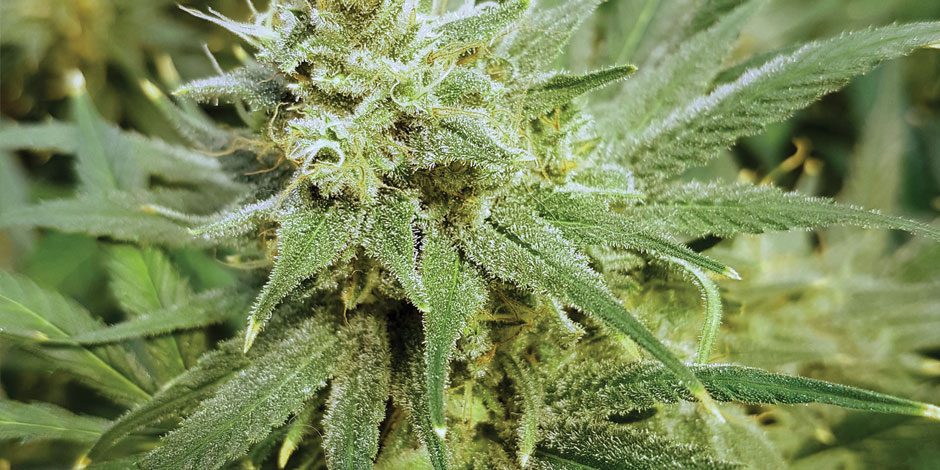 With the Federal Government on the verge of legalizing recreational marijuana use, Comox Valley municipalities drag their heels on implementing non-medicinal dispensaries while consumers find out-of-town alternatives.

Jessica likes to eat her pot. Preferably in a gummy. But it could be years before she can buy them legally at a store in the Comox Valley. Jessica may not be her real name, but she is a real person. After a long shift at work her back aches, and in the past she would pop multiple ibuprofen for the pain. Jessica worried about what the drugs were doing to her stomach and what other side-effects the drug might cause, but she needed them to function.

Then a friend gave her cannabis gummies. They contained cannabinoids—also known as CBDs, the component of marijuana linked with medical benefits—but no THC, the molecules that make you high. Just a small bite worked better than Advil for her back pain. “When I take the gummy I don’t feel high, I just feel relief,” she says. “The gummies have changed my life for the better and they are more effective than any of the pills I was taking. I just wish they were easier to get.”

Jessica buys her gummies online. She could go to dispensaries in Campbell River or Parksville, but neither are convenient. If she had a prescription to use cannabis she could grow her own, or legally order it online. Jessica doesn’t have a prescription and in the last year, all of the local municipal governments in the Comox Valley voted to uphold bans on cannabis dispensaries. The dispensaries that have opened illegally were quickly raided and shut down. The municipalities say they want to wait for the federal and provincial regulations to drop before laying out their own guidelines. Meanwhile proponents say people are denied the healing benefits of pot while millions in potential tax dollars remain out of reach in a thriving black market. “I believe we’re doing a disservice to our citizens,” says Sean Sullivan, a Cumberland Village councillor. “There are a lot of folks in town who don’t have a place to get their medicine.”

The federal government won’t officially legalize marijuana for recreational use until July 2018 at the earliest, and even then it will be for smoking but not eating. Just about every other major town and city on Vancouver Island has at least one dispensary; by my count on weedmaps.com, a dispensary listing website, there are more than 30 brick and mortar cannabis shops on the island. Typically, these exist in a grey area. The shops are technically illegal, but the municipalities award a special business license for them to operate.

In these cases, local RCMP detachment seems to turn a blind eye to the operations. I reached out to the RCMP to understand why they raided dispensaries in the Comox Valley when dispensaries operate freely elsewhere. The Comox Valley detachment referred my questions to the provincial headquarters but I did not receive a response. Sullivan thinks the police use local government attitudes to govern their behaviour.

This leaves people in the Comox Valley like Jessica shopping online. There are dozens of websites that sell cannabis products and deliver to the door; they require a membership, but it’s essentially an address form that needs to be “approved” by a site administrator. “I want to shop locally, but this is one case where I can’t,” she says. Cumberland has come closest to allowing a dispensary. In 2016, council directed village staff to research and write guidelines for licensing.

After nine months of work and three readings, staff finalized a bylaw laying out the number of dispensaries allowed, location, hours, and appearance among other details. However, at the final vote a majority of council failed to support it, despite a poll showing 78 percent of residents in support. The consensus was to follow Courtenay and Comox in banning dispensaries until senior levels of government release their regulations. Larry Jangula, Courtenay’s mayor, sums up their reasoning: “We may go through a whole process and then find out that’s not what the [federal government] wants at all. I think we all want to do it right—we want a system that works for everyone. But at the moment, we don’t know what that is.” Sullivan counters this by suggesting that taking initiative would have allowed municipalities to maintain control. “Passing the bylaw would have allowed us to say this is what we want cannabis dispensaries to look like,” he says. “Now we don’t know how much influence we’ll have. What if we don’t like the provincial or federal regulations? Will we have autonomy to do something different? It’s a big question.”

In February, the provincial government announced that the Liquor Control and Licensing Branch will manage cannabis sales. It’s the same government arm that manages liquor distribution. Like with alcohol, the initial plan calls for both private and public stores. These stores will only sell cannabis and cannabis-related products. What other rules will apply around the selling of cannabis remain unknown.

A major unanswered question is taxation. One of the big selling points for legalizing cannabis is to eliminate the black market. A research paper prepared for the federal Task Force on Marijuana Legalization and Regulation wrote, “The illegal trade of marijuana reaps an estimated $7 billion in income annually for organized crime.” Some experts question the links to organized crime without doubting the size of the illegal industry. Estimates peg the potential total annual tax haul at all levels of government at $5 billion, while B.C.’s provincial government alone could net $75 million in the first year of legalization. But taxation can have unintended consequences as well. Tax too heavily or regulate too rigorously, and legal pot could fail to kill the black market. When Washington State first legalized pot they applied too high of a tax, driving the price of legal cannabis far above illegal weed. The black market continued to thrive until they adjusted taxation to drop the total cost of legal marijuana.

Regardless of how it’s taxed or regulated, edible cannabis products won’t be on store shelves when dispensaries finally open. The federal legislation is for dried cannabis only, which is mostly smoked. It doesn’t apply to refined oils, butters, candies, or other edibles. This decision comes despite a 2015 Supreme Court of Canada ruling declaring that patients shouldn’t have to smoke their weed in order for it to be considered legal medicine. The court found restricting medical marijuana to dried forms violated our rights to liberty and security. When it comes to recreational pot, three in 10 Canadians say they want to try edible cannabis.

The federal government says it needs more time to study how to regulate edibles before legalizing them, estimating that it will happen a year or so after okaying dried cannabis. NDP MP Don Davis argues that ingesting is healthier than smoking, so the delay doesn’t make sense. “It’s ironic that we’re going to be legalizing the form of cannabis that is more heavily ingested by smoking, and not legalizing forms of cannabis that present less of a health impact,” he said. “While we wait 12 months, Canadians are still going to be getting edibles, but they’re going to be getting it from sources that are completely unregulated.”

Indeed, that’s Jessica’s plan. She’ll continue to buy her cannabis gummies online. The gummies are so consistent in quality and easy to dose, she started buying some for her 83 year-old mother to calm anxiety. “They’re really helping her, and they really help me,” Jessica says. “To me, legalizing pot is not just about being able to get high, it’s about finding new, healthier ways to treat all kinds of health problems. I think we need strict regulation on selling pot. But I also think making cannabis products more accessible will help a lot of people.”