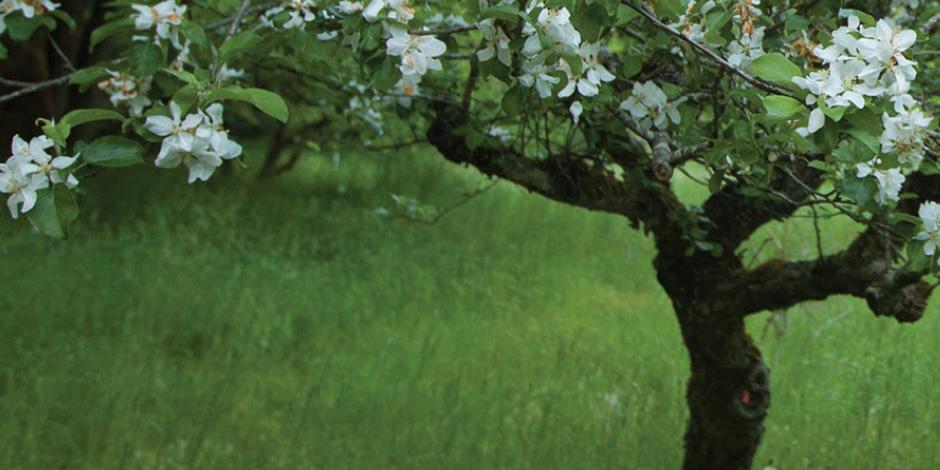 The radiant compassion and wisdom of Amida Buddha and the grace and forbearance of the Japanese who once lived here.

It’s 5:30 a.m., April 15, 1942. The full dark of night is just lifting. Suitcases are packed and weighed and packed again. A last board is hammered into a window frame, securing the building against the ravages of weather and potential abandonment. Diesel engine noises disturb the sudden quiet, and the dream that this is an ordinary day is shattered forever when the buses roll up to No.1 Japanese Town, just outside of Cumberland B.C.

There is a long history of Japanese settlement in Cumberland. The first group of 100 miners arrived from Hiroshima prefecture in 1891. Over forty years, several communities are established around the Comox Valley. For the most part the Japanese keep to themselves and retain their language and customs but children attend local public schools and a common interest in the local baseball league, which fields three Japanese teams, goes a long way to bridge differences.

After the Japanese attack at Pearl Harbour in December 1941 there is a perception, primarily fuelled by politicians in British Columbia, that the Japanese who live here have divided loyalties. Radios, cameras, telephones, and cars are confiscated. Curfew and registration are enforced and now, this April morning, banishment.

Silence stretches thin as the buses stop and start and stop again to load more Japanese residents and luggage along the route. People doze or look back at their shuttered homes. The Issei elders murmur shikata ga nai among themselves, a Japanese expression that means ‘it can’t be helped.’ The displacement is supposed to be temporary and for their own safety, but the exodus for too many becomes permanent.

Months later, Walter Clark, the night watchman hired to patrol the now abandoned buildings at the Royston Lumber Mill, fans the light from his flashlight at the interior of the Buddhist temple. The gold and lacquer shrine he expects to see is missing. Velvet curtains that normally hide it from view are open. The shrine is gone – vanished like the hundred or more Japanese who lived at the mill site.

The Royston Buddhist community raised funds for many years to purchase the shrine made in Kyoto, Japan before installing it in the early 1930s. Whether someone smuggled the large heavy shrine out of the temple before the internment took effect in April of 1942, or hid it somewhere in the Comox Valley and then moved it after, remains a mystery.

Four years after it disappeared from Royston the shrine appears in a Buddhist temple in Raymond, Alberta and remains there until 2006 when it is donated to the Glenbow Museum in Calgary, where it is displayed today.

29,000 Japanese Canadians, most Canadian born, are removed from coastal areas of British Columbia in 1942. In January 1943, Japanese-Canadian property held in custody is sold off without owners’ consent. After the war, Japanese-Canadians are given a choice to settle east of the Rockies or return to Japan and relinquish rights to Canadian citizenship. They are not allowed to return to the coast until 1949. Of the original 588 Japanese settlers in the Comox Valley in 1942, only one family returned after 1949. Some journeys don’t have tidy endings.