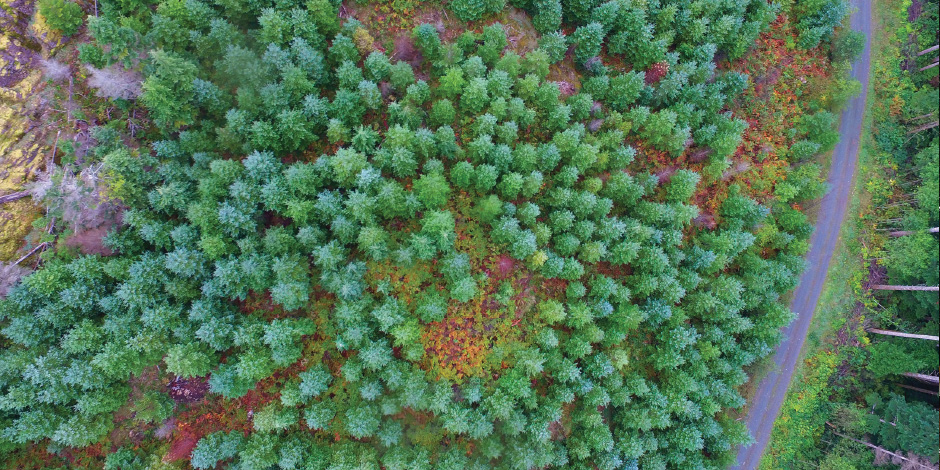 Bees in a mailbox: The age of drones

They’ve been compared to a hive of bees trapped in a mailbox. If there’s truth to this metaphor, don’t be surprised to note that there may well be stinging mailboxes dancing in the skies near you. The fact is, in recent years, hordes of curious individuals from highschool kids and techno-geeks to entrepreneurs and CEOs have been busy launching personal drones to new, previously unimagined uses. Case in point: In 2015, a high profile mishap in the USA cast drone usage into the global media spotlight when one crashed on the grounds of the White House. It prompted an immediate lockdown until officials determined that the device didn’t pose a threat. The operator came forward and said, “Sorry. I was only using the drone recreationally and didn’t mean to fly it over the White House.”

Closer to home, a Vancouver resident was recently having dinner when suddenly he heard what he thought was a swarm of bees outside his apartment on the 36th floor of his condo. Next thing, a neon-coloured drone popped up, hovering just a few feet away with a camera pointed right at him. Describing the experience in a tweet, the gentleman said, “The future is creepy.” He called the police, noting his concern was “a gross invasion of privacy” then sat back down and calmly finished his meal.

It’s worth noting that the correct name for these devices is Unmanned Aerial Vehicles (UAVs), but the hobby term ‘drone’ has become commonplace. Essentially, a drone is a flying robot, used in situations where manned flight is considered too risky, difficult, or expensive. They may be remotely controlled or can fly autonomously through software-controlled flight plans embedded in their systems that work in conjunction with onboard sensors and GPS.
Until recently, drones were most often associated with the military, where they were used initially for anti-aircraft target practice, intelligence gathering, and then, more controversially, as weapons platforms. But drones are now also used in a wide range of civilian roles ranging from search and rescue, surveillance, traffic monitoring, weather monitoring, and firefighting. Drones are also used for personal and business drone-based photography, as well as videography, agriculture and, more recently, delivery services.

SauvAir is a Cumberland-based company who is at the forefront of drone usage in the local area. Their focus is to digitally capture both photographs and videos from new heights and angles, “which provide endless opportunities for a variety of applications,” says Colin Filliter, Operations Manager. “They say a photograph is worth a thousand words. Then an aerial photo is worth two thousand words because so much more can be seen from the air, and an aerial video is worth ten thousand words!”

Much of the imagery SauvAir collects is geared towards industry.  “This imagery can be analyzed, turned into high resolution maps, 3D models, and then helps guide in management decisions,” says Filliter. SauvAir works with numerous prominent local organizations, including the Comox Valley Regional District (CVRD) Water and Waste Management, BC Wildfire Service, Island Health, Mount Washington, private forestry companies, and local realtors.
Rick’s Kopter, based in Royston, is another local business using drones. Owner/operator Rick Ward says, “Drones with cameras can give business and events very unique views from the air to provide the viewer a good idea of area perspective and the ability to see a lot of territory very fast.” Ward adds, “Mostly my work with drones consists of work with local real estate agents/listings but I have also worked with the Department of Fisheries with area management and Project Watershed’s eelgrass habitat restoration. I have also done events like Tours de Victoria—which required a lot of permits to record—and a few local events like Car Free Sunday and Cumberland fire exercises.”

The rapid adoption of drones has been somewhat contentious, sparking many complaints, concerns, squabbles, and online banter. Personal privacy and human safety are the two most common issues at play. In Canada, regulations state that recreational drone use must not get closer than 150M from people, buildings, structures, or vehicles, but the fine print and policing of such a rule has turned into a difficult and confusing matter.

Additionally, drones have been deployed in areas deemed to be potentially unsafe, such as densely packed city streets, major sporting events, and near airports. The Star Wars-like term “No Drone Zone” has been coined in response to these threats. Filliter points out that much of the public is unaware that UAVs are very tightly regulated by Transport Canada.  “The biggest thing the public doesn’t understand is that if you are using them for a commercial use, 95 percent of the time you will require a Special Flights Operations Certificate (SFOC) from Transport Canada.” This certificate requires implementation of trained UAV pilots, flight procedures, safety manuals, insurance, record keeping of flights, approval from airports, etc.  According to Filliter, “These measures are good, but despite the certification, there are many rogue companies who are ignoring the rules and flying illegally over groups of people and closed airports. It is really frustrating.” It seems the $1,000 to $25,000 fine for unlicensed use is not deterrent enough for some. “But most companies are doing the right thing,” continues Filliter. “Transport Canada is trying hard to regulate and enforce the rules but it’s tough because there are so many (drones) becoming available.”

In an era when real-time imagery is the new norm, and rapid response to calamity is key, the myriad benefits of drones are undeniable. Used responsibly, they offer cheaper, faster, and more accurate data and solutions to a wide range of issues faced by communities the world over. Rick Ward says, “The future of drones is very promising, with automated flights that will allow multiple drones acting as one unit to accomplish a variety of key aerial tasks.” Not to ignore the stunning eye-candy drones routinely capture. Our natural world is coming at us from splendid new angles of great beauty–compliments, in large part, of the buzzing bees in mailboxes above us.