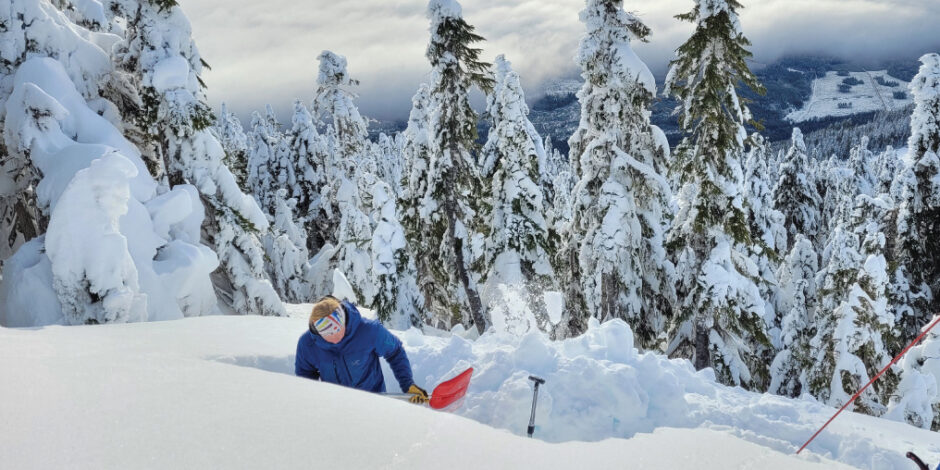 Avalanche Canada comes to the Island.

Colin Garritty has an enviable job. Four days a week, all winter long, he gets paid to ski and snowmobile the mountains of Vancouver Island. Somewhere different every day. Locations like: Mount Cain, the Prince of Wales Range, the Beadnell snowmobile area, Mount Apps, and Paradise Meadows. In a couple weeks he ticks off more objectives than many backcountry skiers accomplish in a season. He admits there’s plenty of fun sledding and skiing involved, but his work is serious: Garritty is an avalanche field technician and forecaster for Avalanche Canada.

“I feel a lot of responsibility,” he says.

Avalanche Canada is a national nonprofit that forecasts avalanche danger across the country and throughout British Columbia. Last winter the Revelstoke-based organization took over avalanche forecasting for Vancouver Island, increasing the frequency and rigour of the information used by a growing backcountry community to stay safe.

“Vancouver Island is a region that should have had the full involvement of Avalanche Canada for a long time,” says Gilles Valade, the organization’s executive director. “Securing stable and long-term funding made the expansion possible.”

The Vancouver Island Avalanche Centre Society (VIACS) had been producing weekly avalanche forecasts for the Island since 2005. But it was volunteer run and relied on donations. In 2018, the federal government created a $25-million endowment to expand Avalanche Canada’s forecasting to new regions. The money hinged on provincial support. In 2021, the BC government finally announced its own commitment of $10 million for 10 years, allowing Avalanche Canada to take over from VIACS.

Last fall, Avalanche Canada hired a local three-person field team that included Garritty, who had already worked for Avalanche Canada for several years and had recently moved to Campbell River. The organization also provided a truck, three snowmobiles, and a Campbell River office space for the team. VIACS had none of those things.

These changes allow the field team to be out on the snow at least four days a week, substantially more than VIACS could afford. They also mean daily, versus weekly forecasts, which translates into more useful information, says Garrity.

With the Island’s active weather, conditions are often starkly different from a forecast made several days before, so more frequent avalanche bulletins provide more accurate information for people making decisions that their lives may depend on. A few more degrees Celsius, or 10 more centimetres of snow, can change the forecasted avalanche danger from moderate to high. For many, that’s the difference between going skiing and staying home.

Each week, Garrity and his team look at the weather forecast, snow conditions and reports of recent avalanche incidents. To get a good geographic sense of the snowpack across the Island, they also consider where they have and haven’t visited lately. They take all that information and create a plan.

“We think about how to build on the information we have,” he says.

If they know there’s a storm coming, they’ll build the week around that. Before it arrives, they want to visit a location where they can gather observations on the snow surface and snowpack. During the storm, they want to get out in it to see what’s going on and test how the new snow is bonding to the old. And afterwards, they’ll head to the alpine to look for avalanche activity.

Each day, they return from the field and submit their observations (along with any reports from the public) to Avalanche Canada. A team of forecasters based in Revelstoke writes the forecast for the Island—and all other regions of the country—and posts it to avalanche.ca.

The first is an increase in local forecasting. Instead of breaking the province into 14 fixed geographic regions, all the mountainous areas of Vancouver Island being one of them, forecasters can now make forecasts specific to 92 subregions, including north, south, and mid-Vancouver Island. That means if it dumps at Mount Cain, but Paradise Meadows only gets a dusting, forecasters don’t have to waste valuable words explaining the variability. They’ll just write separate forecasts.

“It gives us the ability to be more accurate and specific,” Garritty says.

The second change is that Avalanche Canada is expanding its youth education program to Vancouver Island this winter, bringing its avalanche curriculum into classrooms.

“Youth education is proven to work,” says Valade. “The younger you get their attention with safety, the better the buy-in, long term.”

It’s all part of the organization’s goal to make the winter backcountry safer, even as it gets busier.

“My hope is that Avalanche Canada’s presence sets up a centre of gravity,” Garrity says. “I hope it helps build a safety-oriented backcountry community on the Island.” 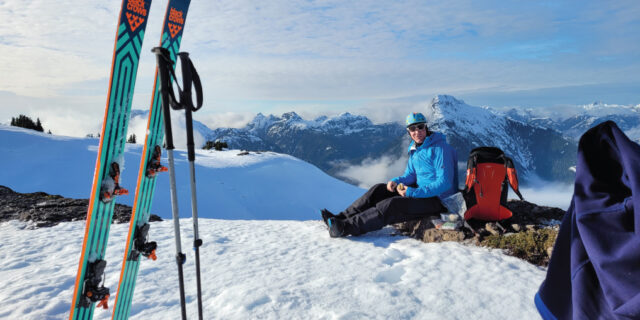