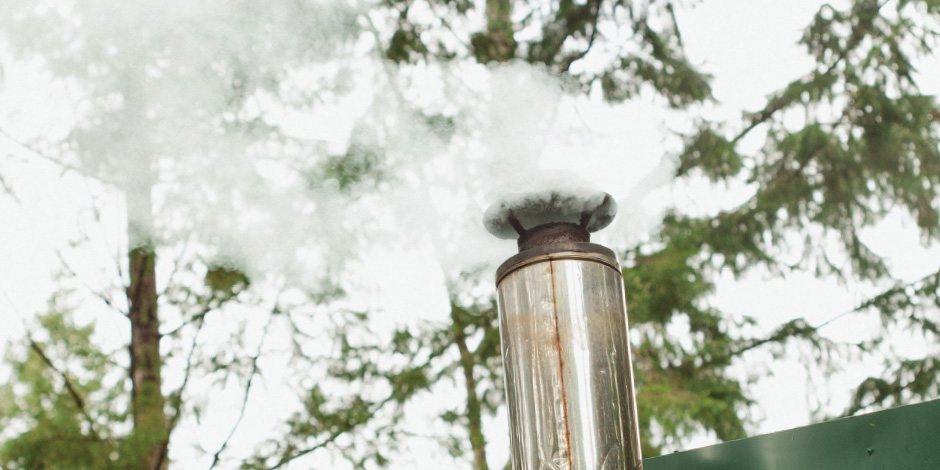 There are really only two ways to understand what’s going on in the world. Argue about it over good beer (my favourite!) or use science (a close second). So, when Clive Powsey, who has worked hard to start (and keep up) the conversation about air quality in the Comox Valley, suggested we get together for a beer and talk about it, I was all in. Especially since he had some science with him.

People were already discussing air quality in the Comox Valley, both on social media and in local papers. So when Clive and I did get together for that beer, I already knew some of the facts about our air quality. But when we sat down to talk, I found what he had to say very compelling.

The BC Ministry of the Environment has an air quality monitoring station in the Comox Valley, and the data from that station paints a hazy picture. Last winter, we had three multi-day air quality advisories alerting people to the risks to their health caused by our polluted air. And the BC Lung Association reports that Courtenay has some of the worst levels of particulate matter in the entire province. At its worst, the particulate matter in our air rivals that of Beijing, a notoriously polluted city where residents regularly walk around with dust masks on. If that doesn’t get our attention, I don’t know what will.

It is November through February that the smoke is worst. The Valley is capped by cold air that prevents the smoke from venting properly. The primary cause of our sometimes-poor air quality is residential wood burning, since we have no industrial source of air pollution. Slash burning on clear-cuts creates a strong dose of air pollution, but only for a short window each year. So it’s residential wood burning that the Comox Valley Clean Air Coalition focuses on.
Modern wood burner designs have cut down the amount of particulate matter that they emit, but their efficiency relies on proper use, and even more so on properly seasoned fuel. Most sources say that firewood has to be dried for one year before burning, and Natural Resources Canada (NRC) used to suggest 16 months. Now NRC recommends against indoor wood fireplace or woodstove use, especially in new homes. That should tell us something.

If you do burn wood, it is important that your wood is well seasoned. Not only does seasoned wood produce fewer harmful emissions, it also burns properly. Trying to heat your home with poorly seasoned wood is an exercise in frustration. Green wood doesn’t generate enough heat, pollutes the air, and fouls your chimney. Wood burners should burn hot and clean, and if there is a lot of smoke coming out, you’re doing something wrong. When a wood burner is operating properly, you can see very little smoke coming from the chimney, or none at all.
As for Clive Powsey, he’s more artist than activist, and other people have now taken the reigns of the Comox Valley Clean Air Coalition. The Coalition focuses on data rather than opinion, so they’re a good source of information about air quality and its impact on health.

Fire, besides its ability to warm our homes, has a reflective, mesmerizing effect on the gazer. We crave the warmth and the thoughtfulness it brings. But when our fires are affecting our air quality, it’s time to re-think things. If you burn wood to heat your home, consider switching to a different heating source. And if you do burn wood, make sure it’s well seasoned.