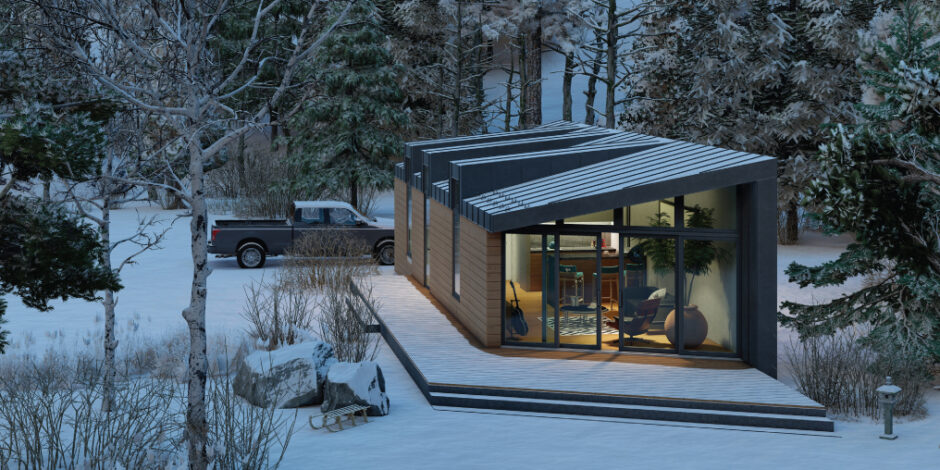 Using the language of architecture to build a life in a new country.

While some of us were out celebrating Valentine’s Day this past February, Eugen Sushko was feverishly drawing at his architectural office in the Ukrainian town of Bucha. Although there was serious talk of war, his clients nonetheless expected their house designs and projects to continue.

Eugen, his wife, Oksana, and their two young daughters were awakened early on the morning of February 24 to the sound of blasts at the airport not far from their home. Their country was under attack. Eugen and Oksana quickly packed their car. Fifteen minutes later they left their home—and everything they knew about life—behind.

People were trying to flee the city, but gas rationing had begun. Eugen had been putting away cash and storing gas in the preceding months, and believes this is the only reason he and his family got out that morning. Many of their friends did not.

After two days, they arrived in southern Romania, exhausted, shell-shocked, and facing an uncertain future. Six weeks later, wanting to get as far from the war as possible, they took a leap of faith and applied for visas to Canada.

Their visas arrived within 10 days, and more good news followed. After one Zoom meeting, Stefan & Karen Szkwarek, who live in Comox, had agreed to sponsor and host their family. In fact, the Szkwareks had already started fundraising and community outreach efforts to help support Eugen, his wife, and their daughters once they arrived in Comox.

A short while later, Stefan contacted me and my husband to see if we could use our architectural and business development contacts to help Eugen find work. (John has been the principal architect of Chislett Architecture and Planning for decades.)

After meeting Eugen, we quickly learned that when someone is able to pursue their chosen profession, their love for (and focus on) what makes them thrive is unstoppable.

When they’re looking over architectural drawings, Eugen and John have a natural understanding. Regardless of whether Eugen knows every word in English (he does not) they share a universal comprehension of massing, space, layout, roof lines—all the knowledge and intuition required to create a beautiful, functional building.

Eugen’s arrival in Comox was well timed for John and me professionally. Having just begun our retirement project, The Butterfly House—a co-living home to age in place—we were looking for another designer to work with us.

We also wanted to find a company to build it offsite and offer turnkey delivery. This is how Ken Sharpe and Anthony Belisle—the founders of Supermod, a modular construction company based in Campbell River—entered the picture.

Eugen and I drove up to meet them, and from the first hello, a natural synergy was apparent. Like John, Ken and Anthony appreciated Eugen’s thoughtful, modernist design and solid architectural skills.

While Eugen waits to qualify as a licensed architect in Canada, he’s joined Supermod’s design team; his first modular house design, the Mariner, was just launched. It’s a sleek one-bedroom accessory dwelling unit (ADU) with a West Coast aesthetic that makes it feel much larger than its 560 square feet.

On top of the design fees that go directly to Eugen for every unit sold, Supermod will donate $2,500 from the sale of each Mariner to any Ukrainian charity chosen by the buyer.

There’s a lovely full-circle feeling knowing that Eugen’s skills—not to mention those of Oksana and their daughters—will help build a better Comox Valley. 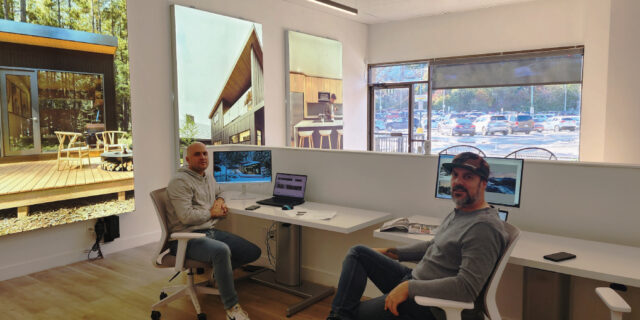