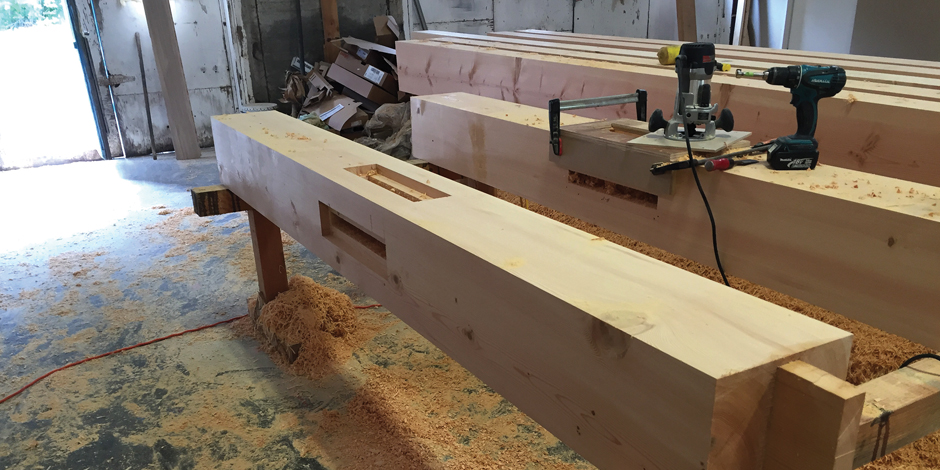 A cabin built from the woods

I met Cyril Werlen from cascadianwoodtech almost a year ago in our favourite coffee shop. Unbeknownst to me, this Swiss ex-pat, with an adolescent grin and antique carpenter’s ruler in the pocket of his Carhartts, along with his partner Reto, were yet another pair of local craftspeople whose story I’d get to tell.

Cyril Werlen started his foray into woodworking at the age of 14. By 16, this son of a police officer started his apprenticeship in his native Switzerland. In the winter months he worked as a cabinet maker and his summers were spent timber framing. He moved to Canada in 2009 when he met fellow countryman and wood engineer, Reto Schnyder, who serendipitously had also recently moved to the Great White North. In 2013, Cyril left the shop he was working for to start cascadianwoodtech. In 2014, when the demand for cascadianwoodtech’s product became too great, he approached Reto and the two have been collaborative partners since.

Cyril’s mantra is “Everyone should be living in a timber framed home.” There’s an abundance of first and second growth fir on Vancouver Island and he strongly believes that there’s no reason why these almost mythical timbers should leave. Without standing on a soapbox, he tells me that timber framing lends itself to greater flexibility in floor plans, as the integrity of the framed structure allows for fewer loadbearing walls. He continues, explaining that the first and second growth trees only travel as far as Parksville for milling, and the process of timber framing yields less waste than the standard practice of ‘‘stick framing’’.

Cyril’s passion for his traditional craft borders on spiritual. I notice a small spruce tree nailed to the ridge beam. The tree or branch goes up as the last timber is placed. When the last nail is driven home, the foreman toasts the build with a glass of schnapps. The tradition of “topping out” is meant as a thank you to the clients, a blessing for the house, and to ward off evil spirits.

Working from rough sketches or even a simple notion, he and Reto are able to fabricate a structure that has both structural integrity and welcoming form. These two aren’t content simply manufacturing a house. Their goal is to build a home. Like many great craftspeople they truly believe that they are not simply making a product, but crafting an heirloom. A “forever home” built with purpose and passion.

There is an intricate simplicity and honesty in the way these two approach the construction of a timber framed home. Listening to Cyril talk of his process, I am reminded of a quote from Thoreau “I went into the woods because I wished to live deliberately…” Thoreau’s oft-debated Walden, chronicles an experiment of building a cabin in the woods. In the book, there’s an underlying theme of self-reliance, practicality, and environmental perseveration. Now I’m sure the cabin that was built on Walden Pond was not as extravagant as the homes Cyril and Reto craft, and the fact of the matter is that even Thoreau felt that way of life wasn’t practical. But their thoughtful use of local materials, adherence to tradition, and passion for the local environment, does make me wonder why we all aren’t living in timber framed homes. 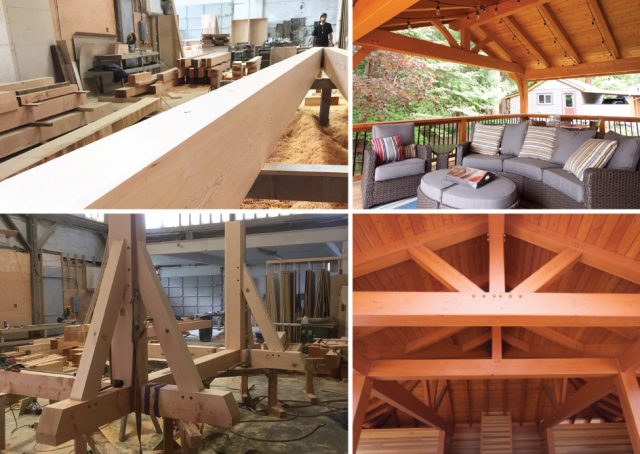