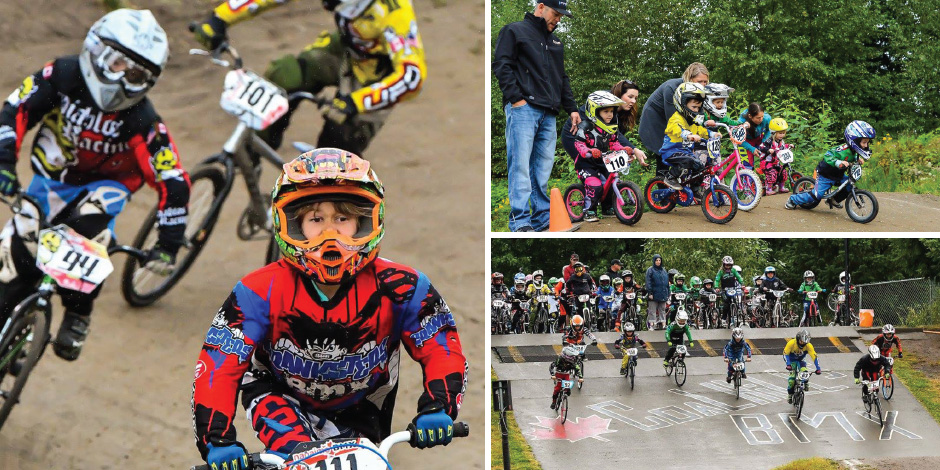 Before the Coal Hills BMX Track in Cumberland opened in 2007, my loving parents shuttled me to Nanaimo several times a week for 10 years. I returned to racing this year with my husband, my 5-year-old daughter, and my 16-month-old son in tow, who cheered from the sidelines. I’d like to think “GO GO GO” were his first words. I’ve reunited with a lot of riders, some who have returned with their own children and some who were youngsters that now compete in the Olympics.

A small group of volunteers in the community, my family included, came together to build the Coal Hills BMX Track. A tremendous amount of time and energy went into planning and building. Without those pioneers and the amazing volunteers we’ve had throughout the years, there wouldn’t be a track today.

BMX is one of the largest family sports around and includes riders from 2 to 72. From moms and dads cheering their children on, to children cheering their parents on, this is one sport the entire family can take part in. Everyone walks away with an award at the end of each race, insuring no one is left out.

As a parent, I know how hard it can be to keep commitments; BMX racing gives you the freedom to attend as many or as few races and practices as you wish. You pick and choose what you want to do and how far you want to go.

For a taste of the sport, join us as a spectator for the Vancouver Island National in June. This is an incredible opportunity for our community and for us, as we expect to see close to 800+ riders of all skill levels, from across Canada and the US. Even the little ones, who are a joy to watch, compete on their pushbikes, doing only half the track.

For those who don’t have the confidence to race in the National competition, Coal Hills will also be hosting the 2017 Vancouver Island Championships in September, which is a series event for all Vancouver Island riders. Each track on the Island hosts a Challenge race, we tally the points earned at these races and combine them with the final championship race, giving riders the chance to claim the title of #1 on the Island.

Olympic Day Racing is a free, fun event on June 10th, open to existing and new members, to show support for our aspiring Olympic athletes. Aleasha Wiebe and Adicus Bird are two young women from Coal Hills BMX who are focusing on the Olympics and I believe they have a serious shot.

Though I haven’t been with the track continuously since the beginning, I’ve seen a lot of growth: more races, more riders, more excitement, and of course, family fun. Come on down to watch or to race, as everyone is welcome.

Visit coalhillsbmx.com or our Facebook page for more information.