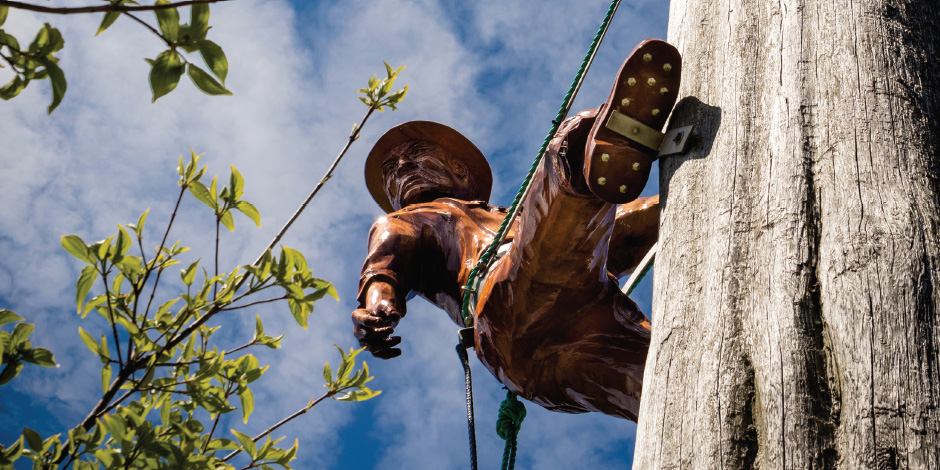 The evolution of a visionary carver

At the tender young age of eight, while attending Quadra Elementary School, Cody LaFrance (Beaver) was assigned a school art project using wood. Absent of suggestions from his parents or anyone else, he created his first piece of art, a west coast aboriginal paddle. His canvas was a small piece of plywood and his tools a pocketknife and felt pen. This paddle was painstakingly whittled, shaped, and painted into a very realistic and distinctive looking paddle, in the west coast native style. At this very young age, and with the absence of native art influence, the seed was cast. Beaver’s carving journey had begun.

As the years ticked by he continued to whittle with a pocketknife. Cody carved little animals of every description, including alligators. Years later after graduating high school, he was influenced to carve in the traditional native style by his girlfriend Jessica Chickite and her family.

When Cody approached renowned carver Max Chickite with a request to learn traditional native carving, the first thing Max said to him was, “You have to make your own carving knives.” Without question, he set about making his own set of specialized carving knives. Max sensed that this young fella was keen to learn about the ancient traditions and accompanying distinctive carvings, so he lent Cody a set of knives, but reminded him that he had to finish his own. Cody complied.

Over the next few years Cody’s carving developed exponentially. His first traditional piece was the Winter Moon. He started with a large piece of western red cedar, working meticulously. Using a power saw first, and then the borrowed knives, Cody shaped out a traditional mask. This was the start of a succession of masks, paddles, and other traditional carvings that would include the Bakwus’, Tsonokwa, and a one of a kind Thunderbear mask. In addition, Cody would help Max with the carving of welcoming poles, honour poles, and other traditional carving projects.

Competing in Transformations on the Shore, Campbell River’s annual carving competition, was next on Cody’s carving journey. Starting in the novice division, Cody carved “See Wees,” a life sized traditional figure in honour of his now father-in-law, Max, whose Indian name is See Wees. It won first place in that division.

Over the next few years Cody never missed competing at this popular event. He competed his way through the carving divisions to eventually settle in and compete consistently in the professional category.

While on this artistic journey Cody’s popular carvings won first place or placed in the top three in every division, every year. It was during this time that the visionary being within him began to expand. He blended traditional techniques with his contemporary vision, creating wood sculptures like “My Girls,” a carving about Jessica and their daughter Jaycee.

It was his carving called “Far Beyond Driven” that caught the eye of not only the judges but also the public and his fellow carvers. This piece won first place in the Professional Division, People’s Choice, and Carver Choice categories.

Cody’s talent does not go unnoticed. Western Forest products commissioned him to carve a logger, a larger than life sized man-of-the-woods, to be used as a safety award for logging operations. Most recently, the city of Campbell River awarded Cody the task of carving a new Logger Mike, the old time high-rigger logger that adorns the pole in the centre of the community.

From a young boy who was touched with a spark to create, to a visionary, seasoned artist and carver, his creative journey continues to flourish and will remain until the carving tools and Beaver become silent. His masterpieces will live on forever for all to admire and enjoy. 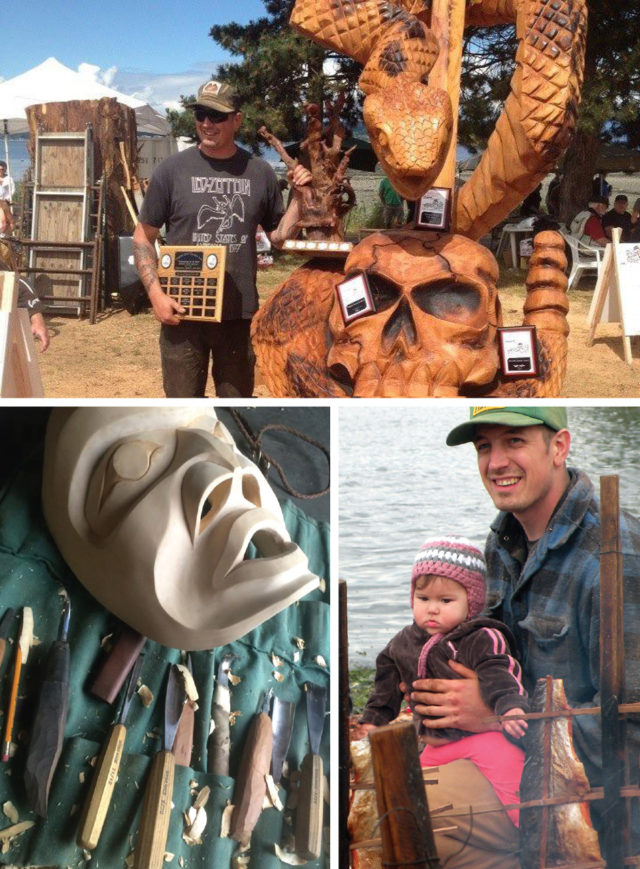