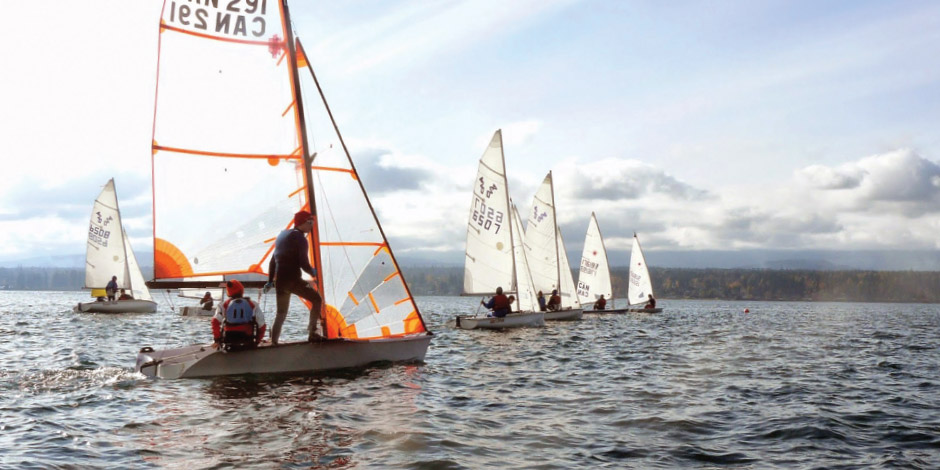 Confessions Of An Average Sailor

“I used to race Lasers when I was a kid” is what I wrote on the new member release form. A half-truth. It should have read, “I used to bob around a racecourse daydreaming in a very unmotivated fashion.” That’s more like it.

Standing on the dock at the Comox Bay Sailing Club that first midsummer Wednesday, I didn’t feel prepared for race night. I’d been off the water for twenty years. I had no memory of how to rig a boat, yet there was an expectation that I should be able to navigate the thing off the dock and out into the harbour, singlehandedly.

Looking around at the other sailors rigging, nobody looked particularly intimidating. In fact, everyone seemed really normal. One is a contractor, another a farmer. There’s a diver and a tugboat worker. The sailing club I remembered from my hometown was a place where half the building was closed to anyone not wearing a tie. These people change in the parking lot, for Christ sakes. What have I got to be nervous about?

Well, for starters, will I be able to navigate the first tack without getting tangled in the line of powerboats waiting to use the launch? Will I capsize and not be able to right my boat? Will somebody quiz me on starboard and port, and I’ll get it wrong? What if I have to pee?
Overwhelmed by the myriad of ways I might embarrass myself, I put on my lifejacket and a brave face, and pushed off the dock… Not only did I avoid catastrophe that evening, but I won the race. It’s a glory I hold dear, as it was one of only handful I’ve won since. Two years and countless hours of practice later, I’m still not a very good sailor.

But on a Wednesday night, it doesn’t matter. The mood on the dock is giddy. Nobody cares anymore if they’ve had a bad day. We’re going sailing. I’ve been checking the wind online all day, reviewing strategies and boat handling, imagining myself doing it right. By mid afternoon I’m like a dog that knows its master is headed home.

Four thirty and we’re pulling hulls off the rack. An hour later the dock is full sail, looking like a schooner ready to pull the whole raft off to sea. Sailing out to the harbour through the marina the wind shifts and swirls in the narrow channels. Then the delight of hitting the true wind as my bow passes the breakwater. The sail to the start line is my chance to observe everything around me before the race begins. Amidst the greetings of harbour seals, I take in the shift of the wind, the pull of the current, the shape of the weather. But above all, I savour the perspective I get only here. The land is a stage where the rest of my life happens; right now I’m a tiny dot in the wind.
Six thirty and the races start. I’m trying to stay calm and focused, like this Wednesday night race with a bunch of buddies doesn’t mean anything. But it does. We’re here for fun, but it’s fun to win. Even though the different classes of boats sail at different speeds by design, the glory still rests in making the finish first.

I seem to race better in high winds, when performance is based more on strength than on actual skill. Light-wind sailing is my biggest challenge, trying to get my boat to slowly drift to the mark faster than others are slowly drifting to the mark requires constant evaluation of conditions, combined with tiger-like reflexes. My improvements are marked in the tiniest of increments.

More often than not the fleet races until the sun sets behind the glacier, leaving just enough light to de-rig our boats. The race now is who can get packed up and to the pub fastest. A cold beer after a summer sail is its own brand of trophy. 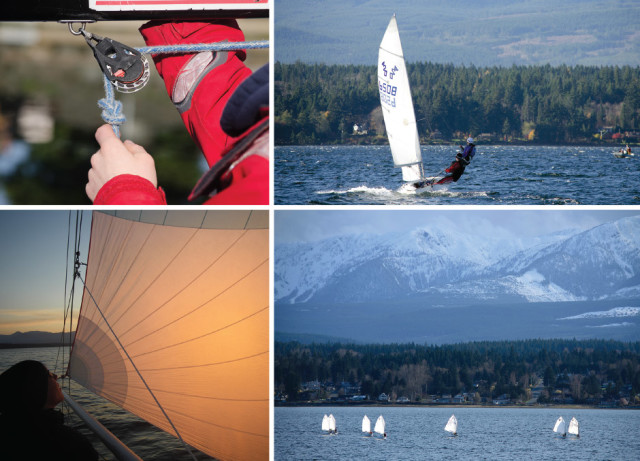