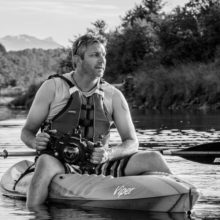 While growing up in New Zealand, Eiko acquired his first SLR camera at the age of fourteen. He quickly discovered his passion for capturing images of animals, especially birds, in their natural habitat. During extensive trips along the West Coast of British Columbia and Alaska in the early 1990’s, his focus shifted to coastal landscapes above and below the waterline.

The catalyst that drew Eiko deeper into underwater photography were two shark diving expeditions in 2011. Whether exploring the ocean or alternate bodies of water, such as marshes and rivers, Eiko has developed a dramatic style in which he celebrates the corners of our world which are seldom seen. He captures the surreal through constant awareness of lighting and unique angles. Published in numerous international magazines, including National Geographic, Diver, People!, his art work has also been sold worldwide. While a big part of his work focuses on Salmon and local watershed issues, other underwater and topside subjects round out his collection. 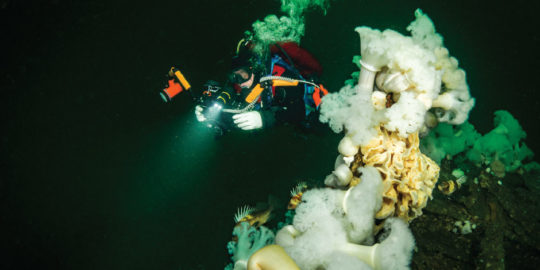 The tragic end & beautiful rediscovery of the SS Capilano.     Floating lazily in the glassy, calm waters of Shearwater Passage, our...