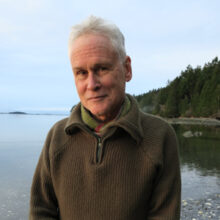 Howard lives on Denman Island with his partner, Mary Jane MacKay. He’s working on three books about forty years of work, travel, and bumbling in scores of countries across Asia, Africa, the Americas, and Europe. These may never be finished but his previous one, Views of the Salish Sea: One Hundred and Fifty Years of Change around the Strait of Georgia (Harbour Publishing, 2017), was a BC bestseller for a while, longlisted for the George Ryga Award for Social Awareness and shortlisted for the Lieutenant Governor’s Medal for Historical Writing. He has also contributed to numerous periodicals, including the BC Review and BC Studies.

Dr. Stewart believes most social media is the work of the devil, an existential threat to civilisation as he knows it. Connect to Howard by email (listed below), and there’s Google. 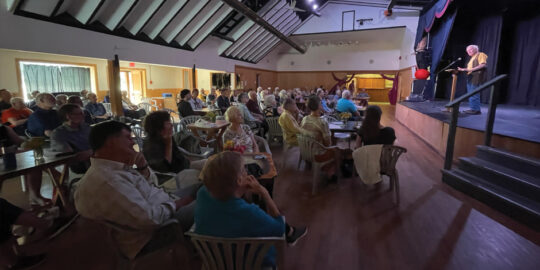 DENMAN ISLAND READERS AND WRITERS FESTIVAL IS BACK

Authors and book lovers rejoice at the return of the big literary festival on a small island.     There is a natural intimacy to be found at the...