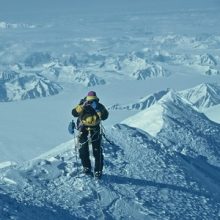 Lindsay Elms was born in Sydney, Australia, moving to Christchurch, New Zealand, at an early age. Since arriving on Vancouver Island in 1989, Elms has climbed over 250 of the Island’s peaks, including a 24-hour round trip ascent of The Golden Hinde, a 4-hour ascent of Elkhorn, and numerous other speed ascents. He maintains his fitness through running and has completed numerous marathons, three ultra-marathons, and a number of endurance races, and he is a member of the Comox Valley Road Runners. Elms lives in Comox on Vancouver Island and has published two books: Beyond Nootka (1996) and Above the Bush (2012). He continues to collect stories and photographs about the history of mountaineering on Vancouver Island. He currently works at St. Joseph’s General Hospital in Comox. 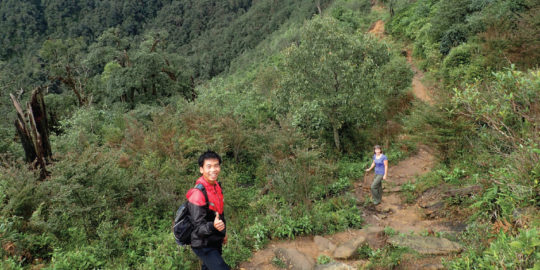 The Roof of Indochina

A pilgrimage To Fanispan Mountain     Tucked away in the northwest corner of Vietnam, with China to the north and Laos to the west, is...