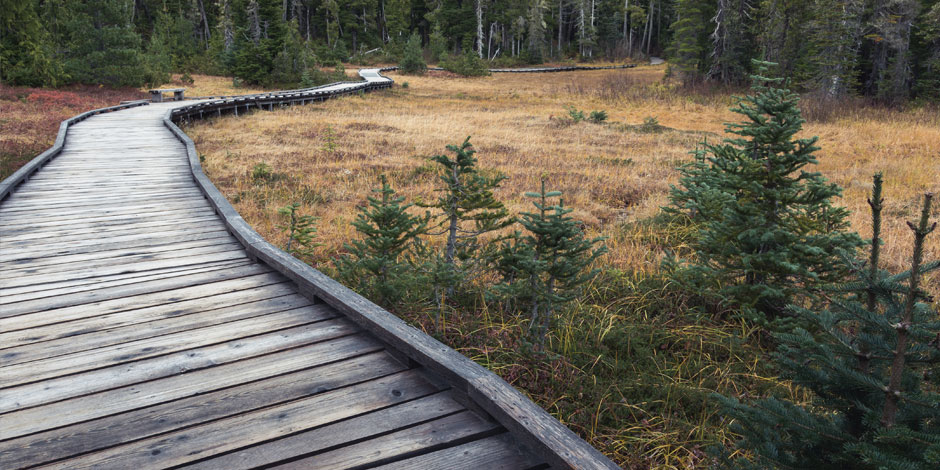 The Stratchcona TrailRider program, and others like it, strive to make the backcountry truly accessible.

Despite the perpetual spotlight that the world of technology enjoys for “changing the world,” few technical innovations have truly shaken our foundations like the simple and humble wheel. For millennia it has literally turned in our favour, making everything from transportation to automation easier. For disabled outdoors people, a new application of this ancient technology allows access to the wild places many of them knew before injury or illness impacted their ability to get out, up, and away.

In the early 90s, politician Sam Sullivan, who became a tetraplegic in a skiing accident at age 19, sought a talented mind to help him retrofit his Vancouver apartment. Retired engineer Paul Cermak answered the call, and the duo would do more than bring the apartment up to speed. In 1995, they invented the TrailRider, a one-wheeled, off-road-capable, badass vehicle powered by “Sherpas” placed both at the back and front of the frame. Since then, disabled people have reached the peak of Africa’s Mount Kilimanjaro and trekked to the base camp of Mount Everest. They’ve explored the riverbanks of the Grand Canyon, climbed to the meticulous lawns of Machu Picchu, and rolled along the rugged roots of the west coast.

Hundreds of TrailRiders are used throughout North America. Here in the Comox Valley’s backyard, a group of volunteers help Vancouver Island adventurers see Strathcona Park with fewer limitations. From the beautifully built wooden boardwalk of Paradise Meadows to TrailRider-friendly stair sets that lead to the frigid shores of Lake Helen Mackenzie, the largest and oldest park on Vancouver Island is outfitted for exploration via one-wheeled freedom. A third, steeper route via Battleship Lake was added in 2016 and delivers hikers to the camp spots of Strathcona via wildflower-strewn creeks that flow throughout summer.

Quadriplegic Bill McCormick was raised in the Comox Valley, where he raced in the Island Cup mountain bike series and snowboarded at Mount Washington. After suffering a spinal cord injury while mountain biking in Victoria, McCormick found himself limited to the relatively benign urban idea of adventure: parks and pathways. After a decade of being away from the mountains, the TrailRider program—and its winter equivalent, Vancouver Island Adaptive Snowsports—have helped him explore the trails of his youth.

“I hiked to Battleship Lake and Lake Helen Mackenzie with two friends last summer,” he says. “To be back up in the mountains was frickin’ awesome. And I’ve been skiing Mount Washington too. The new equipment is amazing, and I feel very grateful to all the volunteers who help me get out there.”

These wheels move people in more ways than one. Not surprisingly, research has shown evidence that time spent outdoors is transformative for people with disabilities, who often deal with isolation. In my own experience as one of McCormick’s sherpas last spring, I can say with certainty that this experience was beneficial for me as well. Nature is good for all humans. With a little maneuvering and a lot of sweat equity, TrailRider can get more adventurers where we feel most at home: outside.

While Facebook and Instagram may “bring us together,” it takes real-life human effort to lift us up. For both rider and volunteer information about the TrailRider program, please visit strathconapark.com