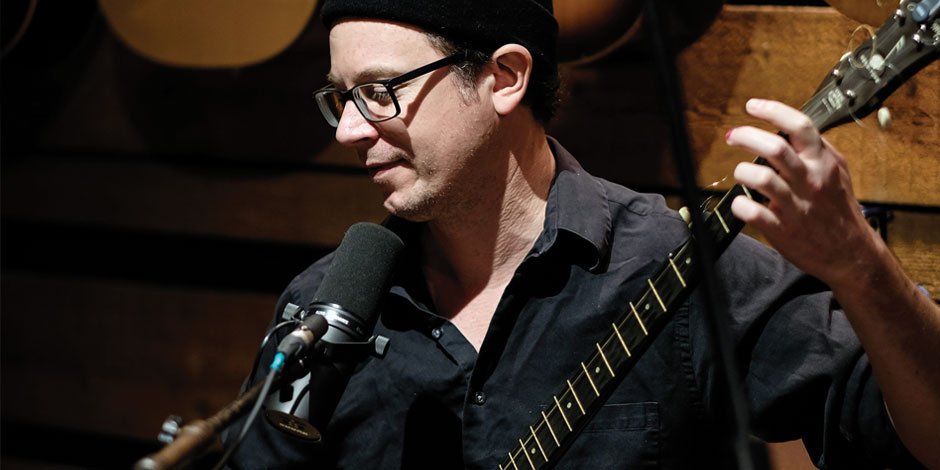 Corwin Fox is very hard to get a hold of.

If you’ve emailed him recently, you’ve received an automatic reply explaining that he can only stand to check his inbox every few days to avoid, as he says, “flying into a rage and destroying my surroundings.” I realize this sounds grim, but his need to regulate communication with the world outside of the multi-faceted compound he shares with his wife Kirsten, daughter Kaya and son Tao actually derives from a trait that few people possess. Corwin is an amazing listener. He listens with his whole body, and makes the person he’s talking to feel as though what they’re saying is not only interesting, but astonishing. As a result, he simply doesn’t have the energy to dole that kind of focus out liberally, and I don’t think he’s capable of a half-hearted effort. His attention to detail and an uncanny ability to see the best in what people have to offer has helped make him a remarkable and in-demand music producer here on Vancouver Island.

Corwin has had a hand in some 200 albums. He helps people face fears, clear hurdles, dig deep, and shine. He sits patiently when things need space, he’s full of great ideas when situations need inspiration, and he’s a tireless insomniac when deadlines loom. Born in Halifax and raised in Ottawa, Corwin is also a killer musician and songwriter. He’s toured extensively in North America and Australia since 1995, and has released four solo albums to date.

I was proud to be a part of his latest, titled Corwin Fox & The Cumberland Brothers. It’s a rootsy, folky album that would be perfect for families to enjoy together if it weren’t for the swearing and a certain brand of honesty we try to shelter young children from for fear of the questions that would surely follow. We cut the album live on the floor after three straight days of bowling, rehearsing, eating, and telling stories. Joining me and Corwin were Jack Roland (my fellow Cumberland Brother), Leon Power (best groove ever) and Noah Walker (Vancouver guitar phenom). We did the pre-production at Corwin’s studio and cut the tracks at Dove Creek Studio with Paul Keim. The album was released July 27th on Coax Records.

As I reflect on our friendship to the sound of evening rain I realize Corwin and I are different in many ways. I’ve got a natural knack for bowling (though Kirsten could turn pro if her massage clinic ever slows down), he’s an outstanding tap dancer (no kidding), I’m nowhere near as attentive, and I can’t stand drinking the stout he so loves. Where we do align is in our definition of success; success is being present in the daily life of your family, playing music with friends, and being…hard to get a hold of.