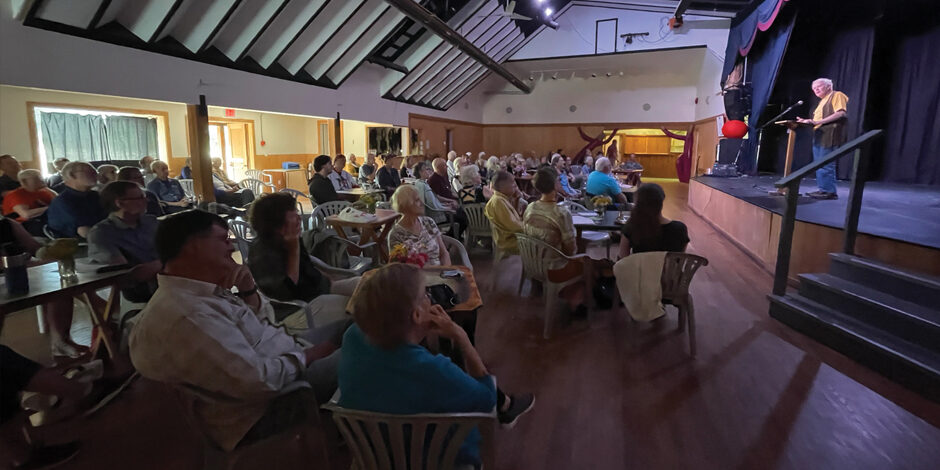 DENMAN ISLAND READERS AND WRITERS FESTIVAL IS BACK

Authors and book lovers rejoice at the return of the big literary festival on a small island.

There is a natural intimacy to be found at the Denman Island Readers and Writers Festival. Readers, writers, booksellers, artists, artisans, and local residents mingle, indoors and out, sometimes informally over meals but most often at lively, well-planned sessions with guest writers… there is the sense that the entire population of Denman is playing host to this popular series of events, usually involving the local with a mixture of the new, the famous, and the revered…

Great news for local booklovers: the Denman Island Readers and Writers Festival is on again this year. Festival organizers improvised in 2020 and 2021 with online solutions, but now this unique event is returning to a live format. This year, as before Covid, festival audiences will be able to interact with some of the most exciting writers of 2022 in venues around downtown Denman.

But how in the world did a renowned literary event emerge in a bucolic backwater beyond Buckley Bay?

The festival was launched in 2003 by two women working at the Denman Island Community School. As they tell it, Paddy O’Connell and Norah Wright might not have done it, had they known how much work it would be. But they also feel they got it right, pretty much from the outset, and it’s only grown from there.

Organized and delivered by a dedicated, hard-working committee of volunteer islanders, the festival offers a mix of fiction, non-fiction, and poetry readings from both distant and local writers; lively moderated dialogues between authors; stimulating workshops; and delicious food and drink.

Events take place at three venues in the heart of the island: the Community Hall, the Activity Centre, and the Arts Centre. Writers and audience members gather over catered sit-down meals in the back hall of the Community Hall, and there’s a happy hour in the Hall, too, on both Friday and Saturday evenings.

This casual and congenial festival has a great reputation in the CanLit writing community. Writers are on stage twice during the three-day event, first for a solo reading and later for a moderated discussion with another author. And they get to meet avid readers in a relaxed atmosphere over meals or drinks—chances they don’t often get at literary events in bigger places like Vancouver or Toronto.

The unique accommodation options are another draw: visiting luminaries are billeted in the welcoming homes of local hosts. What could be more appealing for an author than to have a summer sojourn/working holiday on a small and beautiful island in the middle of the Salish Sea?

“Writing Week” has been part of the festival for many years. This is a small, intensive workshop for up to eight writers who arrive with written works already underway. Morning sessions are a mix of lecture material, writing exercises, group critique, and one-on-one instructor feedback, while afternoons are for reflection and writing. This year’s Writing Week is led by Angie Abdou, a Fernie-based novelist and memoirist who is an Associate Professor of Creative Writing at Athabasca University.

A limited number of places are also available in half-day writing workshops: “Real Character” with Anosh Irani, “Writing the Sacred” with Jónína Kirton, and “How to Work for Change,” a dialogue with Libby Davies.

As new events and social gatherings have gradually been added to the roster over the years, attendance at the festival was increasing steadily until Covid hit. Audiences and authors alike look forward to gathering in person once again from July for what one author has described as “one of the jewels in Canada’s literary festival crown.”

From its earliest days, the Denman Island Readers and Writers Festival has attracted the bright lights of British Columbia and Canadian letters.
To name just a few:


Margaret Atwood was going to join them a few years ago, but something came up.


Visit denmanislandwritersfestival.com for all the details and to register for events. 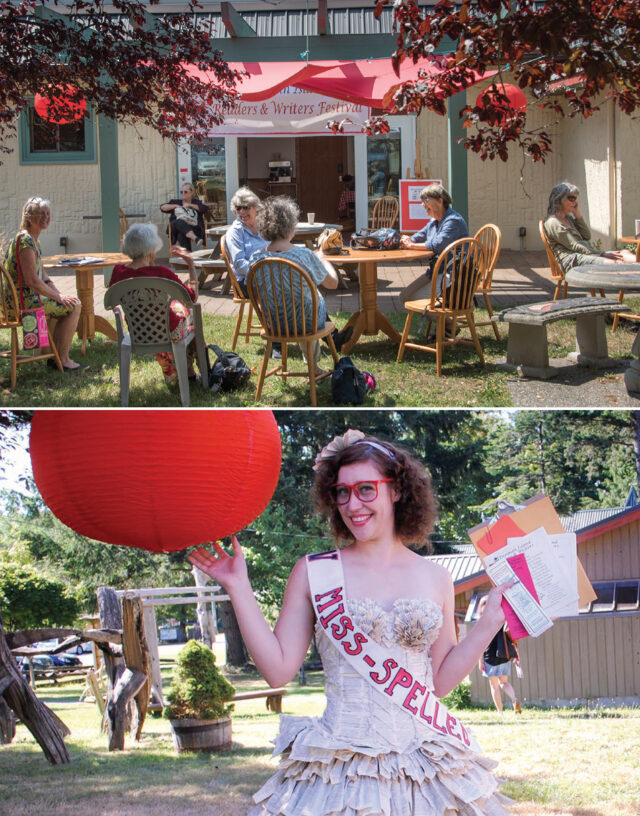