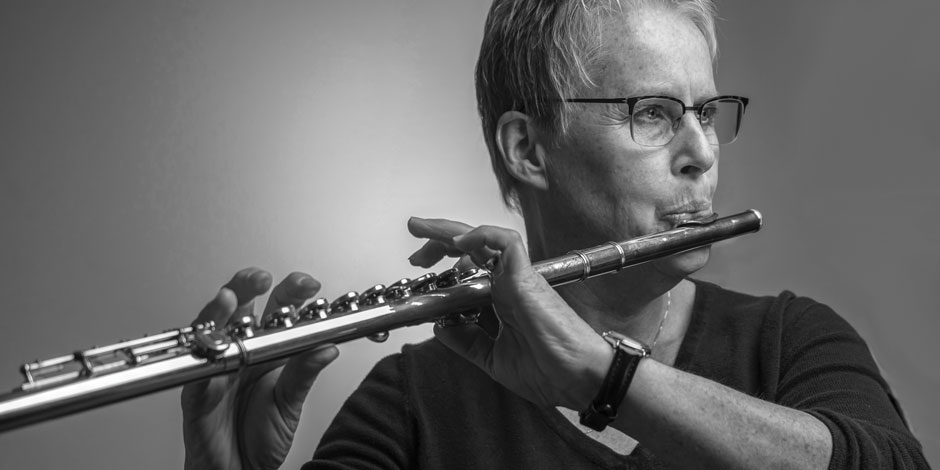 DOWN IN THE PIT

Inside the unseen world of musical-theatre musicians.

Air. When it’s good, we often don’t notice it. Think of a spring hike through Paradise Meadows: we may be aware of the terrain, the trees, and the birds before we register the sweet smell of mountain air.

What’s the best audience comment for a musical theatre orchestra? “I really didn’t notice you guys.” Just like good air.

The Comox Valley has a long history of outstanding musical theatre. My first musical was in the early ’80s, playing flute and piccolo with Highland School’s production of The Music Man. I went on to play in orchestras with other schools, CoVal Choristers, Rainbow Youth Theatre, Comox Valley Youth Music Centre, Three Legged Dog Productions, and Courtenay Little Theatre.

Each show has a production team with a variety of skills and responsibilities. The musical director wears several hats, including being in charge of singing and musical accompaniment. Singers first rehearse with an accompanist on piano. Parallel to this, the musical director determines which instruments would best complement the production, then finds willing and able musicians. Tom Spratt and I are among the “usual suspects.” Between us we have more than 100 years of experience on our instruments. About eight weeks before the show, weekly orchestra rehearsals begin in some local rehearsal space, sometimes a drafty, dusty warehouse. The singers join us the last few weeks, then we all move to the theatre a few days before opening night.

But while the singers and dancers are on the stage, the orchestra moves to “the pit.” One dictionary definition describes a pit as “an area often sunken or depressed below the adjacent floor area such as an enclosure where animals fight or a space at the front of a theatre for the orchestra.” The pit at the Sid Williams Theatre is about the size of a 28-foot trailer, mostly under the stage. It certainly improved after the multiple layers of musty orange shag carpet were removed a few years ago.

A recent Courtenay Little Theatre production of The Little Mermaid had a fairly average-sized pit orchestra: there were a dozen of us. Fortunately we didn’t fight like animals in the pit as we wedged in players with multiple instruments, keyboards, violin and cello bows, brass instruments with various mutes, a full drum set, and other percussion including bells, chimes, and bongos. We crammed monitors, amps, microphones, and music stands into any remaining space.

We played 54 separate pieces during each show.

During performances, the musical director/conductor must see both the orchestra and the singers. If a singer skips some lines, an actor’s entrance is late, or a scene change goes longer than planned, the conductor strives to quickly get the musicians in sync with what’s happening onstage. When the adjustments work well, it’s all seamless to the audience.

The pit does get some moments to shine. We start the show by introducing the main musical themes with the overture. When the audience returns to their seats after intermission, we begin the second half with the entr’acte. At the end of the show, after the bows, we play the final exit music. The rest of the time, it’s all about what’s happening on stage.

Our Little Mermaid musical director, Denise Marquette, says it’s always the aim of the pit “to support and enhance, not to take over; to play so in tune that it sounds like a soundtrack; to be soft enough that the audience can hear the vocals; to underscore enough to set the mood.”

If the pit orchestra does all that, music will be in the air. 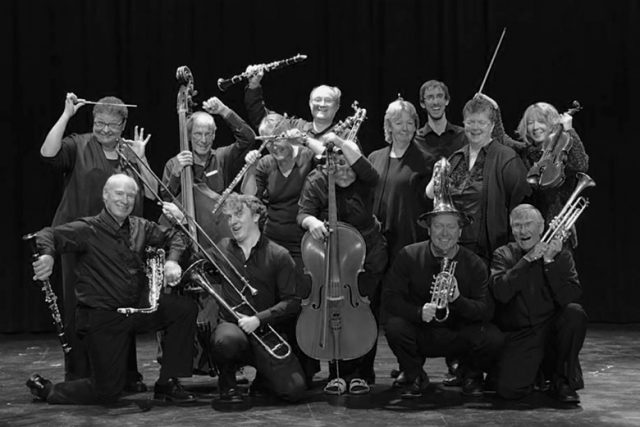