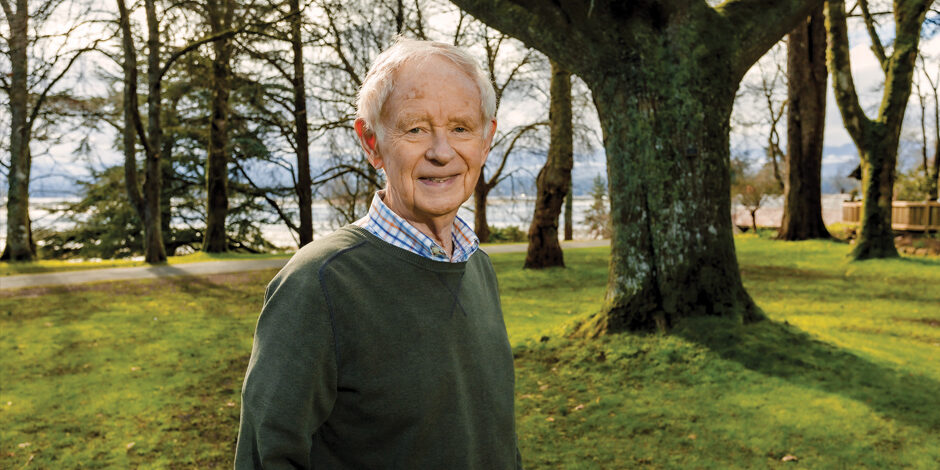 Opening up, embracing new ideas, and making time for wonder.

I spent most of my career trying to demystify things. Working as a civil servant in both Ottawa and Victoria, my job required me to clarify difficult topics, solve puzzles, and provide concise and clear briefing notes to my bosses and the ministers who were their bosses.

The top guys didn’t like surprises, or issues that could not be explained. So “mystery” was not a concept that was widely admired or enjoyed in my world!

One of the definitions of retiring is “going to bed,” reflecting the popular misconception that retirement means withdrawal from wakefulness, a cessation of activity, a turning off the mind and body. Not so! Retirement should not mean closing down, but rather opening up.

As I grow older, I’ve become more attracted to ambiguity, the unexplained, and the quirky sides of human existence, nature, and the world of literature. Is that maturity, or just having more time to ponder the unknown?

Without the daily pressures of work or raising a family, I have more spare mental space to contemplate things I don’t know—areas of life I’ve barely had time to wonder about in the past. Here’s a powerful example: I had never given much thought to forests, until I recently read Suzanne Simard’s great book, Finding the Mother Tree: Discovering the Wisdom of the Forest, which led me to the incredible understanding that trees both communicate with and nurture one another.

This is one of the exciting parts of aging—doing new things and exploring parts of my world I hadn’t seen before, both physically and metaphorically.

For me, retirement has meant writing my first novel, helping to organize the Denman Island Readers and Writers Festival; going to Mexico, Australia, Italy; rediscovering bits of history that I thought I knew but didn’t; learning about the environmental crisis my generation has bequeathed to future generations; challenging myself to stay healthy and eat more carefully; listening to others more respectfully; and being open to not being so certain about everything.

Now, I prefer books whose endings leave room for the reader’s imagination, conversations that don’t have all the answers, politicians who are willing to admit they made a mistake, and friends whose imperfections make them more likeable. In other words, things that are not cut and dried.

I’ve always been a Beatles fan, and for me they said it best when they called their 1967 album and film Magical Mystery Tour. That’s what life is for me—a mysterious and magical and crazy and beautiful exploration of what it is to be human.