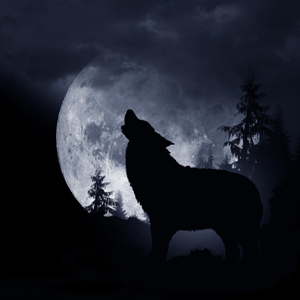 January’s full moon came to be known as the Wolf Moon because wolves were more likely to be heard howling at this time. It was traditionally believed that wolves howled due to hunger during winter, but we know today that wolves howl for many different reasons. They howl or vocalize to define territory, locate pack members, reinforce social bonds, and coordinate hunting. Other traditional names for the January moon emphasize the harsh coldness of the season: Cold Moon (Cree), Frost Exploding Moon (Cree), Freeze Up Moon (Algonquin), and Severe Moon (Dakota).