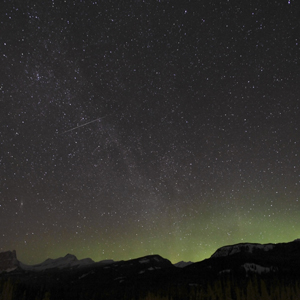 The Quadrantids are thought to be produced by dust grains left behind by an extinct comet known as 2003 EH1. The shower peaks this year on the night of January 3, when the thin crescent moon will set early in the evening, leaving dark skies for what should be an excellent show until sunrise on January 4, with up to 40 meteors per hour, 4. Best viewing will be from a dark location after midnight. Meteors will radiate from the constellation Bootes but can appear anywhere in the sky.