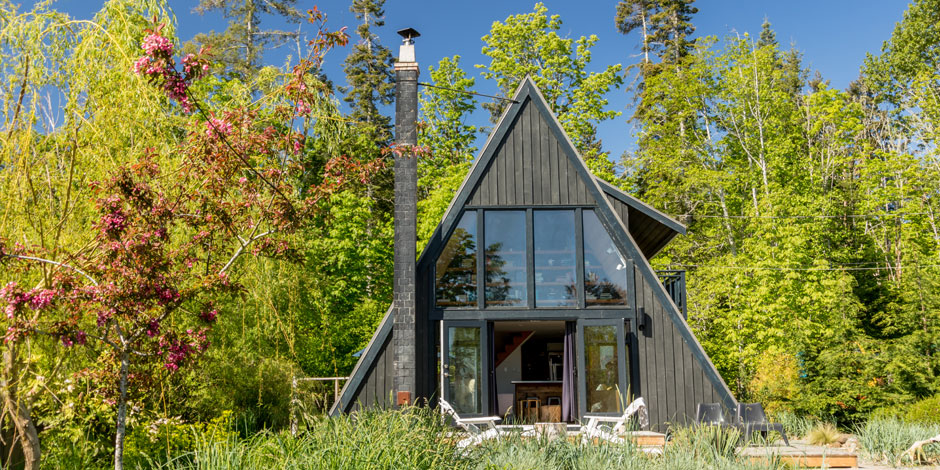 The A-frame is an architectural style that needs little explanation, aptly named for its high peak and steep angles. A-frame popularity can be attributed to a convergence of factors. The post-war housing boom led to the creation of inexpensive and quick-to-build homes. A-frames were popular in the late fifties and sixties when the middle class had enough money for recreational properties, often next to lakes or as ski cabins. (The style is commonly attributed to the latter, as snow slides down the side instead of weighing heavily on top.) They are an efficient use of materials as they’re almost all roof. They were often built from kits and tended to be small, as the surrounding land acts as additional living space.

We first laid eyes on the A-frame in Union Bay when we moved there in 2006. Both the structure and property looked dilapidated and lonely. The land was overgrown, ragged, and in need of serious TLC. Our friend and realtor, who lived on the same street, showed us the A-frame only in passing. “Too much work, too small, no way…” we agreed. Needless to say, we did not have the vision of our friends Christine Boyer and Anthonie Scholtz.

We met the couple for the first time at one of our neighbourhood gatherings. While visiting the Valley from Ontario, they admired the community vibe of Kilmarnock. They too drove past the A-frame with our realtor friend, but it stopped them in their tracks. “The structure seems to stand proudly from the ground,” explains Christine, “yet nestle into its surroundings. It offers shelter without overtaking the landscape. It’s a little slice of architectural history, with its mid-century modern vacation vibes.” The property also showcases a spectacular view, including Gilles Bay on Texada Island, the very spot where Anthonie grew up.

They sold their home in the Beaches neighbourhood of Toronto, resigned from their jobs, and moved across the country. They oversaw major renovations to restore what became known as Kyst Hus (taking its name from the Danish for coastal house), a home of simple beauty and modern design. It also exemplifies the Danish concept of Hygge: a moment that feels especially cozy, charming or special. The couple worked with Kai Lawrance of Standing Bear Construction to realize their dream for the space.

“We were in renovations for five years,” says Christine. “It was slow going and we did what we could while raising our babies and keeping an eye on our budget. That’s not for everyone! But the nice thing about it was the flexibility of adjusting our plans. Living in the renovations allowed us to be responsive to our needs and space as we changed as a family.”

Any gardener knows that transforming a one-acre property into manageable gardens is a momentous task. We watched the evolution of the land each time we passed. Christine could often be seen raking, digging, lifting, and planting while the kids played.

My family moved out of the neighbourhood years ago, but we’re still close with the Scholtz family. We visit the A-frame for dinners and picnics, the kids run wild, and we take in additional updates. It’s a warm and welcoming home of earth tones and modern design that naturally merges with the property. They also transformed the garage into the Kyst Hus Studio, where Christine works on large-format acrylic art inspired by her surroundings. Her work has grown in popularity over the years and is on display all over the Comox Valley.

Kyst Hus went from being a diamond in the rough to a jewel of the west coast. It’s amazing what patience, diligence, and vision can produce. A labour of love, but love nonetheless, and a treasure of memories for themselves and their family. “The best part,” says Christine, “is waking up and feeling like we’re always on vacation.” 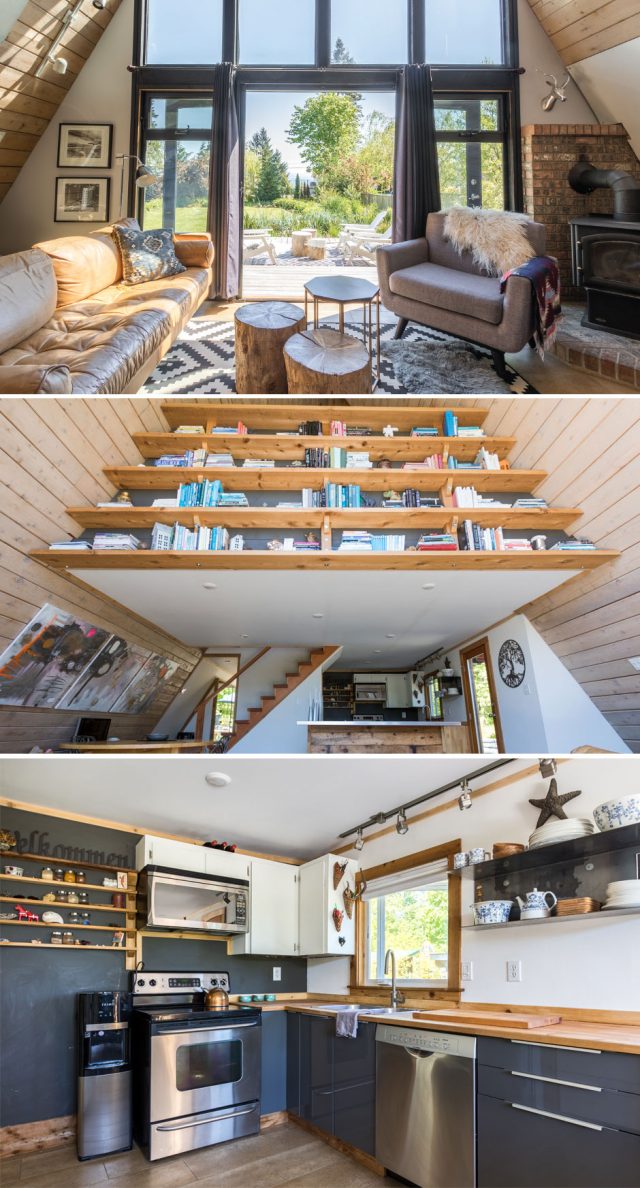