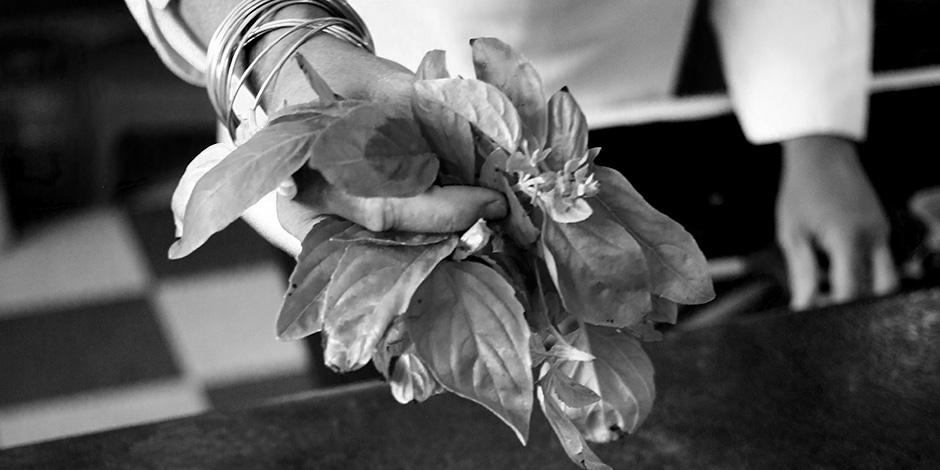 The local food movement is often seen as the antithesis of ‘fast food’. These three Comox Valley food providers focus on quality products that make eating local a fast, healthy, and delicious option for diners of all tastes.

“You can’t talk about Pizzeria Guerrilla without talking about The Guerrilla Food Co.,” says owner Jason Uglanica. That’s because the two share workflows, allowing for scale and convenience in processing and sourcing.

What’s on the menu?
The seasons determine Guerrilla’s ability to use local food, but Jason and company are steadily moving their sourcing closer to home. “Farm to table is the goal,” says Jason.

What makes it fast?
“The pizzas are fast because of the prep we do. They’re quick, chef-made, and better for you,” Jason says. As for the frozen dinners: reheat and eat. “These are healthy, local, convenience foods—they’re not processed.”

Who’s the inspiration?
The slow food movement Jason experienced in the UK has been the inspiration of Guerrilla’s pursuit of local, high quality, convenient food. At the same time, he credits Guerrilla teammates Chris and Jake for providing ‘inspiration from within’. “We all care immensely about what we’re doing,” he says, “and I’m hoping we inspire others to do the same. This is a hard road. We’re not making a ton of money. We want to do things better. I really believe in regionalism.”

Who do you love locally this season?
Jason likes what he’s seeing in Cumberland, particularly at BiblioTaco, Cumberland Brewing Co., and Riders Pizza. “I think the Cumberland food scene is leading the way,” Jason says. “Greg and Nate are the people I talk with about what’s happening with food in the Comox Valley.”

You’ll find Prontissima Pasta on a number of restaurant menus across the Valley, at the Comox Valley Farmers’ Market, and at Edible Island. But the best source for Prontissima products is their storefront in Tin Town. That’s where Sarah Walsh and her team are producing and selling convenience food rooted in local sources.

What’s on the menu?
Pastas like tagliatelle, fettuccine, rotini, and squid ink spaghetti; plus pestos and sauces, bruschetta toppings, soups, and salsas.

What makes it fast?
“All the hard work is already done,” Sarah says. “Fresh pasta doesn’t take long to cook, and the sauces are already made. You just heat and combine. Add meat and seafood to make a more complex dish.”

Who’s the inspiration?
Prontissima is inspired by the time Sarah spent in Italy, and by her favourite chef, Jamie Oliver. “Seasonal food. Good food. Fresh food.”

Who do you love locally this season?
“My list: Pizzeria Guerrilla in downtown Courtenay, Riders Pizza in Cumberland, and the Ceylon Food Truck at the Comox Valley Farmers’ Market.”

The former in Cumberland, and the latter in Comox are both owned and operated by baker David Murray.

What’s on the menu?
Besides a wide range of baked goods, including (world famous?) Cumberland doughnuts, both bakeries include the following ‘grab and go’ foods: sandwiches, brioches, croissants, pizzas, and five kinds of meat pies.

Where’s it sourced?
David is proud of the relationships his bakeries have established with local suppliers like Gunter Bros Meats, Natural Pastures Cheese Co., and Garstin Farm. It has allowed the bakeries to develop special ham and cheese croissants, and smoked turkey sandwiches that are customer favourites.

What makes it fast?
“I’ve never thought about ours as fast food,” David says. “But I do see ourselves as having a business where people are able to grab some good, local food, and go. We’re offering convenience.”

Who’s the inspiration?
David says Lionel Poilane, a Parisian baker and pioneer of wood-fired breads, inspires him. He’s also “really inspired by chefs who are pushing local product, like Red Zepi in Denmark, and locally, the wildcrafting of Harmonic Arts.” He adds that while he likes what’s happening in the Comox Valley, he doesn’t think we’re doing enough with seafood. “I like what’s happening in Seattle—including crab, shrimp, and fish. I was just travelling and eating all over the place. My mind is filled with inspiration.”

Who do you love locally this season?
In Courtenay, David likes what’s happening at Tita’s Mexican Restaurant. Echoing others’ appreciation of the Cumberland scene, he says he’s been “enjoying BiblioTaco. Summertime, the Fish and Chip Shop in Cumberland is a fun experience.” 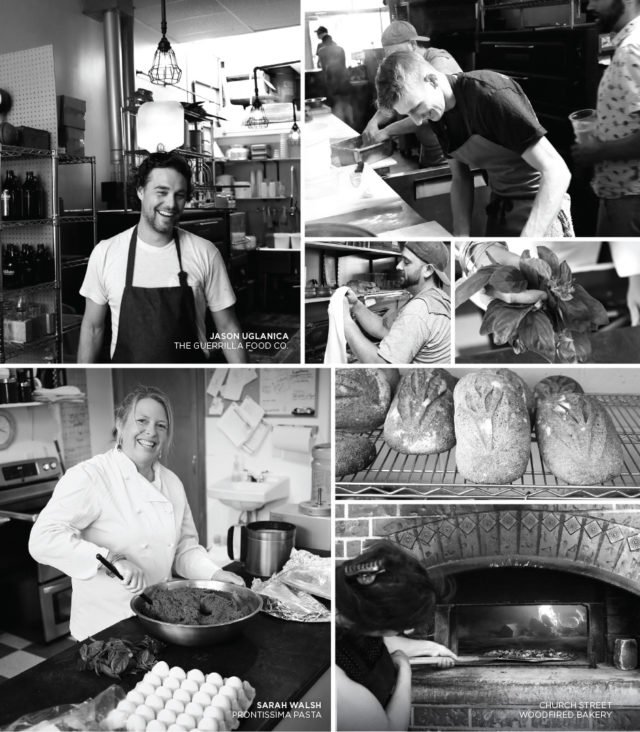