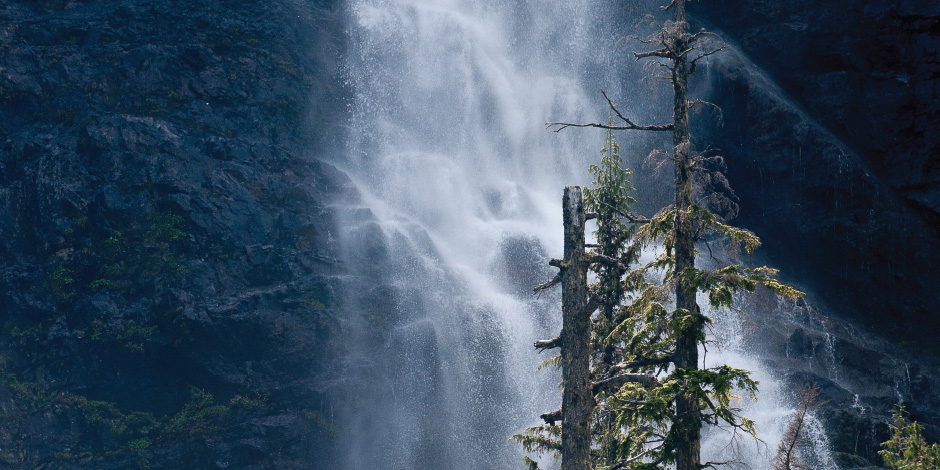 Forest to Faucet: Life in the Era of Humans

On August 29 2016, the International Geological Congress declared that the earth had entered a new geological era sometime around 1950. They called it the “Anthropocene” or era of humans. We have created an indelible film of human-created material over every surface of the planet including radioactive particles from nuclear explosions, soot from our factories, and microplastics from our waste. Modern humans have inhabited planet earth for approximately ten thousand generations, but it has only been in the past three or four generations that the activities of our species have influenced every ecological process on the global-scale.

Beneath the marvellous veneer of technological evolution in our villages and cities, we now find ourselves faced with several problems. Our cleverly engineered structures and cities are often built in a piecemeal ad hoc fashion, without regard for long-term infrastructure maintenance, and with no consideration of the impact on natural systems. Human-caused climate change is aggravating these problems and putting our grey infrastructure through challenges it was not designed to handle. These problems affect nearly every place that humans call home.

The Comox Valley is no exception. Boil water advisories and flooding are common in the fall, air quality warnings occur in the winter, and water restrictions have become the norm in the summer months. Each of these examples is linked to the persistent arrogance of our species in thinking that we can develop and engineer our built environments with no regard to natural systems and processes.

Grey infrastructures are depreciating assets. They have a lifespan and must be replaced once they no longer function. The post-war building boom experienced across Canada has resulted in infrastructure that is now failing or in poor condition. In B.C. alone this infrastructure debt is estimated at over $30B. Local governments are scrambling to implement improved “asset management” systems and policies in response to this awakening dragon.

Looking beyond the boundaries of the Comox Valley, it becomes clear that a better approach has been found: a system where infrastructure assets are more cost effective to put in place, appreciate instead of depreciate over time, and bring with them numerous additional benefits to both humans and the rest of nature. This system is known as “green assets”.

Green assets are not meant to replace grey infrastructure totally, but rather to work with it synergistically. It is a return to a model where natural features such as watersheds, floodplains, wetlands, creeks, estuaries, soil, and trees are recognized for the valuable roles they play in keeping the built environment livable. Leaders in green asset management tend to be the nations, states, and cities that have had to learn this lesson the hard way. Places like China, California, and New York City.

Take for example: clean drinking water. Humans cannot survive without it. Mudslides; severe wildfires; and pollution related to deforestation, severe drought (climate change), mining, and manufacturing have degraded or eliminated the supply of potable water to billions of people within the last few decades. China has initiated a process of buying back land from farmers who are deforesting steep hillsides for agriculture within headwater systems of drinking watersheds, and re-foresting those areas. China spent over $8B (USD) doing so in 2013 alone. California has declared drinking watersheds as critical “infrastructure” thereby enabling government infrastructure spending to restore forests in those areas. New York City has been slowly buying and restoring the private land in its drinking water supply area for years and has almost completely succeeded. It has seen a cost savings of $10B (USD) to date as a result.

Meanwhile, here in the Comox Valley Regional District, we are poised to spend $106M on a deep-water intake pipe and new water filtration plant to filter the high sedimentation rates associated with historic and ongoing upland land uses in our watershed. The City of Courtenay is facing expensive solutions to protect homes and businesses built in the floodplain of the Courtenay River, following the historic diversion of the Tsolum River into the Puntledge River and subsequent hardening of the banks of the newly created Courtenay River. The Village of Cumberland needs to find solutions to improve wastewater discharge quality into the Trent River during periods of low summer flows. The Town of Comox faces a high risk of damage to its sewer main located along its shoreline, where more severe winter storms are amplified by the losses of calming kelp forests, eelgrass meadows, and sand dunes. The green asset approach to these problems offers significant long-term cost savings and climate change resilience in every case.

The connections between forest and faucet have long been understood by Roderick Haig-Brown and others within our communities in the Comox Valley. As we experience another burst of rapid population growth, we find ourselves at a fork in the trail. Will our land use decisions evolve and incorporate protection and restoration of the forests, streams, wetlands, and shorelines of our watersheds? Will we choose to value and steward these ecological assets nature provides? Or will we continue to rely exclusively on “grey infrastructure” and pass along the infrastructure debt to future generations?

If you want to learn more, visit cvlandtrust.ca‎