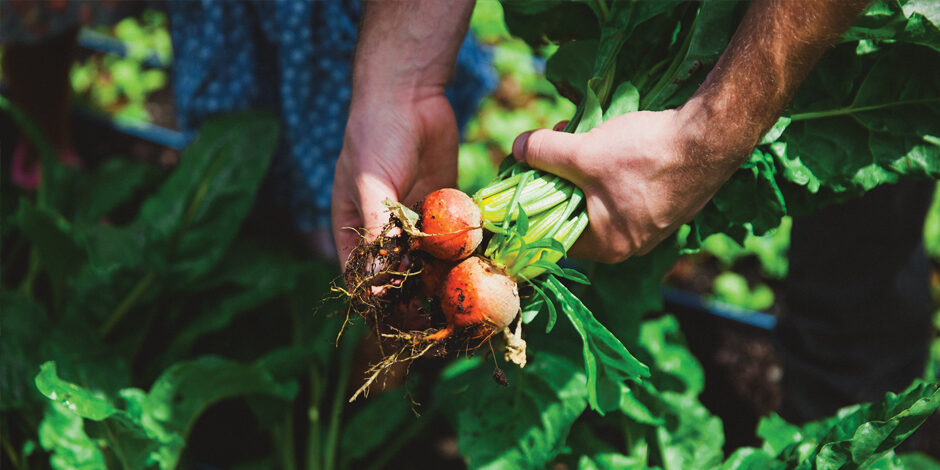 The front lines of food production, coming to a neighbourhood near you.

Urban agriculture can mean a number of things depending on who you ask and where in the world it’s occurring. To me, it’s simply the practice of growing food in a densely populated city, town, or municipality, whether for education, profit, or food security.

In the Comox Valley, urban agriculture takes multiple forms, from the proliferation of pandemic-inspired backyard gardens to community projects such as the Squash Hunger Program, a food-security initiative launched by the Lake Trail Community Education Society. However you choose to define it, urban agriculture’s an important part of our food system, as it provides an opportunity for anyone to gain control over how their food is grown.

Worldwide, we see examples that look wildly different. The Cuban gardens known as organopónicos are a prime example of the huge potential of this approach to food production. The collapse of the Soviet Union in the early ’90s forced Cuba to become largely self-sufficient. Urban farming was combined with permaculture techniques to efficiently feed people with few resources beyond their own labour. In New York City, Brooklyn Grange has taken the hidden potential of rooftops to the next level, farming over five acres’ worth of land on the roofs of multiple buildings. In Vancouver, Sole Food Street Farms utilizes large containers in city lots to grow a huge variety of artisan produce that’s sold at farmers’ markets, through CSAs, and directly to restaurants. Remarkably, the Sole Food model relies on the paid labour of individuals with addiction or mental health problems and/or limited resources.

Bo Del Valle Garcia holds the enviable role of Urban Agriculture Coordinator for LUSH Valley Food Action Society, where they work with eight school gardens, four social housing sites, and three community gardens. Bo notes that “the result of fostering a city’s urban farms is not only to create a functional food-producing greenspace, but also a deepening investment from a city’s population into the wellbeing of the land and communities that call it home.” They point out that “urban agriculture accounts for 15 to 20 per cent of the world’s food supply.”

Perhaps one of the most prominent urban farms in the Comox Valley is the McDonalds’ Garden (formerly Riders Garden), located adjacent to Riders Pizza on Dunsmuir Avenue in Cumberland. Here, neat rows of carrots, spinach, radishes, and a variety of lettuces are on display. The plot, which is zoned as “commercial mixed use,” very much resembles a scaled-down farm, complete with its own mini greenhouse. Owner Mike McDonald works hard to make a living on less than a quarter acre by focusing on high-value crops that grow quickly and produce multiple harvests in a season. When asked about his approach, Mike’s humble in his response: “I’m just learning as I go, building the soil and focusing on increasing its health. It just feels like the right thing to do.”

Over in Comox, Church Street Farm has embraced the increasingly popular no-dig method to demonstrate the amount of food that can be produced in a small space with minimal effort. Owner Kerry Ann Griffiths loves the community engagement of her project and seeks to inspire others to garden more. “I always wanted to have a farm, but you have to start with what you have.” In her case, that’s an average-sized backyard that was formerly just a lawn. She’s a big believer in local seed producers and seed sovereignty, and aims to have as much diversity on her plot as possible.

When asked what crops they focus on at Little Acre Farm in Cumberland, owners Kathryn West and Jack Fletcher both shrug their shoulders cheerfully and respond, “We grow the things we want to eat.” With nearly an acre at their disposal—along with significant processing and storage capacity—they’re discovering the amount of work and infrastructure required to produce nearly all the fruits and vegetables they need to feed their family of six.

When I visit their location, spring has only just begun in earnest. Their garden is loaded with kale that survived the winter and garlic that shows great promise for summer harvest. Kathryn lists the various stores of products they still hold, including a decent quantity of frozen blueberries and last season’s precious final butternut squash. As they walk me around the garden and point out the incredible diversity of edible plants growing on their plot, their dedication to providing for their family and community is on full display. Their tucked-away oasis has been granted official farm status by the province—no mean feat for a small farm in a residential area.

Perhaps the most beautiful thing about urban farms is that they’re right on the front line of our food production systems. While these three farms vary in their approach, there are commonalities among them all: respect for the land, a desire to inspire and educate, and a belief that the key to a food-secure community lies in the hands of people like you and me. 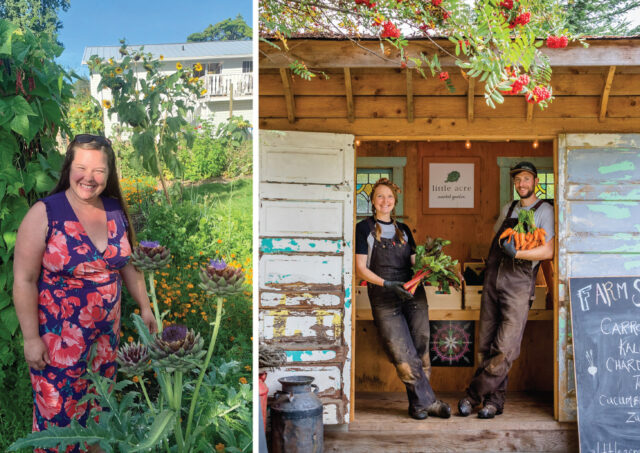