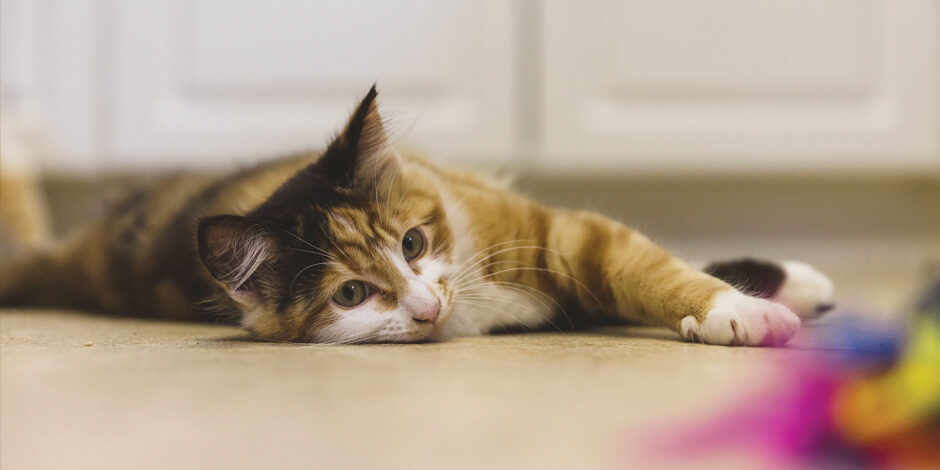 Two “very pregnant” cats. That was the delivery at the door of the Kitty Cat P.A.L. (Prevent-A-Litter) Society at 8 a.m. the day I spoke with the society’s executive director, Lee-Ann Dixon-Phillips, and it’s a common occurrence.

Dixon-Phillips tells me about Cherry, a kitten dropped off two years ago at a Woofy’s Pet Foods location at five weeks of age, black with dirt, emaciated, and full of worms and fleas. The group took the kitten into their care, and, with essential veterinarian treatment and fostering, she was saved. Now Cherry is “one of the biggest cats ever,” says Dixon-Phillips, who adopted her to become one of six cats with whom she and her family share their home.

The Kitty Cat P.A.L.S. (KCP) was founded by local cat lovers in 2007 in response to a large feral cat colony at Courtenay’s Airpark and the observation that there were so many free kitten ads on sites like Craigslist. Today, KCP’s board members and 150 volunteers work on the management of feral colonies, cat-hoarding situations, and abandoned and surrendered cats.

Typically, KCP has about 100 cats in its care at any given time. Most are kittens and there are always pregnant females. “This is the time of year (spring) when people show up with boxes of kittens, found or surrendered,” says Dixon-Phillips.

The society handles about 700 cats a year. This year, though, with the way it’s going, “we could see as many as 1,400 cats,” she predicts. The easing of COVID regulations has increased cat surrenders because renters in the Valley can now be evicted—it’s difficult to find rentals that allow pets. Also, surrenders from seniors moving into care homes, or losing the ability to meet the needs of their pets, have increased.

Working with partners—the Comox Valley Animal Hospital, the Care Network in Tofino, Woofy’s, the Courtenay Bosley’s and PetSmart outlets, and other local businesses—the goals of KCP are to prevent litters in feral colonies and to find homes for surrendered and abandoned cats.

But not all cats in care are suitable for family homes. While surrendered kittens, or very young kittens of moms trapped from feral colonies, can often be socialized in foster homes and adopted, older feral kittens often don’t tame. These young cats become part of the barn cat rehoming program. “It’s been so successful there is often a waitlist of farmers wanting these cats as mousers on their farms,” explains Dixon-Phillips.

Feral cat colonies—there are a couple in rural areas of Black Creek and at the Comox Valley landfill—are managed by trapping adults and having them spayed or neutered, then returned to the site. “At one time, it was common for cats to be abandoned at the landfill, “says Dixon-Phillips. “It’s been one of our successes.” KCP cameras at the site show that there are only about five or six cats living there now. The society still cares for the remainder of the colony by bringing them food and fresh water.

Cat hoarding can be the most complex part of the society’s work. “A year ago, we were dealing with a home that had 30 cats,” describes Dixon-Phillips. “We weren’t allowed on the property. It’s hard, because they don’t want to give up their cats.” KCP provided pet carriers at the edge of the property. The owner gave up some of the cats, several of whom were pregnant, and the society took them into care. It seemed like another success, but a year later that house now holds 40 cats, says Dixon-Phillips.

Cats like Cherry are ultimately saved because of kindness, but there’s no denying the big efforts and the funds required. “Our vet bills alone are $6,000 to $10,000 a month, and that’s at a discounted rate,” says Dixon-Phillips. She and the other board members are grateful to the society’s legion of volunteers, generous partners, and supportive businesses and individual donors.

As I write this, my own cat Luna is curled up next to me, but I’m thinking of another cat surrendered to KCP a year or so ago. “Her whole body hurt,” says Dixon-Phillips.

The pure-bred Persian had been used just for breeding. She was so neglected that her claws had curled to the point where they dug into her pads. She was emaciated, and her fur was completely matted. Now, she’s “beautiful and fluffy.” She has learned to trust people, and she is living contentedly in a loving home. Like Cherry, her life has been completely transformed.

The stories of these individual cats, and the knowledge that KCP has helped thousands of felines, reminds me of a quote from David Michie’s book The Dalai Lama’s Cat: “Every living being strives for happiness. Every being wants to avoid all forms of suffering. They are not just objects or things to be used for our benefit. You know, Mahatma Gandhi once said: ‘The greatness of a nation and its moral progress can be judged by the way its animals are treated.”’

The Society and its partners are guiding our community along a path of compassion for the many cats in need of care. 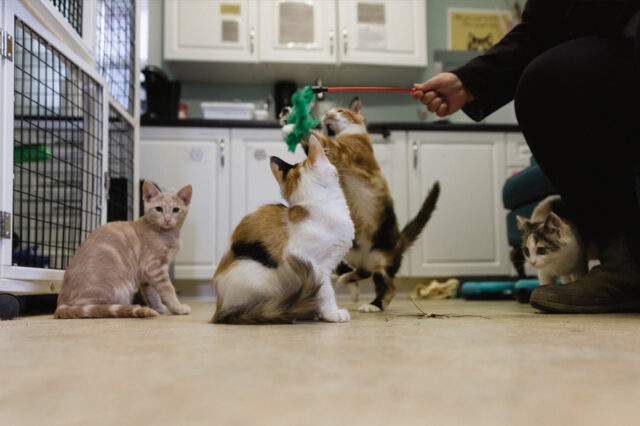