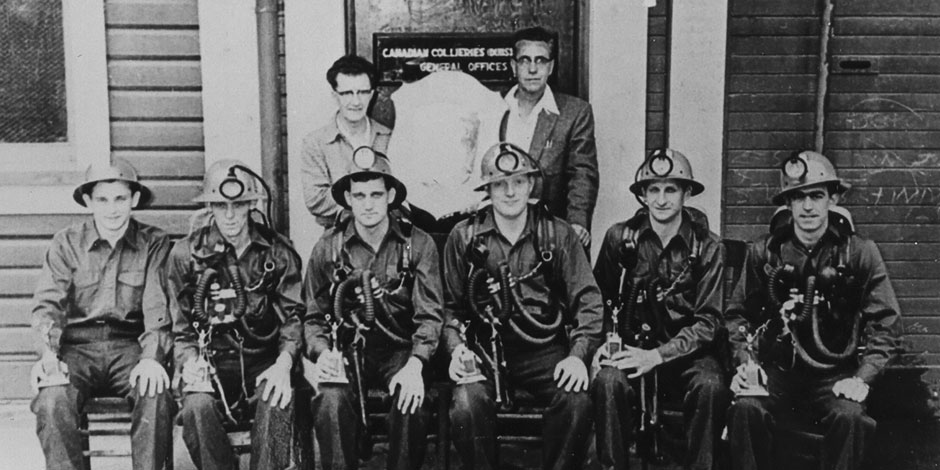 Cumberland’s legacy was forged in an economic climate drastically different—and more dangerous—than the one we experience today. The stories of life underground live on through family lineage.

In 1927, it was a day like any other for Peter Bardesonno as he clocked in alongside his father Jossepi for another long shift down in the Cumberland coal mines. But the ending of the day was far from normal. As they worked a drift, the elder Bardesonno heard an ominous crack and creak overhead. If it wasn’t for the quick thinking that drove him to push his son out of harm’s way, 18 year-old Peter would have been crushed under a collapsing roof. Peter’s father wasn’t as lucky.

“They had to cut the rock out from around from my grandfather, as he was pinned against the wall,” says Lois Harris, over coffee at Tarbell’s Deli.

Harris is a fourth generation member of an Italian immigrant family. Her great grandfather, Francesco Antonio Scarva, first landed in New York City by steamship before immigrating to Cumberland—or Union as it was called back then—in 1890.

Harris’s grandfather ended up losing his arm in the mining accident. Her father never went underground again, instead going to work on the tipple, emptying train loads of coal.

“Those were tough days,” says Harris, who was born in Cumberland but left with her family at age seven, only to return to the village to retire in 2014. “Once a Cumberlander, always a Cumberlander,” Harris says.

Back in the day, mining was not for the faint of heart. Volatile methane gas and choking coal made the mines of Cumberland, owned by the Dunsmuir family, notoriously dangerous. By the time the last one closed down in 1966, nearly 300 miners had perished underground. In 1901, improperly laid dynamite charges caused a cave collapse that killed 64 miners in a single blow. It’s an astonishing death toll by today’s labour standards. But back then, profits repeatedly trumped workers’ safety and rights.

The closest I’ll likely ever get to a coal mine is on my mountain bike, wiggling along a trail carved into some loamy pile of black slag in the forest. Or perhaps on another one that weaves past a mostly forgotten hole in the ground, like the one next to Black Hole being reclaimed by nature like a stubborn scab that’s slow to heal.

However, you don’t have to bushwhack that far back in time to grasp the raw coal mining history that formed the foundation of a community, which now measures its success in pints of craft beer and pizza slices consumed, rather than tonnes of coal pulled from the ground. The toil and danger of working underground bonded men and families. Workers shared an antipathy for the Dunsmuirs, the mercenary coal mining barons that put Cumberland on the map and gave rise to the modern labour movement in Canada. When Harris’s grandfather lost his arm in the mining accident, there was no offer of compensation from the Dunsmuirs. Instead, people looked after their own. As part of a sprawling Italian family, Jossepi, no longer able to work the mines, was well cared for. Mining forged a tight-knit community that crossed cultural lines. But there was also a codified bigotry that underscored working and civilian life.

Harris remembers going to the Roman Catholic church for Sunday service and sitting in the pews at the rear of the church where all of the non-Anglophone European immigrants were expected to sit. While the discrimination against European families like Harris’s came in subtle forms, it was blatant for the Chinese and Japanese miners. They were typically paid half of what white miners earned.

However, for the most part, immigrants held their heads high. Harris’s great grandfather, the patriarch Scavarda, ran a successful merchandise and liquor store on Dunsmuir Avenue before building a livery and boarding house. He’s remembered for constructing one of the first private homes in Cumberland. It was like a one-finger salute to the Dunsmuirs, who until then owned most of the housing, creating the bonded-labour relationship between miner and mine owner. The old Scavarda home still stands today, a gentrified heritage house across from Marocchi’s on 2nd Street. Cumberland’s history lives between those walls and in the earth.

Going down into the deep to earn a living fosters a unique kinship that long outlives the mines themselves. Coal mining infiltrates family lore the way coal dust permeates the skin. Just ask Lois Harris. Though she has lived most of her adulthood elsewhere, tales from the Cumberland underground form the central narrative of her immigrant Italian family story.

“It doesn’t matter where you go,” she says. “You take it with you.” 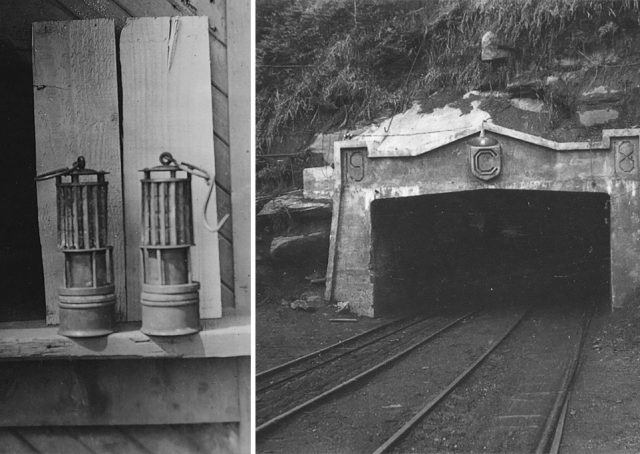