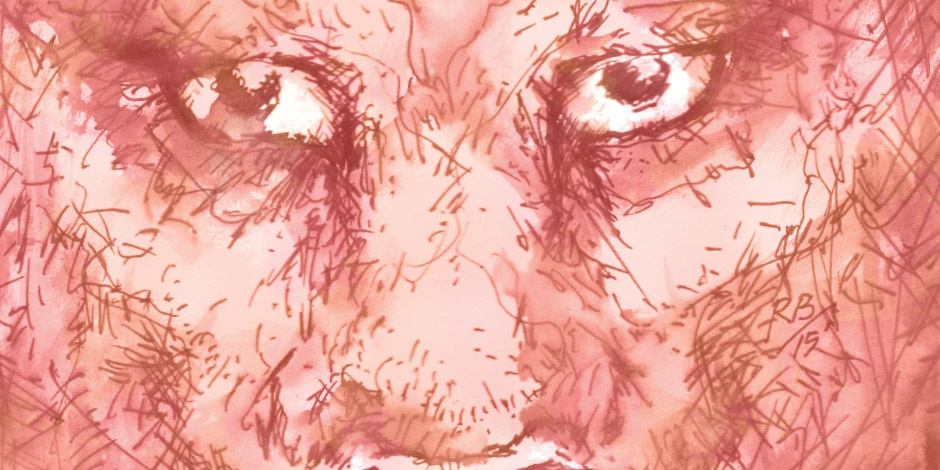 The cats were intensely focused, only glancing at me before returning their focus to my dog Taz, a large German Shepherd cross who, until that very moment I had thought offered some protection against wild animals like these. In this moment he offered no protection at all as he stood staring at the approaching cougars. It appeared that rather than being afraid of him they thought he might be a decent lunch. I’ve since learned that these two cougars were probably young ones, just learning to hunt and probably newly separated from their mother. Hence their odd choice in prey and the willingness to hunt as a pair.

Cougars are more common on Vancouver Island than just about anywhere else in North America, with roughly a quarter of Canada’s population residing on the island. The further north you go on, the more dense their population. Despite this fact, very few people ever see the elusive and beautiful cats. Last fall though, around the time when I encountered these two, sightings seemed to be on the rise. Perhaps it’s because we spend so much time in their habitat or maybe it’s a change in the climate or the dryness we’ve been experiencing that’s pushing them closer to our villages. Maybe it’s all the outdoor recreation that’s bringing us closer to their territories that’s increasing our interaction, regardless of the reasons, encounters have become near commonplace in the Comox Valley.

In most cases cougars are solitary animals with territories of over two hundred kilometres squared. Expansion of industry and activities that disrupt this habitat and fragment their spaces is the greatest threat to the species and have therefore increased the encounters, according to data from the University of Victoria’s website. Knowing this, we should try to remember that it is our activities that have encroached the cougar’s freedom more then them interrupting ours. Perhaps it’s not our dogs’ protection that we need so much as a deeper awareness and a greater knowledge when we venture into the lands that we share.

Based on my experience and research, if you encounter a cougar back away slowly and loudly. Make yourself look big and fight back if attacked. These ideas worked for Taz and I last year. My friend and I threw rocks and waved a big branch as we moved towards the two cougars and collected Taz. The cats did not appear frightened, but they did move off into the salal. We departed unharmed with only our racing hearts and a vivid mental image of their beauty left to remind us of that summer afternoon when our worlds collided.