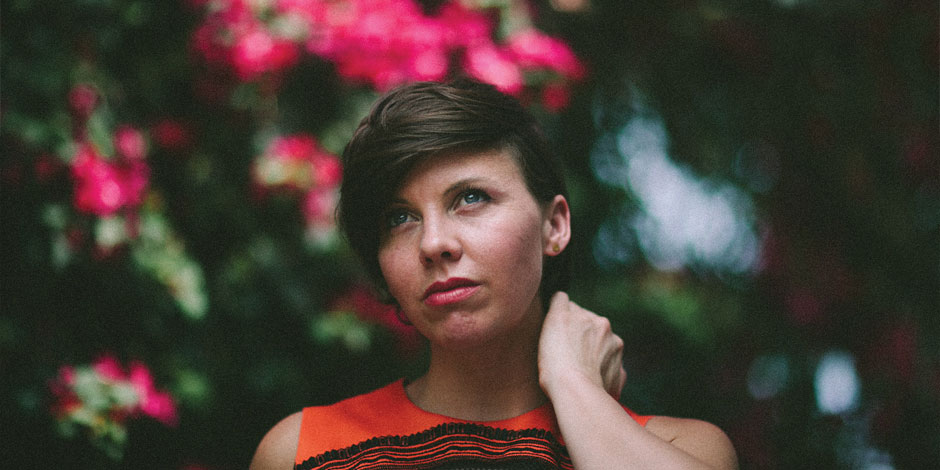 The quiet dirt road in Merville where Arcade Fire violinist Sarah Neufeld was raised led her loudly around the globe.

“You know what I’ve been doing,” says Sarah Neufeld exuberantly, on the phone from the back of a Toronto taxi. “You can Wikipedia that s#@*. What have you been up to?” It’s been at least a decade since I’ve spoken with Neufeld. Her friendly voice cuts clear through the road noise. She is between touring schedules, and in Toronto for the annual general meeting for Moksha/Modo, the “Canadian-born, grassroots, collectively-run yoga franchises.”

“Swallow that sentence,” she says, laughing. “A friend and I always had a dream to open a yoga studio in New York.” The violinist now owns, and teaches, at two Moksha/Modo studios in NYC. She’s been teaching yoga for nine years, in between a hectic touring schedule with Arcade Fire, the Grammy and Juno Award winning band she has been with since 2003.

Neufeld and I grew up together on a Comox Valley road that led nowhere. It terminated against the Tsolum River, which would overflow its banks every spring, washing over the emerald Merville landscape. It was a lush, wet place to grow up. Televisions were rare. Outhouses weren’t.

“I had a very active imagination out there in the woods. There was so much space to roam free,” she recalls. “When I was very young, I translated that into improvising. That’s how I learned to write music: by ear.” She learned to play guitar in grade nine—“heavily because of The Pixies and The Breeders”—but it was in the violin’s fickle resonance where Neufeld eventually found her voice.

“My family said ‘cool, you’re really musical. Let’s embrace that,’” she recalls. They put her in lessons, where the teacher utilized the Suzuki Method—a style focused on parent responsibility and loving encouragement. “I learned to have really open ears and become an improviser. It led me to prefer a less traditional path. There was a lot of folk and Celtic influence in the Valley. I liked the grittiness.”

Montreal is a city built on grit, and by 1999 Neufeld was living there alongside a friend named Richard Reed Parry. It’s a musical relationship that would grow as lush and verdant as the banks of the Tsolum.

“[Montreal] is a tight community,” she says. “There’s a lot of people playing in each other’s bands. Richard and I started Bell Orchestre in 1999. Then he got involved with Arcade Fire, who were doing some really cool rock and roll thing. We started playing in the same rehearsal space. I loved their music. It really touched me. There was a rawness and energy and ferocity.”

15 years later, Neufeld speaks with passion about staying creative, staying engaged. Despite her travels, Merville still resonates. “When I go to the Island, the Valley really feels like home. I grew up in the same house on a dirt road underneath that mountain until I was old enough to leave. I craved action and culture and cities. When you’re a kid, you always want the thing you don’t have. But the Valley is a special place and it nurtures unique individuals and cultures. We’re lucky to have grown up there.” 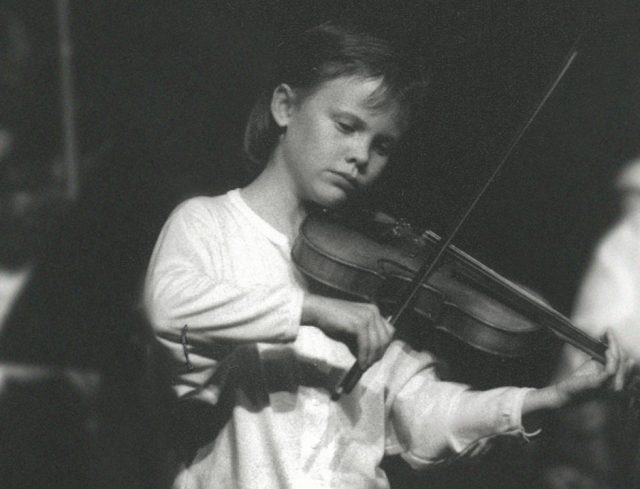