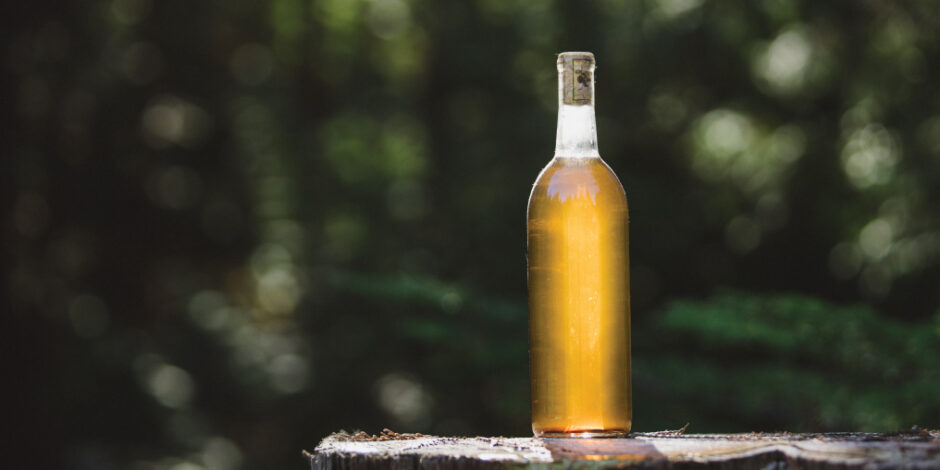 Mead-making: flavour and fun from honey.

I first became drawn to mead because of my Scandinavian heritage: mead plays an important role in many of the Norse myths, piquing my interest. Legends even spoke of the Mead of Poetry that would inspire anyone who drank it to become a skald (poet) or scholar. What was this golden beverage coveted by the gods and quaffed by the warriors feasting in Valhalla?

It turned out that mead is a fermented drink similar to wine and made from honey. I also discovered that a love of mead isn’t just limited to Scandinavian cultures and, luckily for me, you don’t need to be a god or legendary hero to try it for yourself.

Although beer fans may try to argue the point, mead lovers will tell you theirs is the oldest alcoholic beverage. Archaeological evidence for brewing mead dates back millennia before the Vikings developed a taste for it. In fact, the earliest known example of mead comes from the Neolithic village of Jiahu in northern China, where 9,000-year-old pottery fragments have been discovered with the chemical signatures of honey, rice, and compounds associated with fermentation.

It is also theorized that humans may have been deliberately brewing mead as far back as the late Paleolithic period, predating agriculture. The simplest mead comes from honey and water, so early humans could have discovered it fermenting on its own, thanks to the presence of natural yeasts. Although they would have been unaware of the process involved, perhaps they realized the health benefits and recreated it for themselves. Adding honey to water not only gives it a pleasant taste, it also makes it safer to drink, thanks to honey’s natural antibiotic properties and the alcohol formed during fermentation.

Much later, mead was enjoyed by the ancient Greeks and discussed by Aristotle in his writings. Even Chaucer wasn’t immune to its allure—he makes mention of it in “The Miller’s Tale” in The Canterbury Tales. One of the oldest surviving recipes for mead is from a Roman source dating back about 2000 years. I used that recipe’s starting ratio of honey to water to make my very first batches. The only other ingredients required are yeast and time to ferment.

Fermentation is what happens when yeast consumes sugar, producing alcohol as a by-product. In ancient times, mead brewers had to rely on naturally occurring yeasts, but now there are a wide variety of commercially produced ones available.

If you want to make your own mead, the best way to start is to find someone willing to teach you. I was inspired to try making my own by a fellow I used to get homemade mead from. Another friend was nice enough to walk me through the process and lend me his equipment for my first batch. From there, I started developing my own process and experimenting with the many different kinds of mead.

A variation called melomel contains honey and any kind of fruit. My favourite fruit to use is raspberries, although I have fun testing combinations like blackberry + Oregon grape or a triple like strawberry + raspberry + cranberry.

Metheglin, another common mead, has herbs and spices such as ginger, orange peels, cinnamon, or vanilla added to it. I find cinnamon-ginger mead to be the perfect drink for the holiday season.

A short or quick mead is ready to drink within a few weeks of brewing; it’s meant to be drunk immediately, not bottled for later. I made quick meads when I first started out.

I’ve mentioned a few examples of mead here, but there are dozens more, including regional varieties from around the world. When it comes to making mead, imagination is the only limitation.

The flavour of mead can be influenced by the basic ingredients as well as by additives. At first, I made small batches using grocery-store honey. As I gained experience and wanted to improve the flavour, I began buying locally produced honey—fireweed being my favourite. Using high-quality honey with a bold flavour definitely improves the final product. It also benefits local bees, which is important given the vital role they play in agriculture and the environment, and it helps support local beekeepers and their apiaries.

Even the water you use matters. A friend kept having a strange aftertaste in his mead, and, for the longest time, we couldn’t figure out where it was coming from. It wasn’t until I visited his home that I realized the unwanted flavour was coming from his tap water. While tap water is normally fine to use while making mead, any strange flavours in the water can alter the final taste.

Having fun experimenting with new recipes keeps me coming back to mead. (Well, that, and its enjoyable taste!) A few years ago, my parents went on vacation, leaving behind a good number of garden-grown strawberries and peaches. Not wanting them to go to waste, I decided to make a mead from them. Given the fruit’s condition when I started, I was concerned about how the mead would turn out and decided to leave it longer than normal. Then I promptly forgot about it.

Much to my surprise and dismay, I rediscovered it in the basement more than a year later. I say surprise because it turned out to be one of my most delicious meads ever—and dismay because I hadn’t kept careful track of how I’d made it. There are a few precious bottles left, carefully hoarded for special occasions. Luckily, there’s always new mead to make and who knows, maybe I’ll come up with a better batch. Hopefully, when that happens, I’ll remember to jot down the recipe.