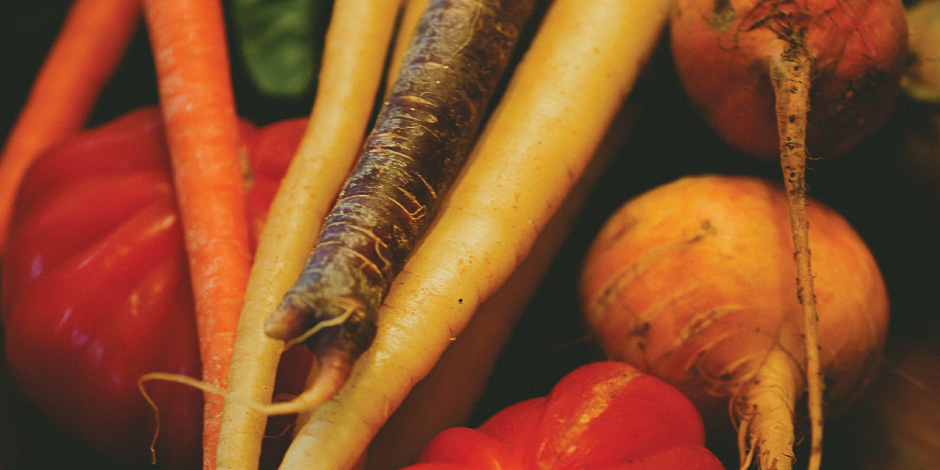 Heirloom Seeds: Connecting us to the past, present, and future

The first time I ate an heirloom tomato I had my doubts. I was never a tomato lover.

I’d seen too many sandwiches go down in the rough seas of a soggy slice, but the heirloom intrigued me.

It was mottled pink and green, and was round but unruly. It looked unlike any bloated grocery store offering that I had ever seen. I’d spent the day hiking with friends and we were having a roadside snack before heading home. The tomato in question was sliced roughly with a pocket knife and handed out with torn ends of bread and a few pieces of hard white cheese.

It was an epiphany of flavour.

I won’t deny that after that first tomato, I binged a little. I scoured the farmers’ market for treasures and ate them standing up in my kitchen, daydreaming that I was eating a peasant lunch in the French countryside…it was all incredibly romantic. It also opened up a world of plants and seeds I knew very little about. That tomato was my gateway vegetable.

I’m a novice gardener, but a big fan of eating, so my interest at first was motivated by flavour and colour. It still is, really, but in the face of climate change and in the interest of food security, heirlooms offer resilience and incredible variety. In the event of a collapse of civilization, the seed savers shall inherit the earth. An heirloom plant is an old (there is debate about how old, 50 years? 100?), open-pollinated cultivar, grown from seeds that have been selectively saved over generations to strengthen the favourable traits. You can expect these seeds to “breed true” and produce basically the same plant, season after season, unlike hybrid or genetically modified seeds which can be sterile or have unreliable results. There are thousands of heirloom varieties of seeds for growing vegetables, fruit, and flowers, and they are all seeing a resurgence in importance and popularity.

Speaking of flowers, we all know that fat bottomed bees, they make the rockin’ world go round, and growing delicious and nutritious heirloom and native flowering plants is one of the most important things you can do to support them.
Fun fact about heirloom seeds: saving your own seeds will, over time, produce a strain that is hyper localized to perform best in YOUR garden!

One of the best ways to find heirloom seeds suited to your growing conditions is to buy them directly from a local farmer, check out a Seedy Saturday event in your area, or order from a reputable source such as West Coast Seeds. Get advice from your local gardening and farming community, save your seeds from year to year, and keep a journal of what is most successful. Cultivating heirloom seeds is a potent way to engage in the present and prepare for the future, while maintaining a connection to the richness of the past.

Courtenay’s Seedy Saturday is usually held each year on the first Saturday in March. Check out the Comox Valley Growers and Seed Savers for more info on events and other resources.