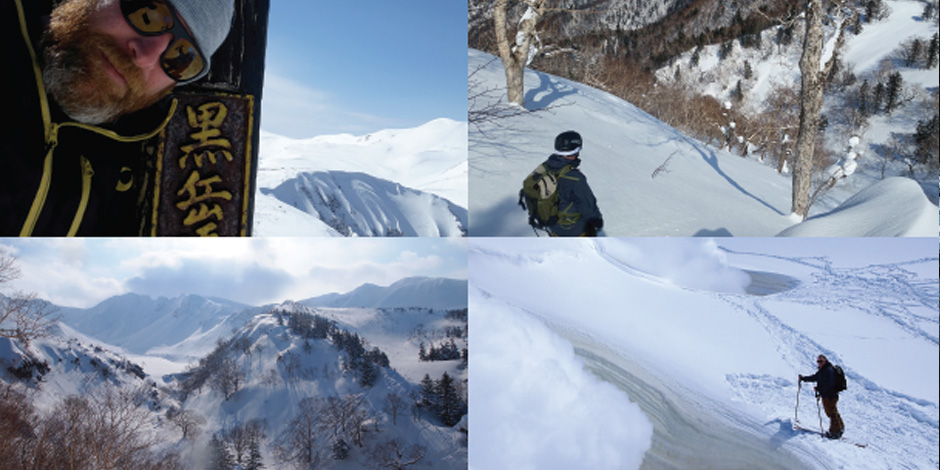 Japow: Magic on the slopes of Japan

If you’re a true powder junkie, you’re always on the hunt for the deepest, softest and fluffiest snow. I live my life on this search, counting down the days through the summer months, daydreaming of those elusive perfect turns. If you’re like me, you’ve heard tales of the deepest, driest powder in Japan. I certainly had, but didn’t envision ever making it there. When the opportunity for a quick ski vacation presented itself, I chuckled, “Yeah, sure, I’m going to go pow shredding in Japan—as if!”  But when my bud, Rob, kept forcing the issue, I realized it was possible. So just like that, we booked a ski vacation to Hokkaido, Japan.

Hokkaido is the largest, northernmost island of Japan, and despite its immense size, most of it is near sea level. Inland and out of the flats however, rises a ring of active volcanoes in Daisetsuzan National Park, located in the centre of the island. In winter, Hokkaido gets a steady stream of cold airflow coming in from Siberia and enough moisture to ensure that higher elevations get consistent snowfall. Japan boasts over 500 ski areas, but only a few small resorts surround Daisetsuzan, and that’s where we headed.

We arrived in early March when it’s cherry blossom season to the South in Tokyo, and warming up in Hokkaido too, averaging a balmy -15C during our stay. With winter in retreat, we got a week of mostly blue skies. Less fresh snow than we had hoped for, but the low temperatures kept it dry and fluffy, and the unlimited visibility meant we could really explore. It was breathtaking and we were ready. With splitboards, touring skis, avalanche equipment and a few weird snacks from 7-11, we headed to the hills. Some days, we would ride the ski area chairlifts to the top and tour from there, frolicking happily in Japan’s famous deciduous glades. Other days, we ventured alone into the unknown, an otherworldly landscape of active volcanoes and pristine snow-laden valleys. Fumaroles, or steam vents, opened up right through the snow and kept us in awe as we climbed into the high alpine in search of those perfect turns. We found them in Hokkaido. Oh yes, we found them.

Riding Japanese powder was our focus, but the entire trip was filled with wonder. We ended every day like many Japanese do, by taking a hot soak in a traditional, geothermal bath house called an Onsen, which proved a great place to glimpse into true Japanese culture. There is so much mindfulness, honour, and ceremony in their everyday routine and it seems to bring peace.

Experiencing something so foreign enabled us to reflect on our own existence. Our quest for perfect powder in Japan took us far out of our own element, only to find ourselves in it once again.