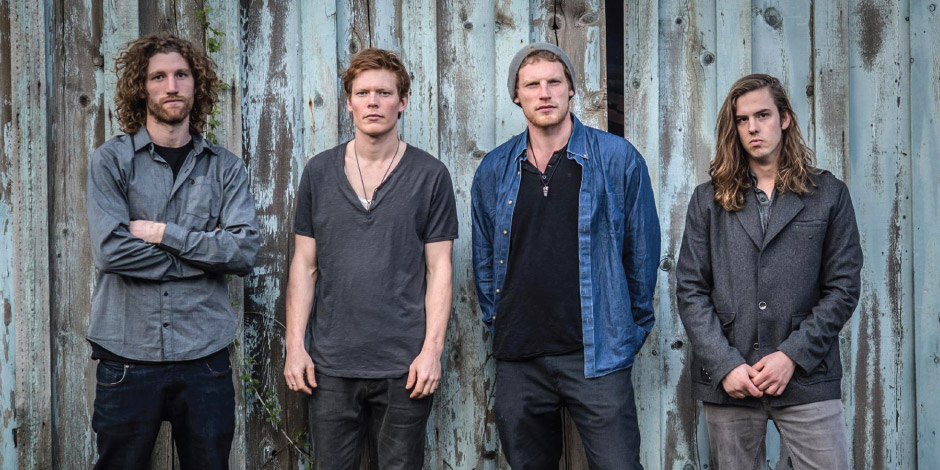 Halfway through Joy District’s set, the power to their bass, both guitars, and all four microphones cut out. On its feet, the crowd shifted from energetic towards empathetic. From the only cordless instrument, an impromptu, two stick and kick-drum solo filled the stage as bass and then guitar and finally cool vocals were layered back into the original song.

The Comox Valley’s alt-rock group lived up to the “deep, unspoken bond” that earned them $5000 and a spot competing in BC’s Peak Performance Project. The competition is funded by the Jim Pattison Group and run through Vancouver’s 102.7 The Peak. As stated on the website, it’s “designed to educate, promote, and develop BC musicians”. The initiative has poured resources and expertise into the foundations of bands such as: Said the Whale, Current Swell, and The Boom Booms.

Each finalist receives live performance, song writing, marketing and promotion mentorship, as well as, radio play and the chance to win the $102,700 grand prize. A panel of industry judges will review a portfolio compiled over a summer that evaluates the band’s use of the $5000, its ability to fundraise for a local charity (Comox Valley Transition Society) and the quality of their live performances.

The four members–three Denman Island childhood friends, two of whom are brothers–all agree one of their biggest strengths is live performance. It’s a strength shared by Mother Mother frontman Ryan Guldemond who performs with his sister and brother in-law.  In 2015, Guldemond started working on production with Joy District. It’s an opportunity the band credits to “preparation” and “luck”, adding “…he understands our level of commitment, there is no plan B.”

Drummer Gamble embodies musical dedication. At age 13 Gamble received a full scholarship to a drum camp at Hollyhock with Armando Peraza. At 19 he traveled to Conakry, Guinea, in West Africa where he spent five hours a day for three weeks straight studying the Djemb, a rope tuned, skin hand drum.  Gamble later received a Diploma in Music Performance with a Double Major in “Latin Percussion and Jazz” and “Contemporary Drum Set”.

Lead vocalist, Eli Hillberry, had a less pre-determined trajectory. After graduating from GP Vanier, Hillberry moved to Victoria to play rugby with James Bay’s Premier club team, training with team Canada’s 7 asides at the same time. Eventually, his teammates had to settle for a simple rational: “band practice is just more fun.”

In the seventh and final year of BC’s Peak Performance Project, Joy District is the Comox Valley’s last chance to garner musical notoriety before the contest shifts its focus exclusively to Alberta. On October 16th text and online voting opens to the public allowing for hometown communities to connect with and support their aspiring Island Artists.

For information on upcoming shows, or to support the band you can follow them on Facebook at Joy District.