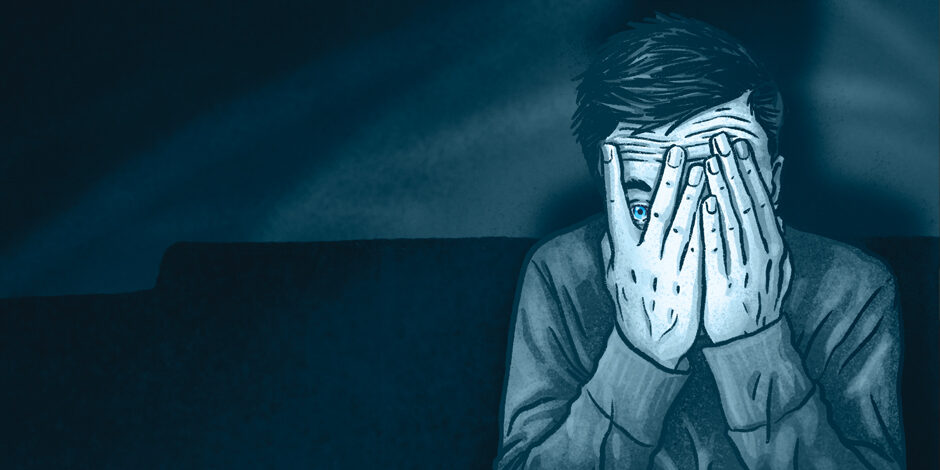 Decades ago, I was sitting in a cinema seat in Toronto, gripping the armrests as the tension heightened, and whispering, “No, don’t touch that egg . . .” I was just about blown out of my seat when the baby creature exploded out of its incubation and into the face shield of Executive Officer Kane. And while “[i]n space no one can hear you scream,” in a movie theatre, people can. The brilliant mix of science fiction and horror in Alien scared me into a week of nightmares, but I loved the thrill of the experience, too.

Although Comox Valley filmmaker and screenwriter Dan Webb was just three years old when Alien was released, he’s been an avid viewer of sci-fi and horror movies most of his life. His love of the genre inspired him to launch the Astrophobia Science Fiction and Horror Film Festival, which returns to Cumberland for a second year this October.

Webb cites films of the 1980s and 1990s, especially the A Nightmare on Elm Street and Star Wars franchises, as the seeds of his interest in film and filmmaking. But how did he go from being a movie buff to writing, directing, and producing films? Around a decade ago, he says, he started to develop a critical eye: “I began to watch films with more interest—looking at the philosophy and the aesthetics of the storytelling.”

After he moved to Vancouver Island, Webb volunteered with Shaw to learn videography and create a feature-length film. This experience gave him the skills and confidence to consider writing and making his own films, and he began working on a script for a zombie mockumentary. In 2018, he attended what he calls a “fortuitous mixer” at Rhodos Bistro for local actors, writers, and videographers interested in filmmaking. He pitched his script, and, over the following four weekends, 10 actors and a film crew—all volunteers—shot ARGHHH!. When you view the film on YouTube, you can tell—especially from the outtakes at the end—that the cast is having great fun, and you’ll likely recognize the local settings and some of the actors. ARGHHH! won screenwriting awards and inspired Webb to host the Comox Valley International Screenwriting Festival in 2021. (He’s also the programming director of the Comox Valley International Film Festival.)

At his inaugural Astrophobia Festival last year, Webb selected and judged the international collection of short and feature-length films screened at the Stan Hagen Theatre. This fall, he has help with the jurying from four friends he describes as sophisticated film buffs: “We’ll collect the best films and create a theme around them.”

The 2021 festival featured films from as far away as Japan and the Republic of Korea, many of them award winners in other film festivals. This year, “some of the films will be slow-burn, some will be psychological, some might have political messages,” Webb says. In addition to the movies, this year’s festival includes a trivia night where teams will be tested on their knowledge of sci-fi, horror, and general pop culture. All the fun takes place at the Cumberland Masonic Hall—Webb “wanted somewhere small, where we could sell beer during the screenings, and where we could host both afternoon and evening showings.” For him, the community is the perfect place to host a festival: “I’m constantly amazed at the willingness of people to attend locally produced cultural events, especially in Cumberland,” he notes.

One of Webb’s characters in ARGHHH! describes the success of his mockumentary as “Add zombies and mix.” The Astrophobia Festival invites you to enjoy a potent mixture of quality sci-fi and horror—and the satisfaction of sharing a cinematic scream with friends.