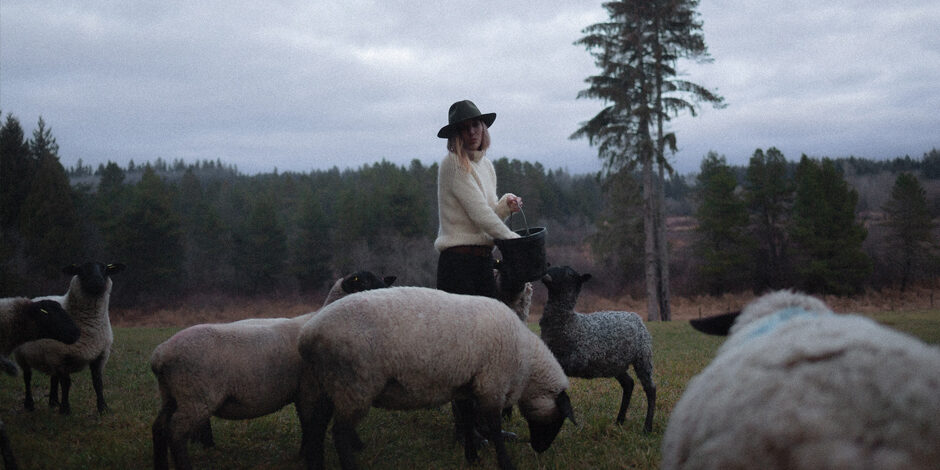 A local farmer and artisan uses ancestral skills to craft her own future.

I pull up to Kelsey Epp’s Merville farm, and, before my feet hit the ground, the silence of the long, verdant rural road has erupted into a cacophony of animal noises. As Epp makes her way down the property to unchain the gate, two miniature Australian shepherds at her feet, we agree there’s little chance of catching her off guard.

She also employs three livestock guardians—large, heavily coated white dogs who were loud and alert moments ago but have already returned to lounging on the other side of a low fence.

Their job is to look out for Epp’s sheep, which currently number 42. She raises two breeds: Suffolks, a breed from southern England, and a breed native to Sweden called Gotlands.

Epp comes from an agricultural and livestock background; her knitting, felting, and sewing craft is closely aligned with her ancestry. (Aase, the name of her studio, pronounced oh-sah, is her Swedish name.) Her grandmother taught her how to knit as a child, but in the traditional English style rather than the Swedish/Norwegian style of their heritage, since her family had immigrated to Canada.

Epp found learning to knit difficult and intuitively devised a more efficient way to do it. It turned out she had taught herself to knit just like her great-grandmother, who died ten years before Epp was born. She has since been told by others that she knits like a Norwegian. Understandably, she’s very interested in the concept of genetic knowledge.

As natural as her history makes Epp’s present lifestyle seem, it’s not always where she saw herself headed. She left the Comox Valley in 2005 for university, with the intention of going to medical school. However, a serious car accident derailed her plans before she wrote her finals, and she ended up in rehab for the next five years.

During this long period of convalescence, knitting became a focal point for Epp. “Being in a wheelchair for so many years, and while undergoing so many surgeries, knitting was a way to stay engaged in something,” she says. “Felting and knitting incubated well after the car accident. I had the time—I was learning to walk again. I was doing really technical knitting and writing my own patterns that I use to make my sweaters now.”

By the time she was able to go back to school, she found herself overwhelmed at the prospect of starting over where she left off. She switched gears and returned to the Valley in 2014 to focus on farming and artisanry instead.

Epp speaks passionately about the long and complicated process it takes for an item to get from its beginning, on the body of a beloved animal, to where it ends up: as a custom Aase Studio sweater, handmade slippers, or carefully crafted duvet in the hands of a customer.

As she talks about some of the trickier aspects of her livelihood, including complications in acquiring processing equipment from overseas during the pandemic or a desire to make more efficient use of fibre, it’s easy to see the hard work that running Aase Farm and Studio entails.

“Obviously the animals are demanding,” she says, gesturing towards the flock of Suffolk sheep in front of us. “It’s intense. Those girls are 250 pounds, and sometimes I have to tip one of them over and check her feet, even though she outweighs me. I have to pay attention [and be] very much in the moment, and I love that.”

She clearly enjoys caring for and spending time with her animals. “The lambs in the spring know nothing but joy. Their whole world is just bouncing. They look like popcorn, having races and jumping around.”

Epp also works as a carpenter in Tin Town and teaches violin in the evenings. You get the strong sense, in her presence, of being with someone who carries a great wealth of skills and knowledge, be it genetic or experiential.

“Being among that flock,” she says, pointing across the field, “there’s nothing like it. I couldn’t imagine doing anything else.” 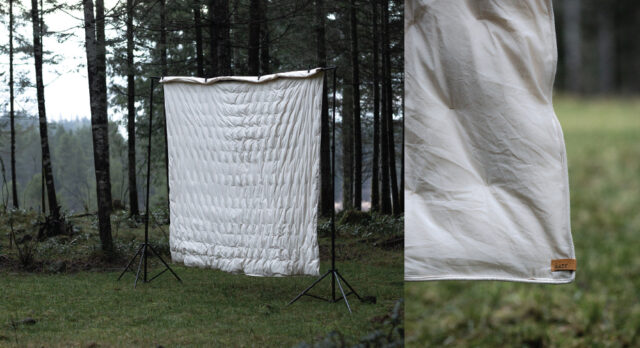