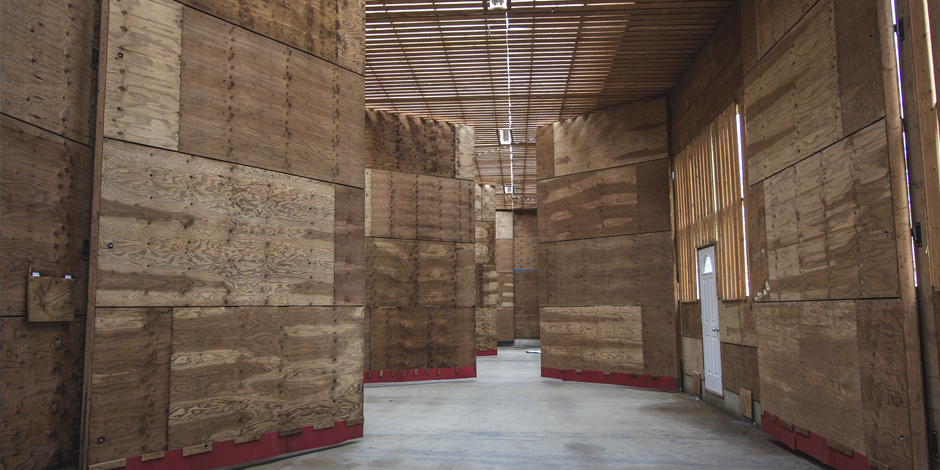 As the sun breaks through in a brief respite on a day of steady rain, the 11 acres of the MARS Wildlife Rescue Centre in Merville are alive with activity.

Volunteers are, of course, the vital drivers of any non-profit organization, but on the day of my visit, there is an energy buoyed by purpose and aided by competent coordination. There seems to be at least as many volunteers working on projects as there are wildlife patients in the hospital and recovery buildings.

The mission of the Mountainaire Avian Rescue Society (the group’s legal name, though it usually goes by MARS) is “to conserve and protect native wildlife and its natural habitat through education and rehabilitation.” For almost 30 years, MARS has given people a place to take animals in distress—and has given wildlife a voice.

MARS vice-president Pearl McKenzie says, “Wildlife and natural habitat are qualities of this area that attracted me to move here 22 years ago. It’s the same for many people, I think. We’re at risk of destroying the reason that we moved here, though.”

McKenzie can’t imagine the Comox Valley without wildlife: “Connection to nature is part of being human.”

Gylaine Andersen, manager of wildlife rehabilitation, takes me to view several eagles being treated. One got into a fight with another eagle, one has an abscess on its elbow, another was hit by a car, and a couple are recovering from lead poisoning. The big birds often feed on ungulate carcasses disposed of by hunters. “Hunters are providing a food source for wildlife, but eagles and other raptors also ingest the lead from bullets,” says McKenzie. The centre has recently added a lead analyzer, which provides speedier diagnoses for these unlucky raptors.

The rehabilitation hospital building, which bustles with volunteers, can handle up to 100 patients at a time. The busiest time is spring and summer, when many fledgling birds and baby mammals are orphaned or injured.

Education by MARS staff and volunteers has helped. For instance, most people now know that fawns are sometimes left temporarily on their own by their mothers, and have not been abandoned. The society’s education mandate expanded greatly with the completion of the Visitor’s Centre and gift shop last June. It’s a beautiful, open, high-ceilinged space filled with interactive displays and many activities to engage visitors, especially children.

MARS president Warren Warttig coordinates the building projects—and there are several. Today, he’s staking out the site of a soon-to-be-built kiosk that will be constructed largely thanks to the Courtenay Rotary. (All the Valley Rotary clubs have provided sponsorship and support to MARS over the years.)

Many donations come from individuals, in loonies and toonies onsite, and at events where MARS volunteer booths draw crowds to see their ambassador birds. But MARS has had some large contributors, too. BC Hydro is helping with a bird viewing blind, and a generous supporter donated a large sum to complete a giant new flight cage, essential for rehabbing raptors. On this day, employees of BP2 Construction—which built the Visitor’s Centre, the hospital, and the flight cage—are volunteering their time to install the finishing details on the flight cage.

Before I leave MARS, I watch five eagles feed on donated meats and fish and test their flight in the existing smaller flight cage. Two cannot be released and will stay on as ambassador birds, but the other three will be released when they are ready.

The moments of release are celebratory, says Warttig. “It’s very moving.” It is something that I want to experience, so on my way out, I purchase an invitation to be part of a release. After all, the wildlife is part of why I moved here, too. I can’t imagine this place without these species, either.

Profile of community in action sponsored by North Island Urology