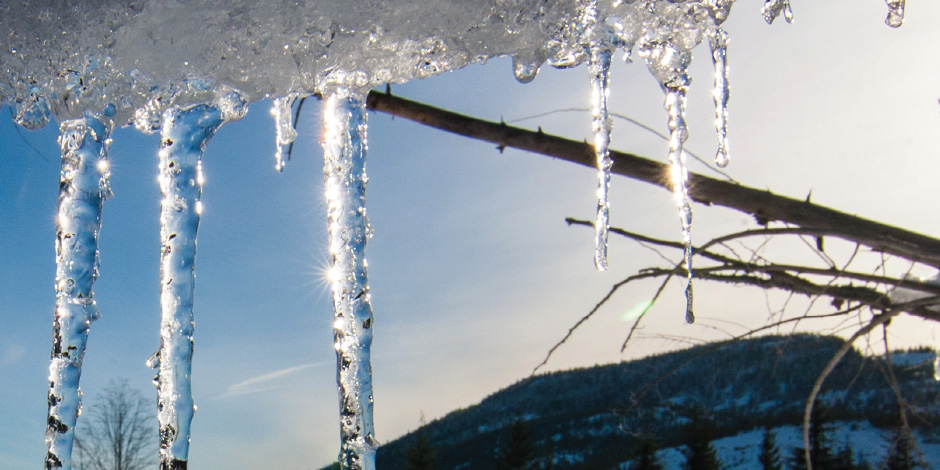 Let it Rain: Helping combat the symptoms of SAD

The rain patters the roof. Again. It feels like every morning for the last week started this way. Me lying in bed, my senses slowly coming into focus: warmth, darkness, and then my hearing checks in—rain.

I regularly thank whatever twist of DNA that makes me a happy person. I generally wake excited for the day, eager to get to work, see friends, play outside, eat good food, and enjoy life. I know what throws my game off: too much time indoors, impossible work deadlines, financial worries. And I know what cures the stress–one cc of sweating, two pills of fresh air, and a shot of adrenaline. It can take many forms: mountain biking, climbing, hiking, whitewater paddling, trail running, skiing, or surfing–which means no matter the weather, the medicine is easy to find.

Yet, three weeks into October, three weeks of rain pretty much every day, three weeks of barely seeing the sun, and I’m down. I wouldn’t go so far to say I’m depressed, but I’m a little closer to understanding what people who suffer from Seasonal Affective Disorder (SAD) go through every year. Tied to the changing seasons, the onset of seasonal depression, aka the winter blues, begins in step with the growing grey and darkness of fall, increasing through winter before improving with the return of sunnier weather and longer days of the spring.  I know at least three people who suffer from SAD just within my close group of friends and family.

The Centre for Addiction and Mental Health (CAMH) in Toronto says anyone with a history of depression or family members with SAD, are more susceptible, and women are four times more likely to suffer symptoms. People younger than 20 usually don’t and the chances of developing it decline with age. The CAMH estimates up to 20 percent of people experience some form of SAD, with higher numbers in more northern, cloudy, and rainy areas. Regina basks in an average of 97 hours of sunshine in November, while Nanaimo, the closest station to the Comox Valley, pales with 67 hours. We’re in the danger zone. “Suffering from SAD is definitely not uncommon here,” says Diane Davies, a registered clinical counsellor at Pacific Therapy and Consulting in Courtenay. “The amount of sunlight we get affects all sorts of things and it seems to be highly tied to SAD. We see a lot less seasonal affective disorder on the prairies where the days are just as short but it’s a lot sunnier.”
Symptoms of SAD are like any form of depression: low energy, reduced motivation, feeling hopeless, irritability, changes in appetite or weight, and sleep issues. Sometimes it occurs in isolation but other forms of depression or life stressors, like relationship or financial problems, can deepen the feelings. “The key distinction between just being blue and SAD is when your life is negatively impacted.” says Davies. And she notes SAD is a misnomer. “It can get serious. It can include suicidal feelings.”

There’s no known cure or prevention. SAD is thought to relate to levels of serotonin, a neurotransmitter related to mood, and melatonin, a hormone activated by circadian rhythms of sunlight. They may have natural fluctuations. Many animals respond to fall and winter by becoming less active, a reaction to having less food available and surviving colder temperatures. Scientists studying SAD believe that human ancestors became less active during the fall and winter too. However, we would have spent most of our day outside. Up until 200 years ago, 75 percent of humans worked outdoors. Today, fewer than 15 percent do. By late fall those office jobs often span daylight hours–we go to work and return home in the dark. Most researchers link sunlight and SAD, which means our modern lifestyles are at least partially to blame. ”The first key to managing symptoms,” says Davies, “is recognizing them for what they are. You can’t ignore the rotten feelings,” she says, “they’re really happening. It’s better to be proactive than wait ‘til you’ve been slain by it.”

One of the most depressing parts of being, well, depressed, is the helplessness–that the negative feelings are out of your control. Being proactive turns helplessness into action.

“Experiment with what makes a difference for you.” she recommends. “Be a little playful. It will help make the load feel a little less heavy.” There are plenty of proven strategies. Light therapy is one of the most successful, and the first thing Davies suggests. A study by the CAMH into light therapy for SAD patients found that “over time the chance of responding to light was exactly the same as responding to medications” and it worked immediately, with no adverse side effects. It’s the go to for an older friend who suffers from SAD. He sits in front of a lamp specially designed to mimic the rays of the sun. “I turn it on while I’m working,” he says. “I find an hour a day makes a huge difference to my mood.” Another person I know relies on the sun itself. He heads up to Mount Washington to skate ski as often as he can. The trek delivers a double whammy of proven SAD suppressors. The higher elevation and the reflective properties of snow crank out the sunlight even when it’s cloudy, immediately boosting his mood. Add a shot of exercise–key to overall health and another leading treatment for SAD–and he returns home refreshed and energized.

Studies suggest that timing of all these treatments seems to play a role too. Light therapy or exercise in the morning, versus other times of the day, proved more effective in combating SAD symptoms, maybe by mimicking natural chemical changes in the body produced by sunrise.

Another proven strategy is going to a sunny, warm locale. Even the planning of a November getaway plays into mood boosting. If none of that works, it’s time to talk to your doctor, who may prescribe an antidepressant and possibly a counsellor who can help develop coping mechanisms. A drastic solution is to move away. “I’ve known people to move,” says Davies. “Sometimes it’s the only thing that makes a difference.” A women I know thinks about moving every winter. The hardest part of her seasonal depression is feeling like she’s not as tough as those that don’t mind the grey. “I feel powerless when it starts,” she says, “and then it’s easy to feel weak and judged by those that don’t get what I’m going through. I think there’s still a lot of stigma around depression.”

So what can friends and family do? Davies says the place to start is recognition. If you notice someone showing signs of depression, ask them how they are doing. Express empathy and compassion. And then be their motivation. Sure my friends know that exercise helps them feel less glum, but they might not have the motivation to run in the rain. “Ask them to go for a walk or up the mountain,” says Davies. “Be there for them. It can make a huge difference.”

Back in my dark bedroom I take a few deep breaths. I turn on my phone and check the river levels–ah, the Puntledge is a perfect paddling level. Then I text my paddling buddies, and just like that, I feel a quickening in my pulse. A smile creeps onto my face. Suddenly, I’m hoping the rain keeps up just a little longer.