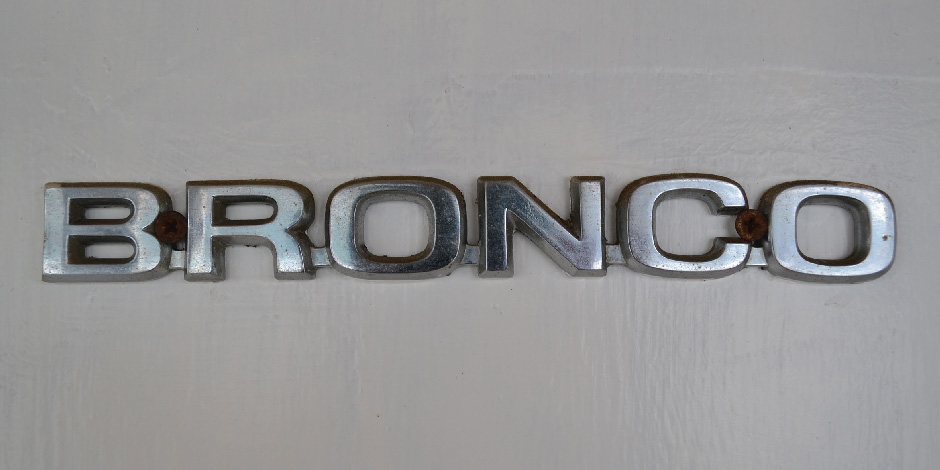 The Man, The Legend: Bronco Moncrief

If you’ve been in the valley for a while, you’ve most likely heard of Bronco Moncrief. He grew up in the Village of Cumberland, and became its long-time mayor, known for always being verbal, open, and honest—just telling it like it is.

With close to 40 years involved in politics within the Village of Cumberland, many people remember his straightforward nature. He’s since suffered from a stroke and his speech has been diminished. Luckily, he’d taken some time in the past to put his stories in writing with the hopes of writing a book. We were happy to work closely with Bronco’s daughter, Julie, and his granddaughter, Sydney, to help us tell the story of this captivating man.

CVC: What do you remember most about your childhood?

When asked this question, all Bronco could do was talk about work. Not your typical answer when it comes to one’s childhood, but it’s what stuck out the most to him.

Born in 1927, his notes show that when the war had started the demand for coal increased and many young people left their jobs and enrolled in the army. This caused a lack of workers in the local mines, so—in 1942—Bronco got himself a job at the picking table at the #5 Mine, making $2.10 a day.

Continuing to talk about the mines, he began to chuckle a bit and he explained how he had lied about his age to get the job. At 15 he wasn’t legally allowed to work, so he was fired. Six months later, his good friend, Eddie Williams, got him a job with Comox Logging making $5.35 a day and, as Bronco declared, “Things were great!”

CVC: Aside from working, what do you remember about your youth? What place is most connected to your younger days?

Comox Lake. Bronco has always had a love for our local lake. From living out there as a child, rowing up and down the lake most weekends growing up, to building his first house out there and starting a family, it was—and still is—a monumental part of his life.

There were many stories scattered throughout Bronco’s notes and one that sticks out was being down in Chinatown and “borrowing hand cars and riding down the track, when we passed Sam Miller he was already putting his three wheeler on the tracks to chase us.”

CVC: Where did the nickname “Bronco” come from?

As a young boy he delivered papers, and he was one of the youngest to do so. In the paper was an old British Comic Strip with the title Bronco Billy. The name just stuck.

It all started with Bronco being called to council in 1967. Bill Henderson (Mayor at the time) had called and asked him to help Newman (the Chairman of the Water Committee) with repairs to the #4 damn where the spillway had burnt out.

Then, in 1968 Henderson asked Bronco to become the new Chairman of the Water Committee. He accepted and took pride in doing what he could to improve the water system in Cumberland. When it came time for Henderson to retire, Bronco recalls getting a phone call from the then mayor who talked him into running in the next election.

When we asked Bronco if he recalled making that decision, he instantly answered “Yes!” He gestured and pointed in the general direction of the lake and gestured back towards town. Julie (his daughter) explained how when he decided to run for mayor they had to move because they were currently living out at the bottom end of Comox Lake, and it was out of Cumberland’s district. So, Bronco, Kay, Julie, and Ed packed themselves up and moved into town.

CVC: What is the thing you are most proud of during your years in politics?

Bronco was Mayor in Cumberland from 1969 to 1993, and from 1997 to 2002. If you combine that with his years as councilor before and after being mayor, he has a total of 39 years being involved in politics in Cumberland.

When it came time to ask Bronco this question he started to mention the water system. We then asked about the Village Park and he replied, “Yes.” We asked about the Cumberland hospital and he said, “Yes.” Same for the museum and the sewer system.

Everything Bronco that has helped with to improve the Village of Cumberland has made him proud. He took pride in everything he did. If there was no funding, he would fight for it. Kay (Bronco’s wife) told us about a time when he helped to expand the Village Park. At the time there wasn’t anyone maintaining the park, except when they’d carry hoses from their house a few times a week to water the grass and tend to the fields.

CVC: What was the toughest time for Cumberland? Were you ever worried for the future of Cumberland?

His family found a great answer to this question in some of Bronco’s old notes:

“Cumberland thrived until the 1960’s when the last mine closed. Many thought our town was finished. Some miners retired and others found employment in Courtenay and at the Air Base in Comox. The younger families remained in Cumberland, as husbands and fathers travelled to mills and logging camps to work. Their pride and stubbornness refused to let Cumberland die.”

CVC: What is the greatest strength of Cumberland?

Everyone who’s ever lived—and lives—in Cumberland cares about their town and its future. Bronco believes that, “Everything they did and currently do is for Cumberland.”

CVC: If you had three wishes for The Village what would they be?

1. Sidewalks and roads. Julie answered this one for Bronco, recalling that when she was a kid her father would always say that if he won the lottery he was going to fix and repair all of the roads and sidewalks in the village.

3. Community strength. The ‘old timers’ did everything they could to keep Cumberland going, and Bronco wishes for that to continue with new generations.

CVC: Where is your favourite place within the Village of Cumberland?

His family had to take a couple of guesses at this one.

When asked, Bronco points up to the top end of Dunsmuir and was asked if he meant The Waverly Hotel. He laughed and replied, “No.” We soon asked if he meant the Village office and he responded with an astounding “Yes!”

This makes complete sense because Bronco spent the majority of his adult life investing in the betterment of the Village of Cumberland. This meant many days, long hours, press events, and endless meetings at the Village office. Bronco has been—and still is—an advocate for Cumberland. He’s put so much passion into improving the lives of all who live there, and, while he may not go up there and stir the pot like he used to, he still loves to visit and chat with everyone.