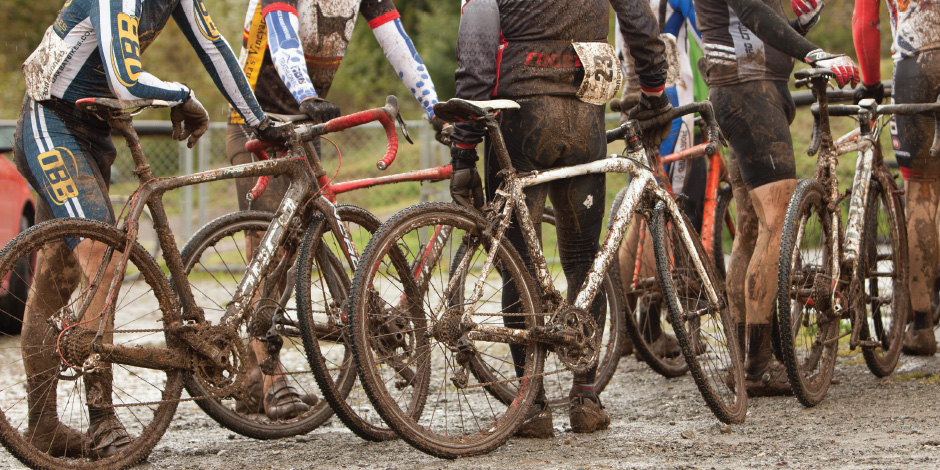 A look at the work of the Comox Valley Community Arts Council.

Cyclocross, as a type of racing, tends to be limited to a clearly defined race season here on Vancouver Island. From September to December, cyclocross is full on: a flurry of racing every weekend, sometimes twice a weekend, then, as abruptly as it began, it is gone—finished for another year. ‘Cross bikes are often converted to commuters or road bikes for the offseason. Or they just sit, covered in mud from the last race until they’re pulled out again next fall.

This gives ‘cross a sense of being divided into distinct racing seasons. But how do you evaluate any given season? What makes last year better, worse, or different from the year before? Can you describe a season of racing with a list of race results? Or is it something else entirely that draws us back every fall to slide around on our bikes in the cold, autumn rain—rain that any reasonable person would be watching from the comforts of the indoors; clean and dry, and perhaps enjoying a locally brewed beverage.

In particular, with Vancouver Island-based Cross on the Rock series, and the more ephemeral, post-season Semiprestige events, there is much more to race day than racing. For me (and I’m willing to bet this is true for others), reflecting back on those weekends, it’s not race results, series points, or lap times that bring a smile to my face and a feeling of excitement to my core. It’s the hour-long dogfight with your riding buddy, fighting for 24th like it’s Olympic Gold. It’s the encouraging cheers from total strangers, as much as from friends, that greet any racer who slides out in a muddy corner. It’s standing around the parking lot afterwards telling stories about what your lap times would have been, if only…

Racers show up early to help with course set up. They hang around all day cheering on friends and strangers, and then they stick around after the race to help tear down the course. It’s racers who help put on races in their own cities, who skip their warm-up to help time earlier races; racers who help others with last minute mechanicals and mid-race flats, no matter what club or team they ride for. It’s racers who do all of these things because someone else organized the race that first got them excited about ‘cross, and someone else once lent them a shoe, mid-race, so that they didn’t have to DNF. These are races, but they are also community gatherings where everyone faces the same course—whether they’re new to the sport or seasoned campaigners—and has the same smile on their face after the race.
And, more than anything, it’s the absurdity of putting on a serious face at the start line as you stare down the tape, into an hour of grown-ass humans sliding their bikes around in the mud. Wipe out in the same corner three times, until you can barely keep your hands on the bars because they’re so muddy, and tell me again how seriously you’re taking this season. Sure ‘cross is racing, but that’s just part of it. It’s also a celebration; the clearest distillation of the joy of riding bikes, and pushing yourself so hard you taste blood mixed with the mud. Not because you have to, and not because you have nothing better to do, but because it’s so much fun!

For me, it’s the collection of memories that defines ‘cross.
They are what get me excited for a wet, West Coast fall, even when I’m sitting on a patio enjoying a cool beer in the warm summer sun. It’s what will get me out of bed on a cold November Sunday when I should really be staying inside perfecting the coffee-to-Baileys ratio. And it’s this sort of selective recollection that keeps me excited all fall, and each week as the weekend creeps closer, I forget how cold it was the weekend before, and how tired I was mid-race. It even lets me forget that giant bag of wet spandex sitting in the car trunk until Wednesday, when there’s just enough time to do laundry before the weekend hits, and it starts all over again. 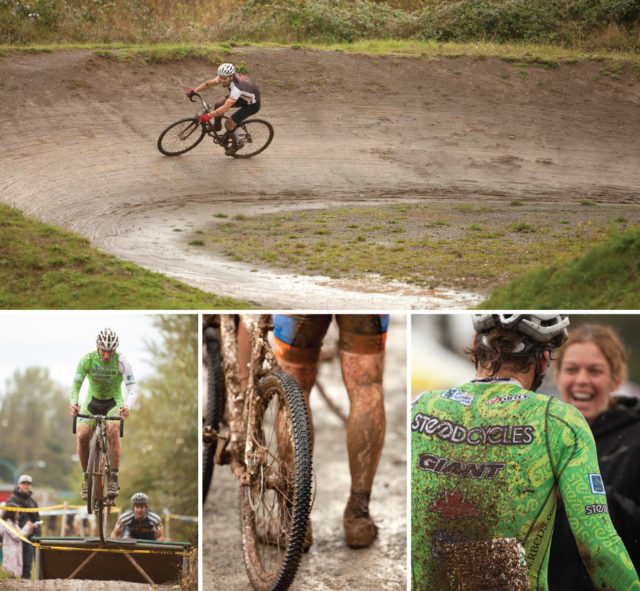