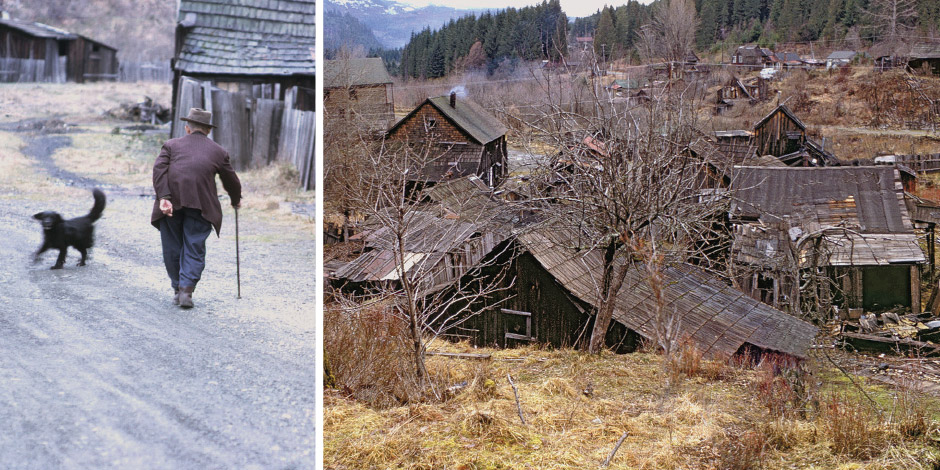 Walking along the old Wellington Railway trail where alder, hard hack and osier dogwood create a bower of beautiful for wildlife, I smell the coal dust still blowing from the coal hills adjacent to Number 1 Mine. It’s all gone back to wetlands now, Cumberland Chinatown. Old fence posts from long flooded farms poke through the water and marsh has returned to drown the remains of a once thriving community.

But when shadows grow long and the mists come rolling down from the Beaufort range, I imagine that what was tall false front stores and wooden shanties, small garden plots full of cabbage and Chinese vegetables and pigs wandering the streets. The mine whistle blasts, and at end of shift, weary miners still blackened with coal dust stop at the Sun On Wu restaurant for a quick bowl of Cumberland chow mien before trudging home. It is when the church mission bell rings that I am brought back to the present when the sounds of mallards and wood ducks in the water displace mine whistles. The wetlands have become a time tide washing over a hundred years of history.

Hor Sue Mah ‘Jumbo’s’ cabin is the last piece of tangible evidence at Coal Creek Historic Park showing that there was a Chinatown in Cumberland. Before “Jumbo” lived there, the building was used for many things. One of the most interesting is that it was once a temporary ossuary–a place to store human bones. I touch the splintered logs on the outside of the building. If there is such a thing as muscle memory, why not memory through wood and bone?

Chinese miners were paid half of what the white workers were paid and out of that meager wage they paid weekly dues to the Chinese Benevolent Society. When a Chinese miner was killed in the mines, the insurance paid for burial at the Cumberland Chinese Cemetery. Marked by a simple white wooden obelisk painted with characters identifying the man and his home village, seven years after death, his bones would be exhumed and stored in Jumbo’s cabin before journeying on to Victoria, where they were burnt with proper ceremony.

Finally, the ashes were shipped home to China and reburied in ancestral plots tended by family through the generations. For many miners, the hope that they would be honoured after death for providing for their families in life was the only reward they got for coming to Vancouver Island in search of a better life. One hundred and seventy five Chinese died in the Cumberland mines, and most of their bones were stored in the only building that remains.

There is an essence to this place–a presence of the past felt most strongly in the moody wet gray days of October and November. Coal Creek Historic Park echoes with the sound of miner’s trudging feet, time shifts and I hear mountain bikes and hikers. A hundred years ago is now. 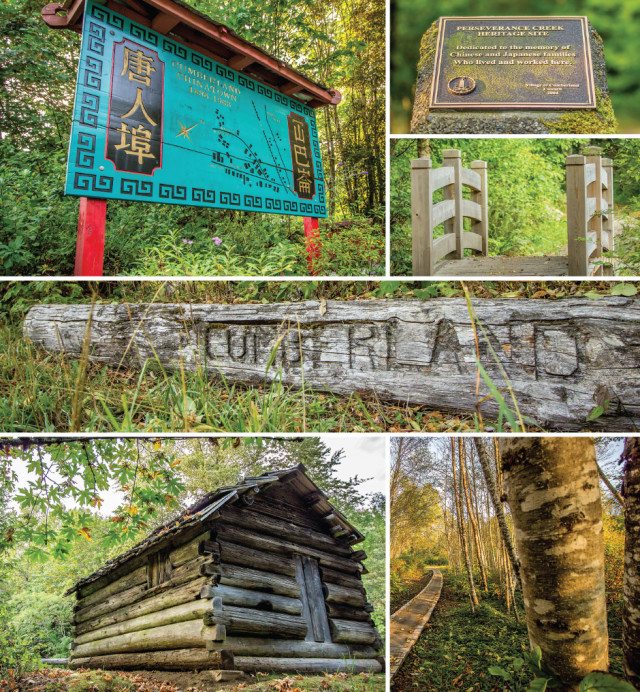