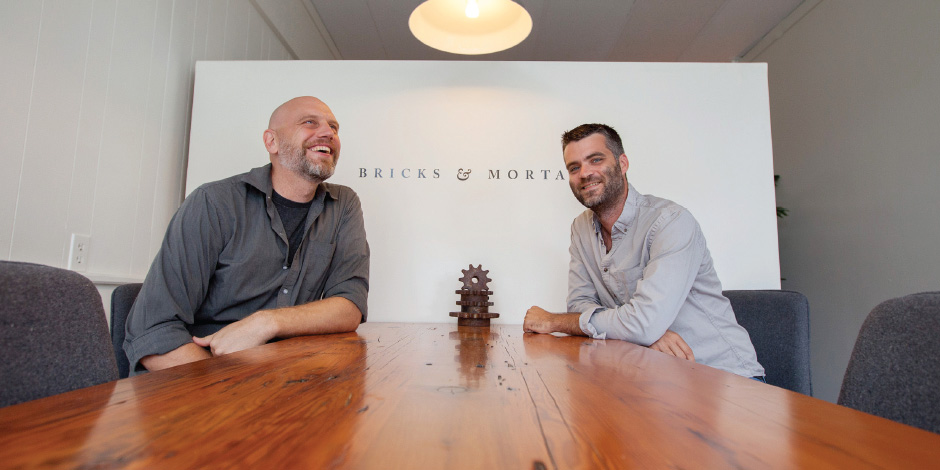 Dialect is a small design studio based in the Comox Valley that was created by Alex Dunae and Nik Szymanis in 2008. The duo behind Dialect builds websites, and shapes visual identities to tell clients’ stories, grow their businesses, and strengthen their brands.

Almost 30 years ago, Tim Berners-Lee launched the World Wide Web in a bid to better share information. Since that time the web has become integrated into our everyday lives. As this happened, the technology behind the web has also evolved. The Internet revolutionized communication, to the extent that it’s now our preferred medium of collaboration and connection. Digital technology is changing the things we make, the way we communicate, and increasingly, the way we do business. It’s no longer about web pages or having a webmaster—today’s web has matured, mobile and smartphones are ubiquitous, social media is on fire, and software collides with the physical world in a way that redefines business and how we go about our daily lives. Web pages themselves are no longer the centre of the Internet experience, which is why design studios and individuals need to move to the next challenges if they want to stay relevant.

As Thomas Watson of IBM fame once said, “Good design is good business.” It has also been said, “good design is invisible” and “good design is as little design as possible.” What does good design even mean anyway? Good design is not just what looks good. It also needs to perform, impress, and fulfill its purpose. It can be innovative, or it may simply get the job done. Higher competition coupled with evolving needs of the customer have made design a strategic differentiator. This rings true when I think of the output from Dialect, a two-person design studio.

Established in 2008, Dialect is a partnership between developer Alex Dunae and designer Nik Szymanis. Around 2005, Nik was working as a freelance designer and event producer in Courtenay, and Alex was working as a marketing manager in Victoria. They met thanks to mutual friends and quickly found a shared appreciation for each other’s work. Nik and Alex started to collaborate on a few web design projects, and found a good fit with combined backgrounds in fine arts, marketing, business, and technology. After a couple of years of working together off the side of their desks, they decided to formalize the partnership and thus Dialect began. As Steve Jobs once said “Great things in business are never done by one person. They’re done by a team of people.”

Dunae and Szymanis’ Zen-like collaboration style presents a yin-yang of both analytical and creative thinking. Their work is measured and timeless in a way that is the result of a well-defined process and hard work. Not afraid to roll up their sleeves to ensure things turn out just right, Alex and Nik bring a level of detail to their craft that is absent in much of today’s homogenous design. If you’re having a pint down at Cumberland Brewing, the logo they designed sits right under your nose. Having coffee at Tarbell’s? Dialect created the logo in the window. If you’ve ever ordered tickets for Vancouver Island MusicFest, or the Atmosphere Gathering, or the Filberg Festival, or for a Cumberland Village Works show, you’ve used their ticketing software. Their work bridges the digital and physical realm.

I first came across the work of Dialect when I was doing freelance web design in Tin Town. I’d never met Nik or Alex before, but I felt the need to connect because I was so taken with their design style and quality. I emailed Nik a few times praising the work I’d seen and suggested we get together for a beer. I was eager to meet with other inspiring designers and developers. After almost 10 years, their output continues to inspire me and others who have had the opportunity to work with them.

To give some background on their design process and methodology Nik tells me, “A dialect is a variation of language that is related to a specific group. Our clients and their audiences share this type of language between themselves. Our job is to decipher the intricacies of that dialect in order to help them communicate with each other. From the perspective of our studio practice, we’ve always emphasized the fact that each of our clients is incredibly unique and, because of that, they each deserve tailor made strategies. We’re not big on cookie-cutter design solutions, and feel that a design studio’s primary role is to facilitate effective communication between a client and their audience.”

The impressive thing about Dialect is that they create thoughtful design experiences for both the digital and the physical —a harmony between the digital and the brick and mortar world we live in. A balance to creating work that stands true in both worlds because we, and they, are ever more connected every day.

With the evolution of the technology industry over the past 10 years, many digital studios have had to rethink their service offerings. In years past, Dialect has built websites and created visual identities to help tell their clients’ stories. Lately, Alex tells me the past few years they’ve been shifting focus to product development and away from client work. Still working with a small handful of clients, now most of their energy is directed to developing their software businesses.

Currently most of their time is spent on building two separate web applications: Tickit and Propeller One. Tickit is an online ticket selling system geared toward festivals and used by event producers across the country and beyond. Tickit makes it easy to sell tickets online, from small scale bar shows to multi-gate festivals. Dialect designed Tickit hand-in-hand with event promoters so that promoters could focus on their events, and not worry about technology. They’ve grown the service to include over 80 festivals and events across North America.

The other application that Dialect is working on is called Propeller One, a management tool for small and medium-sized airlines. The basic premise of Propeller One is to help small airline operators manage their businesses and fleets more efficiently. Dialect partnered with Vancouver Island Air from Campbell River to get the service off the ground, and they expect to have Propeller One available this fall.

With a desire to contribute to Downtown Courtenay and have a productive place to work, Nik and Alex started Bricks & Mortar, a creative studio and shared office space on Cliffe Ave. Bricks & Mortar is shared by a small group of designers, developers, and entrepreneurs who wanted to come together to inspire one another in dialogue and collaboration. Nik elaborates, “Downtowns are important and they’re changing dramatically, especially in small towns like ours. We’re here to participate in the conversation about the future of downtowns and to see how our respective work fits into their future.” The fusion of technology and the physical aspect of a shared office space creates new opportunities that did not exist as recently as a decade ago. Alex goes on to tell me, “Bricks & Mortar serves a few different roles to me. It’s a fun, productive place to work with good people. Less tangibly, it’s a statement about how we value downtown and our little contribution to building the sort of small-town downtown that we want to live in.” All in total the lower floor of 441 Cliffe Ave houses more than 12 people and eight different digital businesses and start-ups.

As the web industry evolves, Dialect shows us that their secret to longevity and staying relevant is doing good work, creating useful products, and collaborating and contributing within the local community. Jeff Bezos said it best “What we need to do is always lean into the future; when the world changes around you and when it changes against you—what used to be a tailwind is now a head wind—you have to lean into that and figure out what to do because complaining isn’t a strategy.” 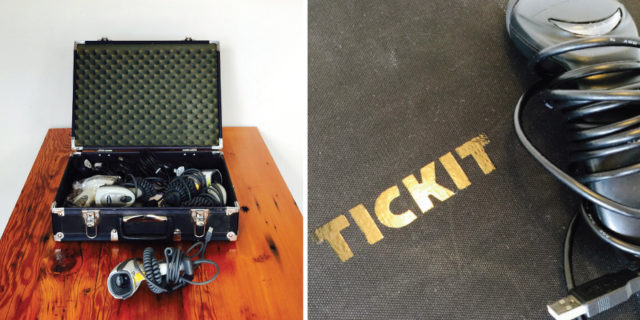