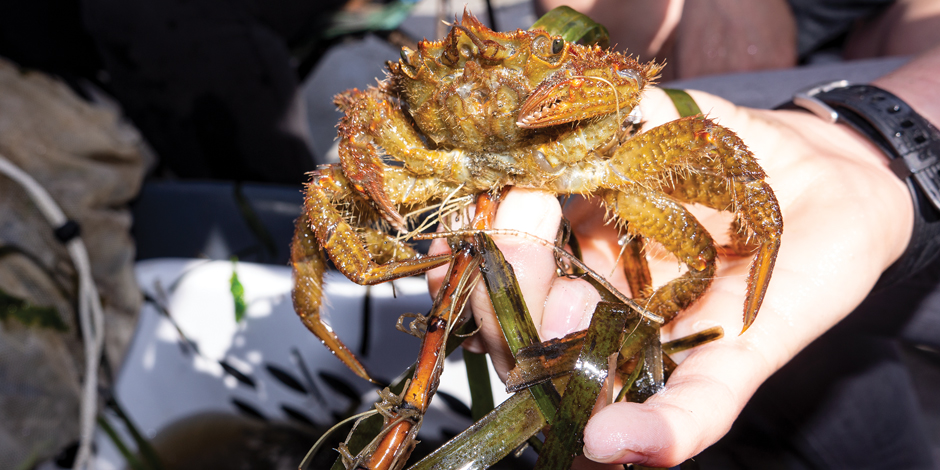 The famous French oceanographer Jacques Cousteau once said, “We forget that the water cycle and the life cycle are one.”

Comox Valley dwellers are blessed with an abundance of both fresh and salt water, which some of us do sometimes take for granted. But since 1993, the Comox Valley Project Watershed Society (CVPWS) has been working to protect the best interests of the waters that surround us.

The group’s best-known current project is Kus-kus-sum, the “Unpave Paradise” initiative with a mission to restore the former Field Sawmill site by the 17th Street bridge to a natural environment.

However, the CVPWS has also been busy with other projects that will have a far-reaching positive impact on our watershed.

In 2017, the group received a $589,000 Coastal Restoration Fund grant from the government of Canada’s Oceans Protection Plan to carry out a five-year study into the habitat features of 120 km of Salish Sea coastline (from south of Deep Bay to just north of the Oyster River estuary). They lost no time in launching research and restoration efforts that are already yielding benefits.

This area includes three main marine vegetation types—saltmarsh, eelgrass, and kelp—which are crucial to sustaining several species of salmon, as well as many other fishes and invertebrates like crabs.

The group is concentrating its efforts on the nearshore: the shallower areas of the sea where salmon fry and smolts spend time after emerging from the area’s network of creeks. A thriving nearshore will have sufficient vegetation to provide the young salmon with food and protection from predators.

The CVPWS team carried out extensive aerial photography and underwater video tows to understand how the nearshore has been affected by various coastal development activities over the past several decades. Then, with input from three First Nations bands and five stewardship groups, they developed a Coastal Restoration Plan that identifies 70 potential nearshore projects (57 of which are restoration and 13 of which protect currently healthy habitat).

Their first restoration project brought some much-needed love to the Royston Wrecks area, where the shoreline plants had historically been affected by log booming and the saltmarsh platform was being severely eroded by waves. They constructed a 500 sq-m armoured saltmarsh bench and planted it with thousands of densely growing indigenous saltmarsh plants with strong root systems.

In the same year, the CVPWS contracted biologist Angela Spooner to lead the Union Bay dive team and eight volunteers in transplanting 541 sq m of eelgrass in the Bowser lagoon south of Deep Bay.

In the project’s third year, over 1000 sq m of eelgrass was transplanted near Miracle Beach, while over 600 sq m of saltmarsh was restored south of Ships Point (near Fanny Bay).

Bull kelp is another plant that the CVPWS is restoring. Local bull kelp beds have been in decline for years, probably due to a combination of factors including coastal development; warmer seas; changes in salinity, turbidity, and sedimentation; and an increase in the sea urchins that love to eat kelp.

Kelp grows quickly under the right conditions, so within the restoration site (selected since it appears to have low sea urchin numbers), the team is deploying seeded kelp lines and transplanting kelp plants from a donor site. The overall goal of this project is to evaluate the effectiveness of these different approaches for future initiatives.

The fourth and fifth years of the study will see the group undertaking several more nearshore saltmarsh, eelgrass, and kelp restoration projects. The idea is to re-establish a “salmon highway,” with robust, reconnected habitats that will help fish and other marine animals flourish as they travel along the coast. The fish may not be aware that “the water cycle and the life cycle are one,” so it’s up to CVPWS to keep on looking out for them.


Profile of community in action sponsored by North Island Urology 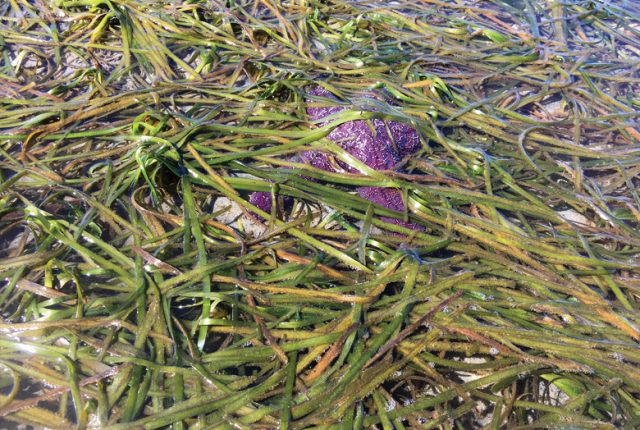