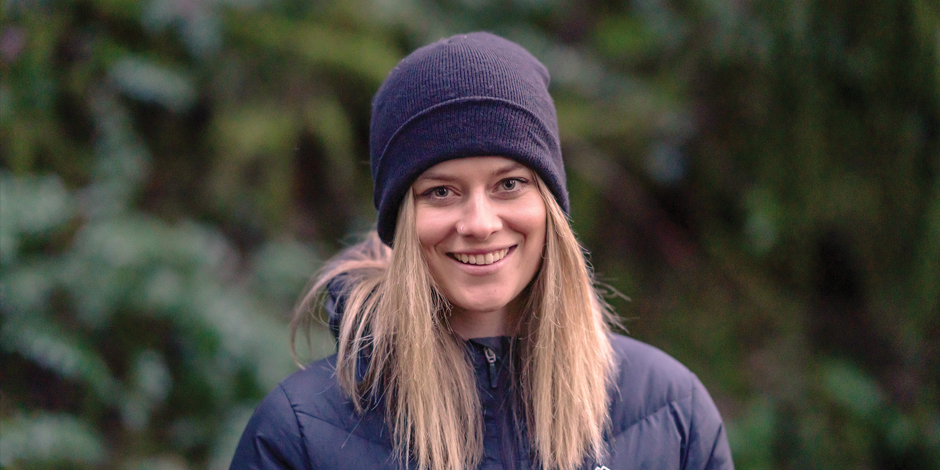 NO FEAR OF FALLING

Throughout history, humans have been fascinated–even obsessed–with the art of flight. From Leonardo da Vinci and his influential helicopter designs and early aviators like the Wright brothers and Amelia Earhart to pilot-astronauts Neil Armstrong and Chris Hadfield and notorious BASE jumpers and skydivers like Jeb Corliss, flight for humans continues to progress exponentially. According to the International Air Transport Association (IATA), over 100,000 flights depart every single day. It’s safe to say that the act of flying has become mainstream almost everywhere in the world.

There is a different type of flight, however, that has been taking off since the 1980s. From bridges to mountainsides, canyons and cliffs, adrenaline-seekers can be seen in increasing numbers, taking a leap.

Who are these people who actively seek falling into thin air? Perhaps they were the kids who would answer the classic motherly question, “If your friend jumped off of a bridge, would you do it, too?” with a resounding “Absolutely!”

Years ago, on a winter’s day in Whistler, a friend asked me to jump off a bridge with her. I responded with a “Hell yeah!” that quickly became a small and reluctant “yes” as I found myself strapped into a harness, peering over the edge of a not-so-allegorical bridge into the rushing river far below. My voluntary tumble towards the frigid waters (accompanied by bloody-murder-worthy screams) remains my first and last leap of faith.

For my friend, Angelique Vinnedge, it was merely the beginning. Bungee jumping evolved into a deep love of everything airborne including paragliding, skydiving, fixed-wing flight school, and even BASE jumping—the extreme sport of jumping from a high, preferably scenic point (such as a bridge over a canyon) with a parachute. In order to qualify as a true BASE jumper, you must jump from each one of its namesake: Building, Antenna, Span, and Earth.

Sound terrifying? Not to Ang. And in any case, for her, fear is a necessary part of life: “A little bit of fear is healthy and very important to keep yourself safe and not complacent… To truly respect a sport, I believe, is to have that healthy fear of it.”

While formal education isn’t required for BASE jumping, Angelique, already certified for paragliding and skydiving, recently participated in a BASE course in Idaho where she fell in love yet again, mostly with the “mental silence before the jump.” She now has over 400 jumps in paragliding, skydiving, and BASE jumping under her belt.

As with any kind of activity that involves pure adrenaline and a high probability of death, BASE jumping has a unique subculture characterized by deep bonds among those who intimately know the rush and the risk, and seek them repeatedly.

People come from all over the world to attend single- or multi-day, campout-style, BASE jumping or skydiving “boogies.” These adrenaline-rooted events feel like inclusive family gatherings, where everyone is encouraged to come as they are and share their most valuable possession: time. “The adrenaline got me into it, but the community made me stay,” says Angelique.

While it may seem that those who willingly launch into free fall have a few screws loose, the lessons learned from every leap help jumpers like Angelique fulfill the human desire to find purpose in something bigger than themselves. With every second—or, when skydiving, minute—spent falling, Angelique is brought back to the moments of mental silence she seeks and loves.

“There is an existential humbling and euphoria [that comes with flying]. I’ve learned lessons in patience and self-trust, trust in others, detail orientation, self-awareness, and to enjoy every goddamn moment [I] have.” 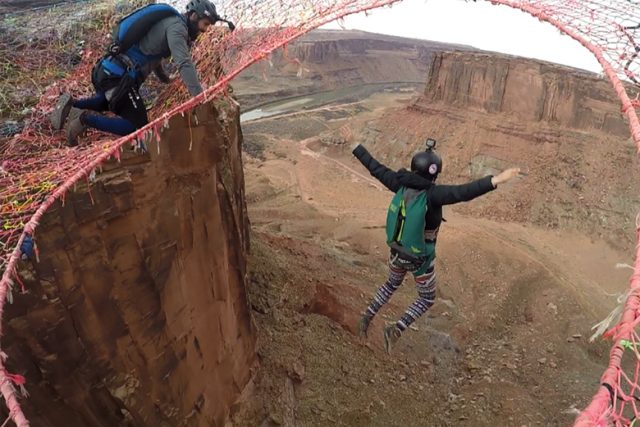