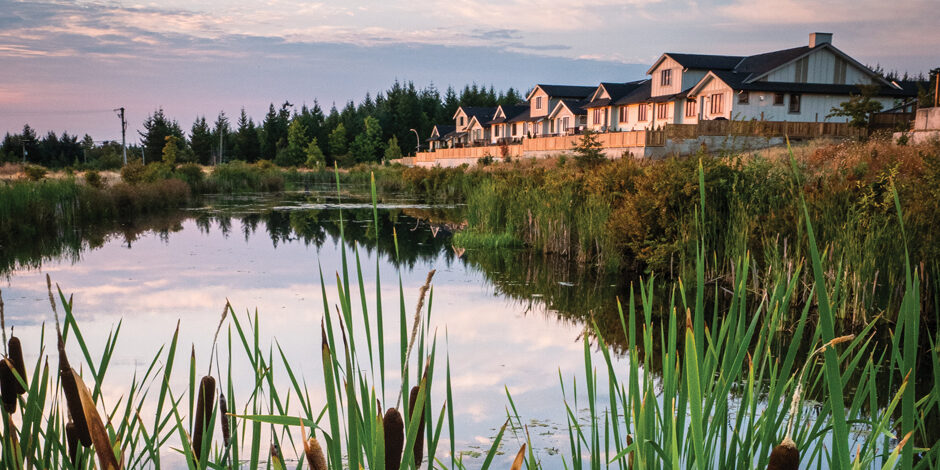 ON A HUMBLE SCALE

An ordinary stormwater retention pond turns out to be remarkable, indeed.

In 1845, Henry David Thoreau went into the woods of Massachusetts and built a simple cabin beside Walden Pond. For two years, he wrote observations about the place and reflections about a fulfilling life. His resulting book, Walden; or, Life in the Woods, remains a meditative guide for those who seek a life in balance with nature. People in the Comox Valley often cite this pursuit of balance as a reason why they live here.

Public health orders have meant that I have been working from home. My workspace overlooks the complete extent of a seemingly unremarkable stormwater retention pond, no more than two acres in size, situated in what’s known as Ridge Park in the south end of Courtenay. It is a place that provides a sense of peace for me and my neighbours.

I have witnessed three full cycles of the seasons beside the pond. When the public health order suddenly meant that I was home all day, overlooking the water, my observations became lengthier and more acute, and my appreciation for this space deepened.

“The scenery of Walden,” Thoreau wrote, “is on a humble scale, and, though very beautiful, does not approach to grandeur, nor can it much concern one who has not long frequented it or lived by its shore.”

Thoreau’s pond was created by the retreat of glaciers 10,000 to 12,000 years ago, and so, when Thoreau came to it, the ecosystem had been present for thousands of years. The pond at The Ridge Park is less than a decade old, dug by the City of Courtenay as part of stormwater management infrastructure. And, yet, in a very short time, it has become a remarkably rich habitat. Interestingly, the water itself has done the work of a modest rewilding, helped along by birds and insects.

“The standard [for water retention ponds],” says Nancy Gothard, City of Courtenay policy planner, “is not to create wetlands, so this happened naturally.”

The City’s primary intent was to maintain stormwater run-off consistent with pre-development levels. This means if there’s a big storm—and with climate change there will be more and bigger storms—the water system below the pond is not overwhelmed. Meanwhile, the pond water allows flora and fauna to flourish through every season.

In March, the red-winged blackbirds arrive to nest among the bulrushes. Then the violet-green swallows return, dipping and diving, to catch the early emerging insects and nest in the retaining wall of my yard.

In fact, it is the explosive breeding and hatching of insects that is the source of the rest of the life there. Some days, the surface ripples and dimples with the hatchings and emergence of mayflies, damselflies (alkali bluets, boreal bluets, western forktails), and dragonflies (cardinal meadowhawks, paddletails, blue-eyed darners).

The birds—swallows, purple martins, nighthawks, song sparrows, and house finches—feast all summer. Merlins, three or four at a time, show up in August to hunt the bigger dragonflies for a few weeks. And the elegant cedar waxwings pick off the berries that ripen on bushes along the shore.

As I watched out my window last spring, a mother mallard appeared with 11 tiny ducklings, and various neighbours emerged on the waterside trail with new puppies. The drama of the daily duckling count was balanced with noting who had adopted which canine breed.

Dusk brings the overwhelming chorus of Pacific treefrogs in spring, and the juvenile frogs fill my yard in the summer. Little brown bats take the night shift, hunting insects above the pond.

Garter snakes thrive at the pond as well. A pair of muskrats have made it their home, and other mammals regularly visit—deer, black bears, mink, and raccoons. In winter, the pond is a quiet refuge for bufflehead ducks, and for those of us who briskly walk by.

Walden Pond has survived for millennia, and thanks to Thoreau, it has become a place of reverence. The constructed pond at Ridge Park will likely be long-lived, since it is part of the City’s vision of sustainable urbanization and natural asset management that includes the Urban Forest Strategy (to bring the tree canopy to 40 per cent) and more green infrastructure like the raingardens on 5th Street.

While Walden Pond is located in the woods, the Ridge Park pond resides within a growing city. Courtenay’s official community plan (OCP) is being released for public consultation in September and October 2021. One of its values, which will ensure the vibrancy of the little pond next to my house, is this: “(n)ature will be invited into our neighbourhoods by making space for it, increasing opportunity for residents to recharge and connect. From the scale of regional biodiversity corridors to individual trees, raingardens and yards, our natural assets will be a visible and celebrated part of Courtenay’s identity.”

Nancy Gothard says that the OCP is “a great opportunity for a collective effort” on this vision. For my part, I am aware that my well-being is enhanced by the little body of water beside my house, and I am inspired to protect its humble beauty. 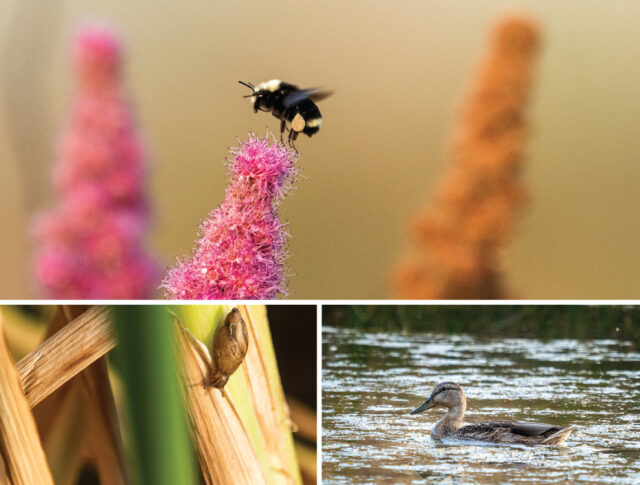