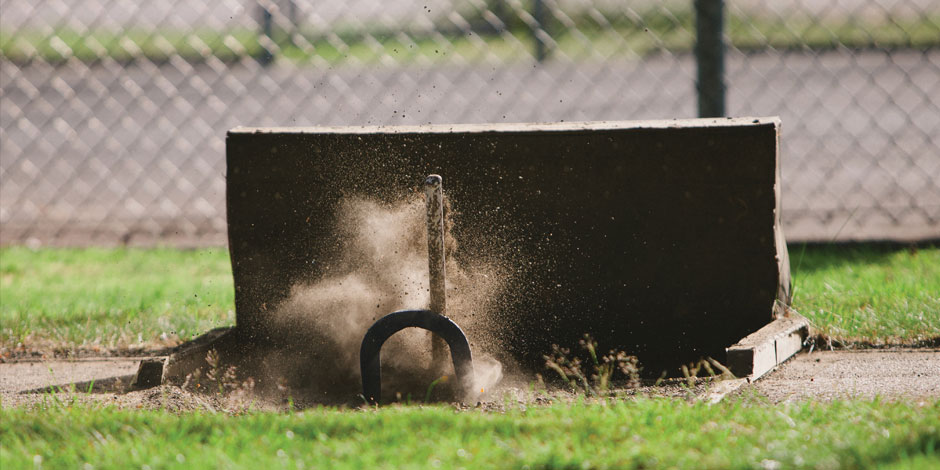 ON ANY GIVEN THURSDAY

Dropping in on the members of the Comox Valley Horseshoe Club, where simple pleasures are honoured and everybody’s welcome.

I came across a photo box recently containing pictures of a summer my family spent in a rented cottage at Penn Lake in Ontario’s Muskoka region. They say a picture is worth a thousand words, and these sepia-toned images sparked memories so vivid that I could hear the sound of our 15-horse outboard motor, our cannonball splashes off the roof of the boathouse, and the distinct clang from the horseshoe pits. If they weren’t out on the water, cottage guests would often congregate around the makeshift horseshoe courts. The air had a hint of cigarette smoke and the cheers and jeers could be heard across the lake. This is my recollection of the summer of ‘79.

Not quite 40 years later and 4000 km west, the sights, sounds, and scents that proliferate at the horseshoe pits in Cumberland aren’t much different than what I remember from long ago. On any Thursday evening, after daylight savings and before the weather gets too miserable to play, the members of the Comox Valley Horseshoe Club (CVHC) can be found “pitching shoes” at one of the two courts. I recently spent a warm summer evening getting to know the group.

Trevor Bruce, whose official title is Secretary, also holds the unofficial title of chief historian of the CVHC. They started “some 35 years ago” with a handful of pits and a tiny clubhouse. Over the years, through government grants, community partnerships, local donations, and the efforts of their own membership, the club has managed to build on its once meager infrastructure. Tucked alongside the tennis courts in Cumberland’s Village Park, they currently have a total of 15 pits, most of which are covered, with a much larger permanent clubhouse. They’ve also leveraged space in Courtenay’s Lewis Park, for six additional pits and a small shed for storage.

While most of the members are over the age of 60, the club has introduced their pastime to local youth. Last year they had a number of school groups spend the better part of a day learning how to “pitch a shoe” and “land a ringer.” There’s deceiving simplicity to the game of horseshoes. The scoring is straightforward: three points for a ringer (where a shoe encircles the pin) and one point if your shoe lands within six inches of the pin. That said, the scoring for tournament play gets more complicated with the cancellation of scores. For example, if both players get a ringer, neither receives points for it. Judges and umpires could also be called into action should a player disturb the sand or use a shoe that isn’t regulation.

I ask the players, “Why Horseshoes?” They all give the same response: “Camaraderie”. As simple as that. Above the sound of horseshoes making contact with the sand, with the pin, and with another horseshoe, you can’t deny the sound of laughter and quick-witted comments directed at fellow pitchers. I can’t help but laugh when the penultimate taunt is “Turn your damn hearing aids up!”

I’m not going to lie; I got caught up in the nostalgia. I forgot why I was there and instead of taking notes, reveled in their stories about the Valley in the 60s when lots cost $350, you could build your own house without a contractor, and that houses only cost $5000. I relished in their tales of local heroes past, departed members of the group, and the characters who made up this community. In 2018, it was a breath of fresh air to find out that no one there had an Instagram account, and most of them looked at me sideways when I asked about Snap Chat.

For the folks who play, the draw of horseshoes isn’t about what exists, but what is absent. It’s not rushed. It’s free of pretence. There are no officials, at least not in league play. There are no pros, men and women play each other, and age doesn’t matter. It’s living in that moment while staying connected to the past. See you on Thursday. 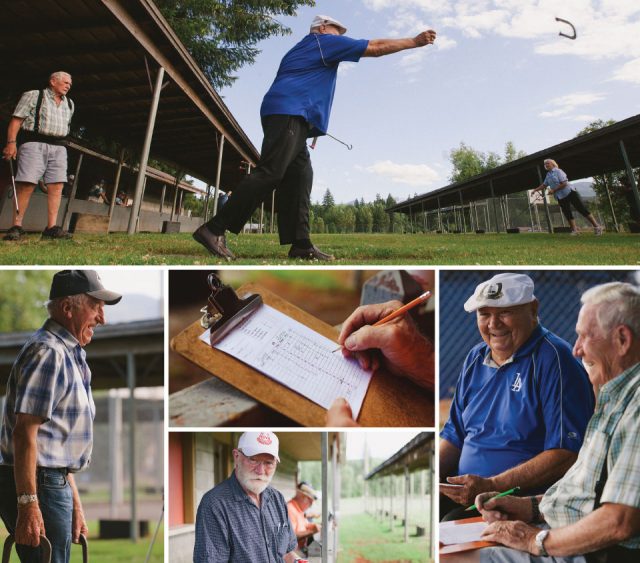