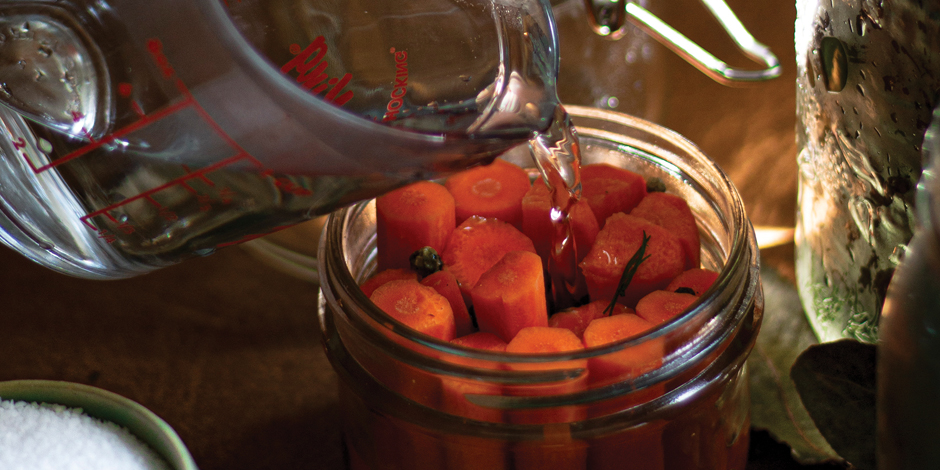 ON SMOKING AND PICKLING

There’s something that connects me to a greater world when I fire up the smoker. I can’t put my finger on it. Words like “pastoral,” “holistic,” and “terrestrial” spring to mind, but they aren’t quite what I’m looking for.

See, somewhere back in history, someone figured out that smoking not only preserved food, it also had the desirable side effect of adding intense flavour, especially to meats and fish, whose density and salty/alkaline properties react well to smoke. (The same applies to some cheeses.)

Today, I am smoking white beans—not for preservation; this is purely for flavour. They’ll become a smoky bean chili and the base for a savoury bean mash.

I can’t stray too far from the beans as they smoke today. (Hmm. It’s keeping me “connected”—that really was the right word.) Not only can they burn if left unattended, but I need to turn them occasionally for a uniform flavour. I also need to keep an eye on the embers, and possibly add more soaked alder to get that billowing white smoke back up to full strength.

Being made to take care of these beans as they cook isn’t a chore. It gives me time to think of the process. What I might create with them. What I can adjust to make these particular beans unique.

I don’t utilize smoking for preservation as often as I used to. I suspect I subconsciously opt for slightly faster methods because of the commitment of time. Time is crucial to the smoking process. Regardless of the procurement method, once you have the clean, trimmed meat, it needs to be cured with salt and sugar. By its very definition, this takes time. You need to properly soak the wood used to create smoke—otherwise, the fire will burn fast and dark, which will fail to preserve the food (and make it taste awful). You need to build the fire, and you need to encapsulate the smoke and food for the smoke to permeate the food’s outer edge, which takes hours at least, days at most. And throughout, you need to tend and adjust the fire to achieve the desired result.

But the time you put in extends your food’s shelf life considerably. There was an age where that was vital. Literally. That. Was. Life.

Having a storage of food during the peak of scarcity ensured you lived another year.

Recently, the concept of “food security” hit a whole new audience who had never before considered the concept that easily obtained food is not guaranteed. Even if only for a hot minute, grocery store shelves were bare. Flour was being rationed. Yeast had become a commodity. It was a wake-up call for a lot of people, and suddenly, home preservation methods like smoking and pickling became enticing. Social media burst alive with people taking their newfound extra time to get hands-on with food under the stay-at-home measures.

Actually, let’s talk about pickling: another easy and surefire way to preserve your bounty. My mother used to preserve and pickle when I was young; I remember her winning awards in the Comox Valley Fall Fair for her dill pickles. They were far too tart for seven-year-old me. It wasn’t until I grew up that I learned to enjoy (sometimes even love) pickles.

I think it’s that I used to see them as a food unto themselves, but that stark acidity was too much for my burgeoning palate. As I grew up, I could see their value as a condiment—something meant to enhance a dish.

Now I’ve come to love the stark contrast that pickles provide with fatty foods, and as a counterbalance to sweet foods. I literally wrote a book on it. (OK, it’s only the first chapter of the book, but still.)

My favourite part about pickling is the versatility. Pickle a cucumber? Sure. It’s plain but straightforward. It tastes like the sum of its parts. Add garlic and dill? Well, now it’s sublime! It’s become more than the sum of its parts; it’s a new flavour. Cauliflower? Sure. Cauliflower with ginger and turmeric? Now you’re talking! Not only are you creating new flavours, but you’re creating depth. Oh, and an extra benefit? The process keeps your food for a year at least.

Let’s face it: pickling and smoking are incredibly forgiving techniques with two of the world’s easiest recipes:

Quick pickle: A bit of salt, a bit less sugar, vinegar and water, and your pickling subject.

Smoking: Some salt, a little less sugar, cake around the meat. Smoke until desired.

Preserving simple foods using simple techniques can be vastly rewarding, and an easy way to build up your food storage for your own food security. I’d suggest starting at the local farmers’ market or a nearby farm stand for produce drawn directly from your immediate surroundings. You’ll get the best results when you start with the freshest ingredients.

And you’ll feel that connection, too! 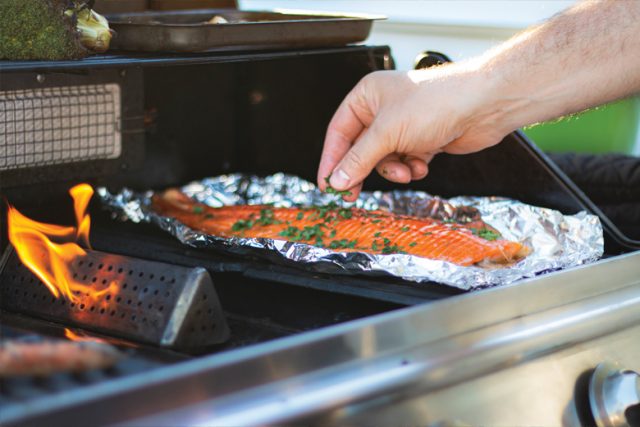